Pacific Asian Enterprises, builder of Nordhavn yachts, is pleased to announce that it has obtained a new location for its headquarters, which will house sales, project management, engineering, accounting, commissioning and shipping/receiving all under one roof. It also allows for the company’s projected expansion needs as they anticipate growth from increased sales and new designs in the coming years. 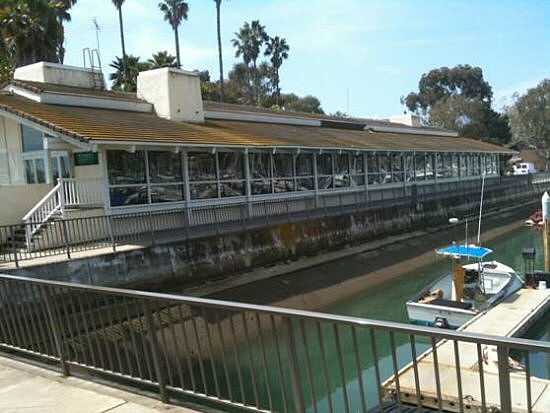 On March 22, after months of negotiations and discussions, the Orange County (CA) Board of Supervisors ratified the 30 year lease with PAE for the nearly 9,000-square foot building vacated by a local restaurant in January 2010.

Staff at the company’s Dana Point operations is housed in 6,700 square-feet of space currently split amongst five separate locations; unifying all the departments into one space has been a long-term goal of PAE ownership. “Communications and efficiency will vastly improve by having the entire company together,” said PAE President and owner Dan Streech. “And this will lead to a better customer experience for visiting clients.”

PAE plans to move into its new headquarters at the end of this year after spending approximately six months converting it into a state-of-the-art office. One part of the old beach house restaurant that will remain, however, is a six-foot section of the bar and several of the oak tables and chairs. It’s the location where the other two-thirds of PAE’s ownership team, Jim and Jeff Leishman, sat one evening almost 25 years ago, hashing out over a couple of beers the concept of a 46-foot long-range motor yacht. The result was the Nordhavn 46 design.

Founded in 1974, PAE has remained a fixture of Dana Point Harbor since its inception. Decades marked by vast growth prompted the company to branch out into other buildings within the harbor as well as in an office complex about a mile away. With 15 models in its current line-up and more designs on the drawing board, concerns over the current headquarter housing situation had grown. This new facility is the right move at the right time, says Streech. “We can move forward now knowing that we have room to expand as business improves in the coming months and years.”