The successful completion of a superyacht project is partly reliant on the professionalism of its suppliers. The 41.15-metre catamaran Royal Falcon One was in the making for almost a decade and finally joined the world fleet in 2019 thanks to her team of top suppliers pulling together. For the Thraki Yacht Painting team, she was an epic exterior paint project to accomplish. To find out more, Managing Director at Thraki Yacht Painting, Ritvan Metso, shared his insight on what it was like to develop this water-based spaceship. 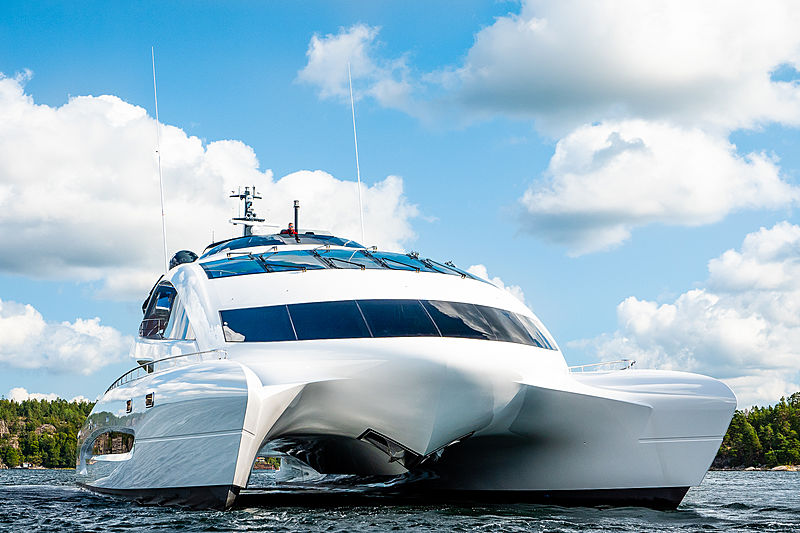 From the outset it was clear that Royal Falcon One was going to be a challenging undertaking due to her futuristic design. “The project had a number of outfitting stages and mobilisations,” explains Metso, “we started working on the project in 2011 and laid down the first fillers and after that, we brought in our staff according to the yard’s building plan. As subcontractors, we had to be proactive and responsive, which meant being on-site when we were needed to be and helping to lead the exterior build process so that all other trades could work efficiently,” he adds. 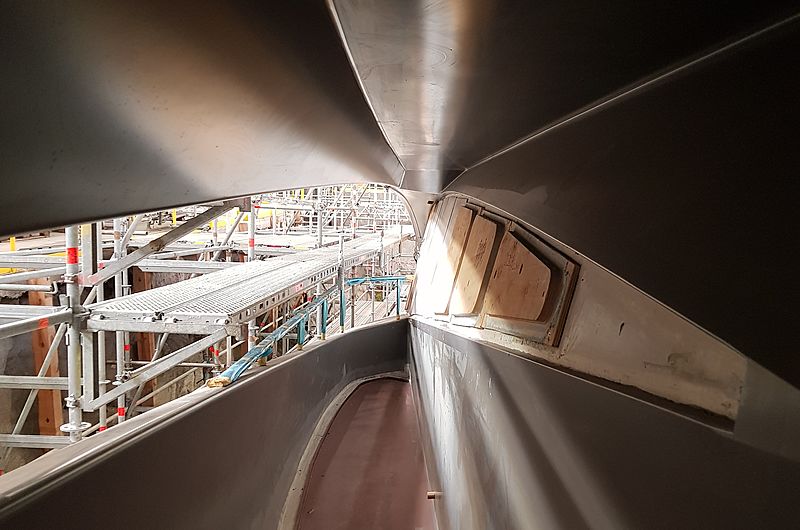 Royal Falcon One, which was built at the Sweedish shipyard Kockums AB to Royal Falcon Fleet naval architecture and Studio Porsche’s interior and exterior designs, is the first vessel to launch from the Royal Falcon Fleet 135 range. “The owner and Porsche have been quite inspirational in the design of RFF 135, which features diversely shaped structures and a combination of spherical surfaces with diagonal ones. The windows were flush to the surface, which was a very critical item for the durability of the paint system but equally as important for the aesthetic.” 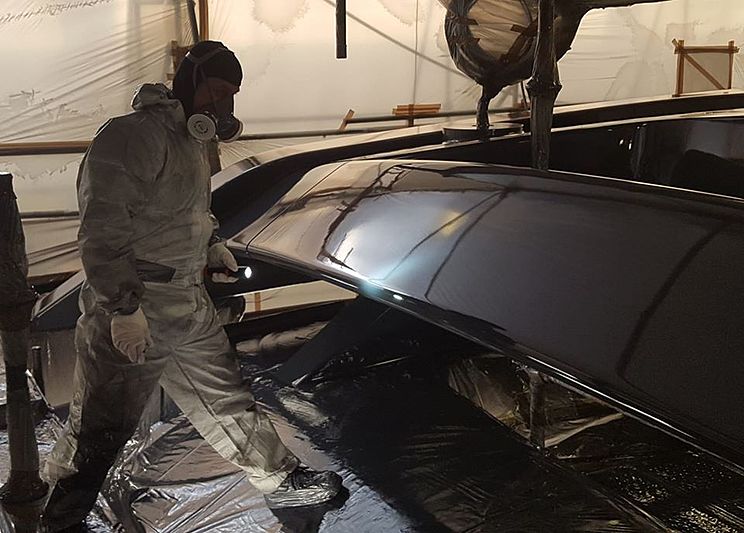 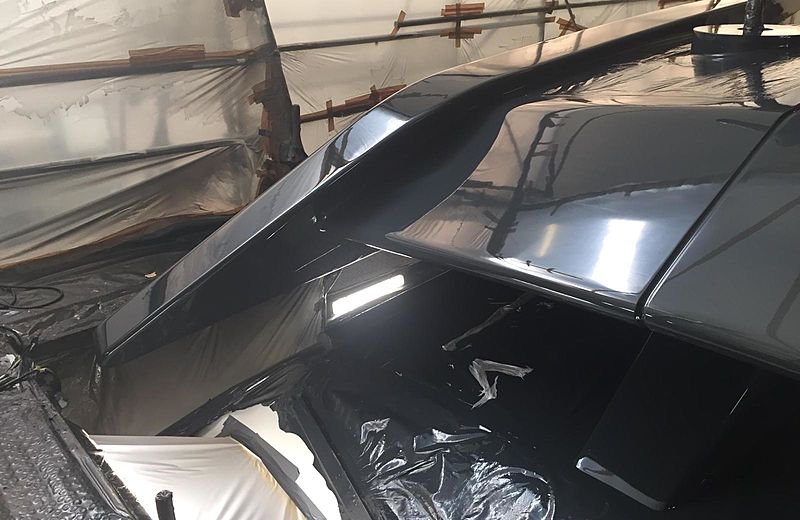 As for the brief given to the Thraki team for the paint job, “the idea was to have a paint system that would respect the concept of a high-speed multihull vessel and the unique Porsche Design aesthetic,” comments Metso. “The ‘surface stress factor’ on the filling works (to prevent potential cracking) is of great concern when working on such an extraordinary design. Taking this into consideration, we selected a filler system that would function well in terms of weight and flexibility in the long run. The topcoat was specified with a high solid basecoat/clearcoat due to its durability and maintenance benefits.” 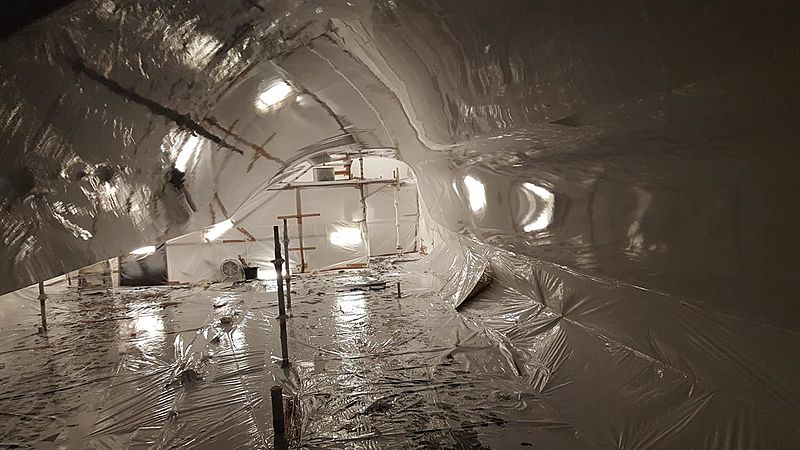 When asked about the team’s overall experience, Metso describes it as “Challenging. From the beginning, we realised that this was going to be an outstanding project with an eye-catching aesthetic appeal - especially since Porsche was involved and the owner had a clear vision to build a completely new concept, namely a ‘spaceship on the sea’.” 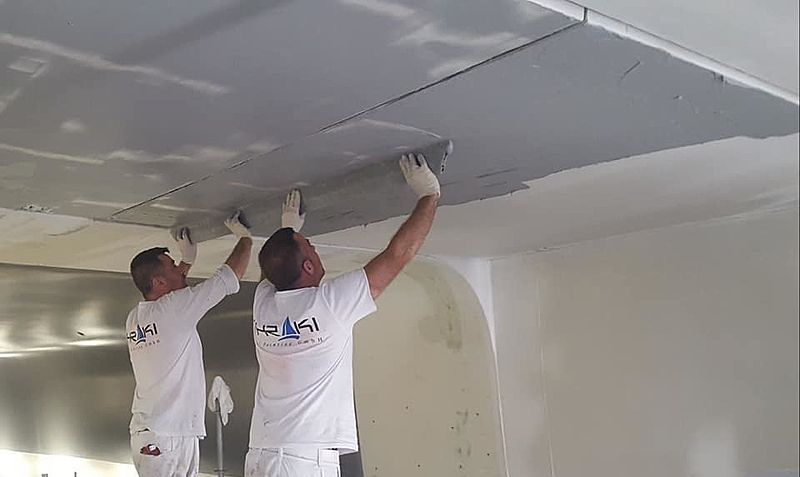 “We had to accept that it was not going to be easy due to the location and several design challenges. But when the time came to uncover the vessel, we felt that it was well worth the challenge!” As is to be expected on such an elaborate project, a few structural modifications were made during the process, ones which the Thraki Yacht Painting team managed to smoothly integrate into the scope of work on time and on spec. 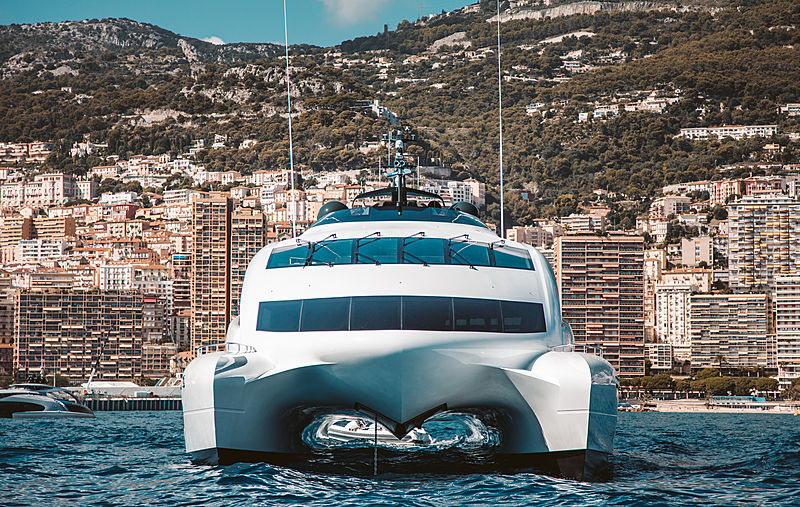 Photo: Charl van Rooy / SuperYacht TimesSince being launched in 2019, Royal Falcon One remains the one and only Royal Falcon Fleet 135 to be completed, and is she likely to inspire other owners to build their own? “We expect to see a new generation of owners in the near future, and for this we would need a sense of freshness in the field of yacht design. The Royal Falcon Fleet is an ‘inspirational provocation’ in that sense, but freshness in yachting is still very important. A key motivating driver for us is to turn the ordinary into the extraordinary.” 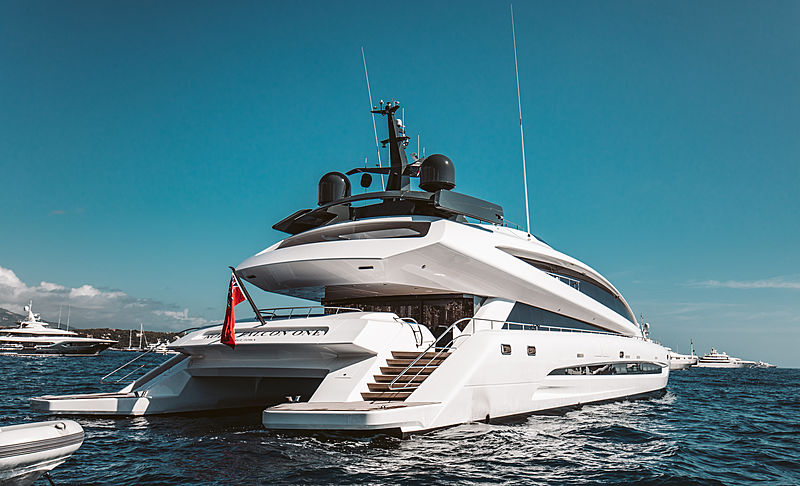 Photo: Charl van Rooy / SuperYacht TimesTo find out more about Thraki Yacht Painting and the services that they offer, please contact them via the details found below.

Insight: The whole is greater than the sum of the parts