Palm Beach Yachts International (PBYI) has announced that its yacht construction division has recently completed the overarching management on behalf of the owner of the 141’ Trinity Big City and has just signed a yacht construction management agreement with an owner to build a 150’ Pendennis S/V; Ron Holland Design serves as architect and interior designer. The PBYI project is due to deliver in December 2010.

Duane MacPhail, PBYI’s president comments about the firm’s ability to manage a superyacht’s build process for both power and sail owners, “For nearly 15 years PBYI has excelled in the exacting process of overseeing new yacht construction on behalf of our clients. Our owners have come to appreciate that whether their yacht is power or sail, we provide the critical yacht management role that encompasses the financial, logistical, operations and communications expertise they need.”

When PBYI works with an owner on construction of a new custom yacht, every aspect of the process is considered and carried through with exacting attention to detail. PBYI’s in-house yacht project management division offers this expertise through practical experience gained during the construction of a variety of boats and a comprehensive knowledge of shipyards, vendors and contractors. Further, PBYI’s expertise has been honed by creating synergy and teamwork amongst the variety of building partners so necessary to the on-time, on-budget completion of a superyacht.

According to Ron Holland, “The collaboration between Ron Holland Design, Pendennis Shipyard and the owner's project manager, Palm Beach Yachts International, has incorporated a wide range of experience and talent to ensure that this new performance-oriented cruising ketch is completed to the highest level of quality.”

PBYI’s newly signed 150’ Pendennis will yield a fast, comfortable high-performance cruising ketch with aluminum hull, a carbon fiber rig and retractable centerboard keel. The interior will feature three staterooms and a study with accommodations for ten and sleeping quarters for eight crew. 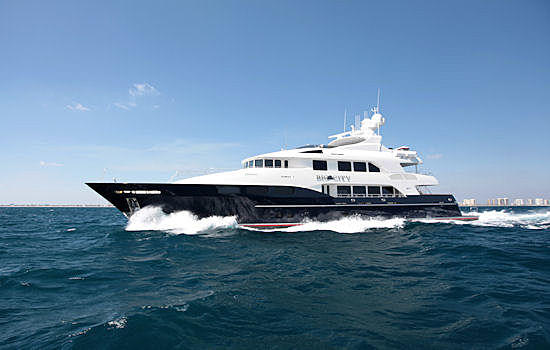 Big City, the 141’ Trinity that just launched and that Palm Beach Yachts International managed for her owner is a tri-deck motoryacht built with an aluminum hull and superstructure. She is powered by twin Caterpillar C32 Diesels (1,825hp each) and has both ABS Maltese Cross and MCA compliant classifications. Each guest stateroom is ensuite with a total of ten guest accommodations. Big City’s living areas include an open plan main/dining salon, a main aft deck, an oversized swim platform (fondly dubbed “The Beach”), a skylounge, Portuguese bridge and sun deck. A 32’ Intrepid, 18’ Nautica, two 3-man wave runners, water skis and snorkel gear provide ample tenders and toys for owners and guests alike. 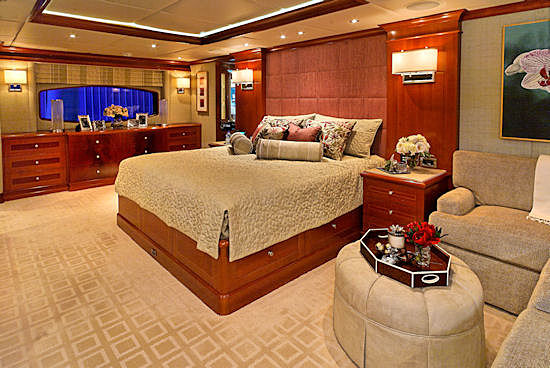 Patrick Knowles, Big City’s interior designer, knows well the intricacies involved in delivering owners the finished yacht that they had originally envisioned. Of PBYI’s ability to communicate the owner’s perception, Knowles says, “Duane MacPhail and the entire organization of PBYI project a clear and consistent directive regarding the owner’s desire. Their team is extremely organized and efficient in coordinating the efforts of the designer and the shipyard to ensure that the project remains on track and that the final result is exactly what the owner had envisioned. It has been an absolute pleasure collaborating with Palm Beach Yachts International.”