Organisers of the Palma Superyacht Show have announced that the next edition of the event has already surpassed expectations in terms of participation. As a result, the contracting process has now been closed, and there is an outstanding waiting list for participation. 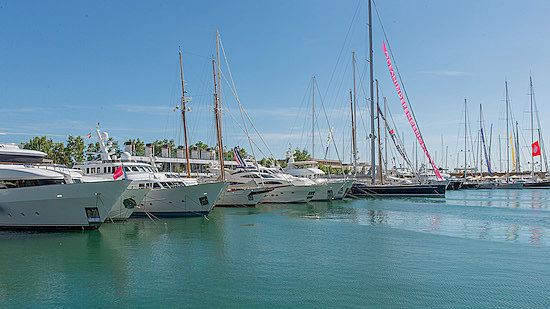 Furthermore, due to the unprecedented rise in numbers for the third edition, the exhibition space both on land and moorings has been increased. The number of boats to be present at the show has also increased, with over 70 vessels up to 65 metres on display, including Mondanga 2 and Eleonora.

Commenting on the rise in numbers this year, the Minister of economy for the Balearic islands Government, Mr. Joaquín García, says, "There are more requests from companies who want to participate then available space. This Boat Show has positioned itself as a national and international leader in the nautical world.”

The greatest success of this event, said the Minister, "is having the participation and involvement of all private sectors." Only then, as mentioned by the highest responsible of the Boat Show Palma, "we can reach and achieve the good figures already achieved the previous year, when we broke previous participation records of both companies and visitors.”

The Palma International Boat Show will be held from the 30th April to 4th May at the old dock of the Port of Palma.