Palmer Johnson have signed new contracts for a PJ170 Sportyacht and a PJ48 SuperSport. This will be the third PJ170 and the second PJ48M in these series. 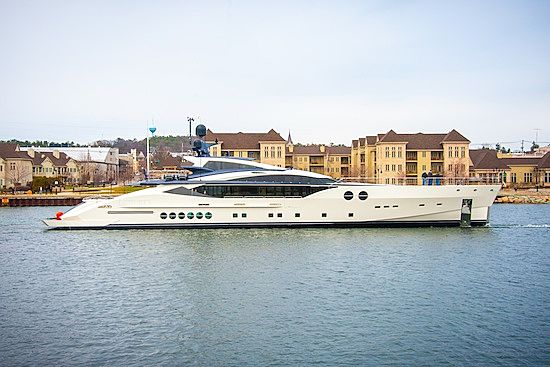 Palmer Johnson is currently delivering its second PJ170 Sportyacht and the first of its highly anticipated new generation PJ48M SuperSport this summer.

Both yachts have top speeds of more than 30 knots, are circa 500GT and 50 metres in length. The PJ170 has the classic and widely acclaimed Sportyacht lines, and is built in aluminium while the revolutionary and futuristic PJ48M is made from the advanced material of carbon.