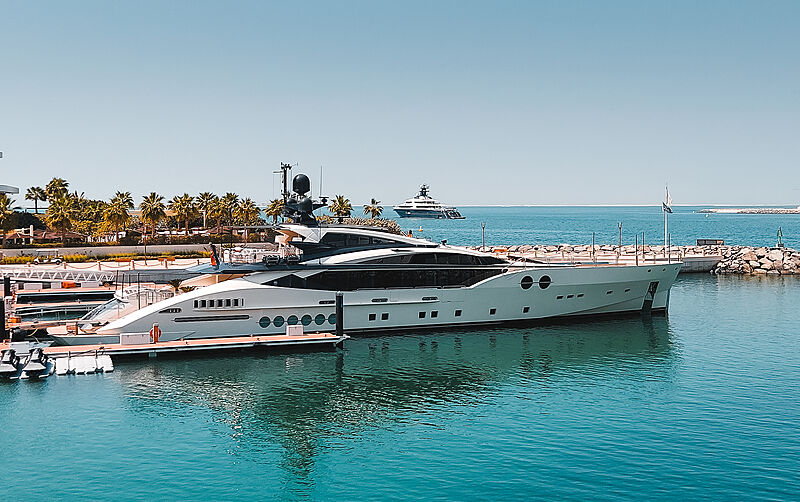 Photo: Khaleej YachtsBuilt by Palmer Johnson in 2014, the 52.2-metre superyacht Bliss is constructed entirely out of aluminium. She features an exterior and interior design by Nuvolari & Lenard, whilst Palmer Johnson was responsible for the naval architecture of the vessel. Bliss is the second unit in the brand's PJ 170 series that was constructed at its former facility in Sturgeon Bay, USA. The two other yachts in the series are the 2010-built DB9 and S (formerly known as Sanam) from 2016. The yacht is currently based in the Middle East and is seen here at the Bulgari Hotel Yacht Club in Dubai.