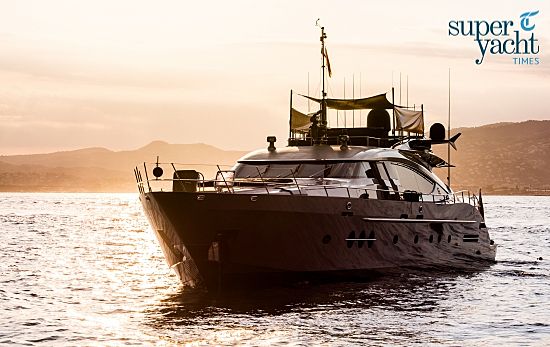 The 36.9m Palmer Johnson superyacht Vitamin was launched in 2009 at the company’s facility in Sturgeon Bay, WI in the United States, and has retained her name despite being sold to her current owner in 2012. Deigned by Nuvolari & Lenard, Vitamin accommodates 8 guests in 4 large staterooms, and forms part of the yard’s 120 aluminium series. She is powered by twin MTU engines allowing for a top speed of 28 knots, and cruising speed of 24 knots. Vitamin was seen anchored outside Port de Cannes during the 2015 Cannes Yachting Festival that took place last week.