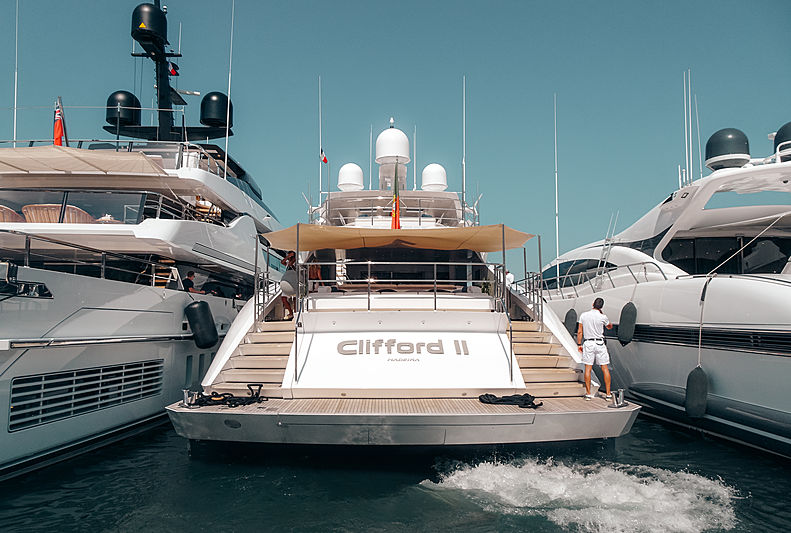 Photo: Aurélien Herman / SuperYacht TimesPart of Palmer Johnson’s successful PJ 150 series, the 45.7-metre motor yacht Clifford II hails from the sheds of the sporty American superyacht brand where she was built in 2008. Her award-winning exterior design is that of Nuvolari Lenard, the same studio behind the yacht’s interior. Inside, Clifford II accommodates up to 12 guests in five spacious staterooms. Powered by twin MTU 16V4000 engines, she reaches a top speed of 27 knots and cruises at 22 knots. A crew of eight is also accommodated for on board. Here she is seen departing from the port of St Tropez last week.