Pearl Yachts is set to make its entry into the superyacht market at Cannes Yachting Festival this year with the debut of its new semi-custom flagship model, the Pearl 95. The 29.2-metre model is the largest vessel to be built by the British yacht builder and is a step up from the shipyard’s previous model, the Pearl 80. 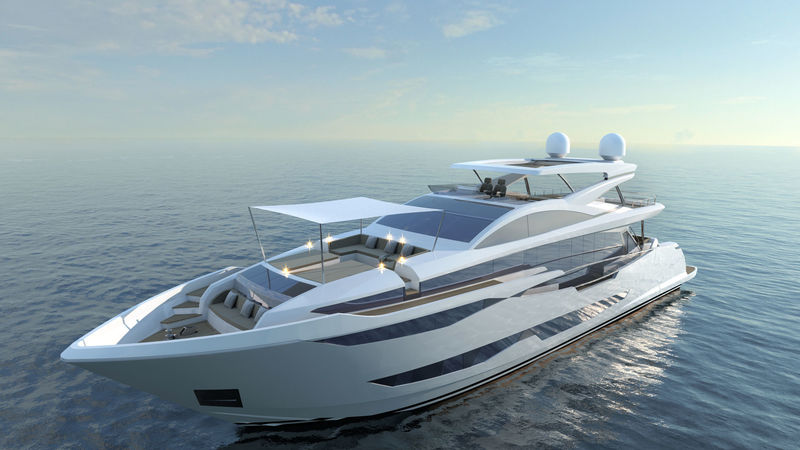 Photo: Pearl YachtsThe Pearl 95 sees the yard collaborate with Bill Dixon and British designer Kelly Hoppen on the exterior and interior design once more, who previously worked together on the Pearl 65 and 75. The new model’s premiere comes as Pearl Yachts marks its 20th anniversary this year and is described as being “even luxurious and breath-taking” than her smaller sister yachts. 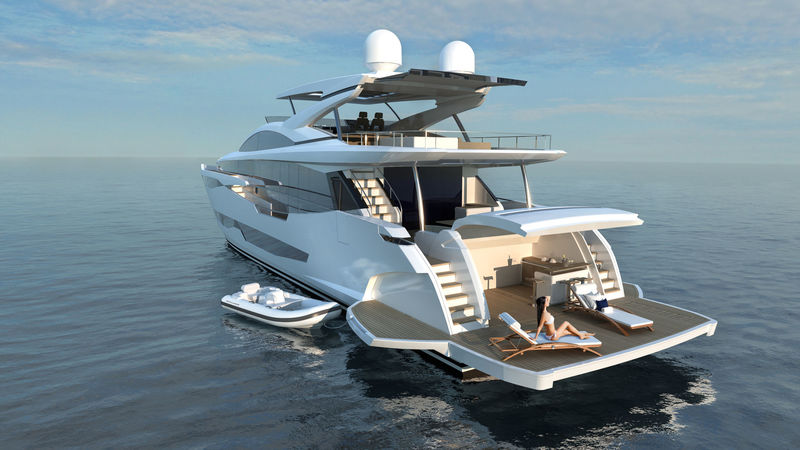 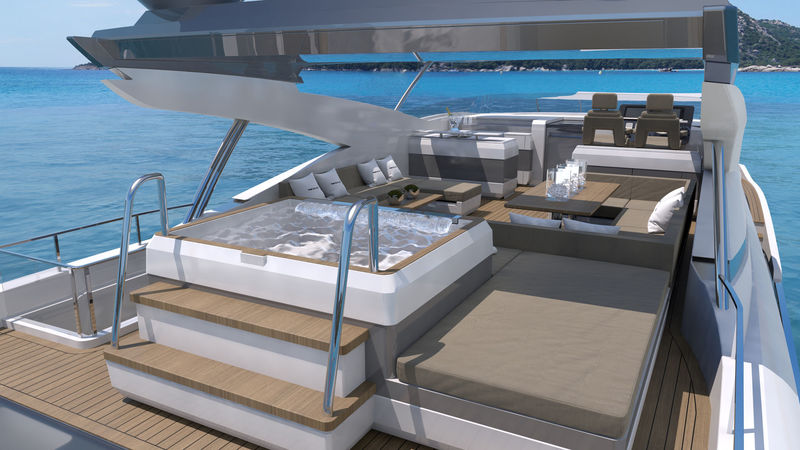 Photo: Pearl YachtsDesigned by Dixon Yacht Design, the exterior reflects the yard’s “sporty ethos” as it boasts a semi-raised pilothouse design with a voluminous interior. The interior, which is said to be innovative, features glazing illuminating throughout to add to its feeling of spaciousness. Able to accommodate up to ten guests in four or five cabins, future owners will be able to select their own interior layout. 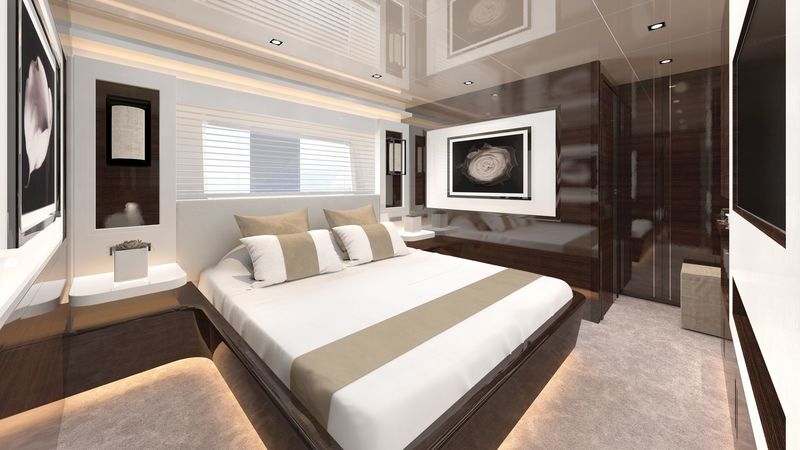 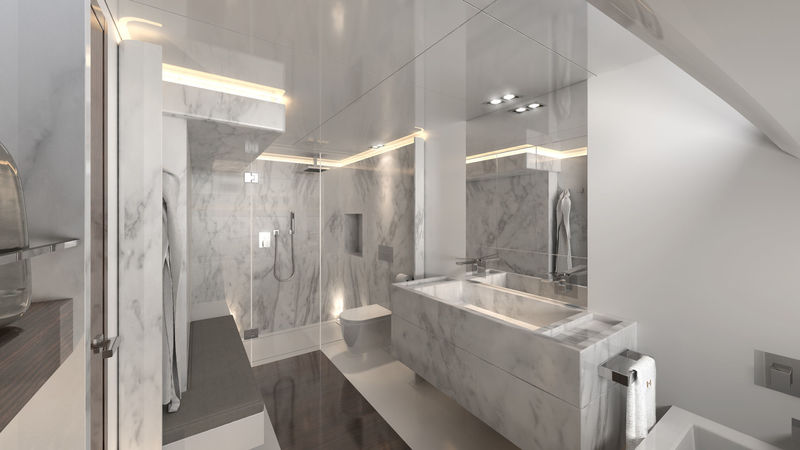 Photo: Pearl YachtsThe master’s cabin is located forward on the main deck and features a full-beam design, to help maximise the space. Four additional guest ensuite cabins are located on the lower deck, two double and two twins, but owners can also opt for a full beam VIP cabin with private bathroom and dressing room in lieu of the two double cabins. The Pearl 95 can also accommodate four crew members, in addition to the captain’s cabin towards the bow.  A substantial part of the main deck saloon is dedicated to dining, as the area features a table for eight next to an L-shaped sofa. 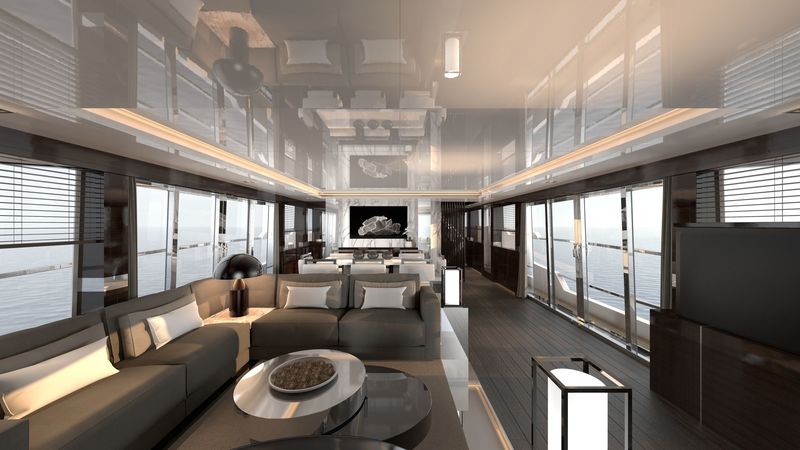 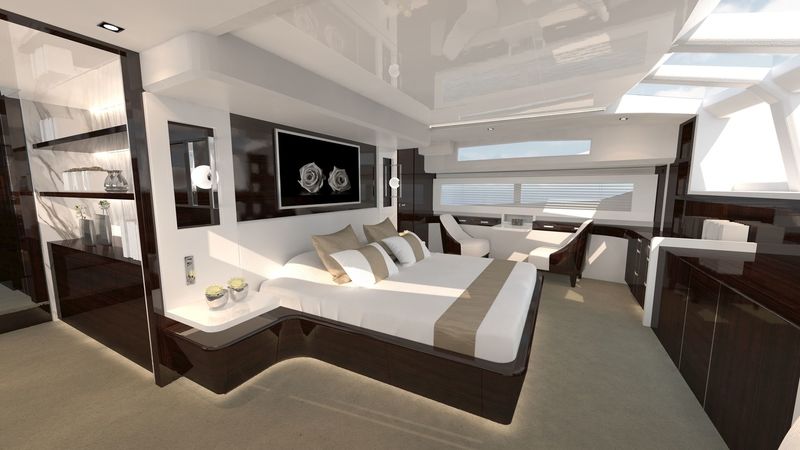 Photo: Pearl YachtsThe main saloon also features floor to ceiling side doors which slide open on three sides of the saloon to connect guests to the outdoors. Stand out features include the tender and toy garage, which doubles up as a beach club, complete with a bar when the tender is launched and an area forward named the ‘foredeck sun lounge’ which offers areas for sunbathing. 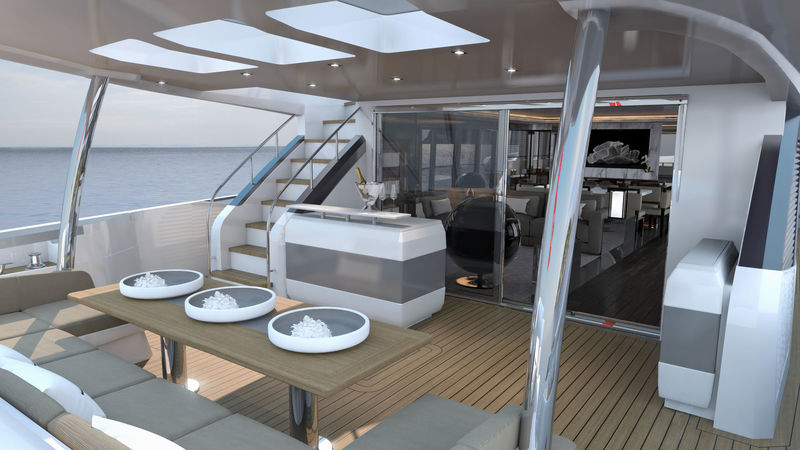 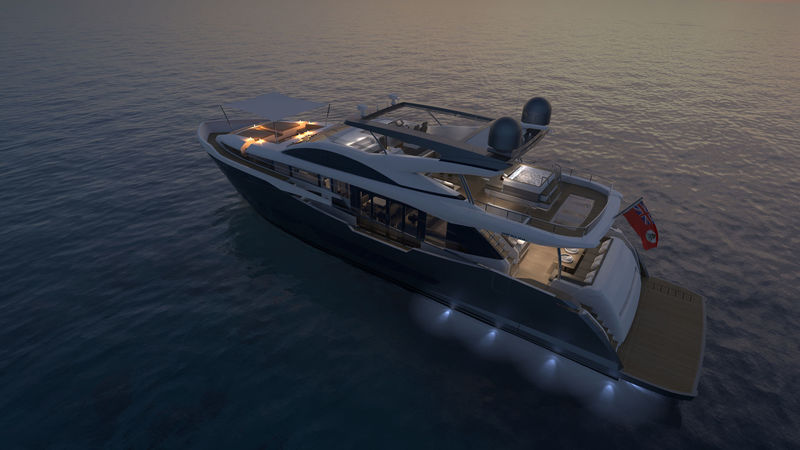 Photo: Pearl YachtsThe Pearl 95 is powered by twin MYU 16V M96 2400 hp engines, which give her a top speed of 28 knots and a cruising range of 380 nm. But potential owners of this semi-customer model can also select from other engine models, like the Caterpillar C32 1925hp and MTU 16V M96L 2600hp engines. The debut of the Pearl 95 comes nearly three years after the British shipyard announced its plans for the flagship model. The first Pearl 95 was previously scheduled for completion in Spring 2017.