The second day of regattas was a special occasion for Southern Wind both onboard and ashore. A constant wind of 15-18 knots from north west guided the yachts in a zigzag route among some of the most beautiful islands of the archipelago, and included two long legs upwind followed by a turning point in front of Spargi Island and a final with gennaker hoisted.

Grande Orazio gave an excellent performance, leading the fleet along the whole route and gaining the top of both rankings, the SWS and C class. Cape Arrow took second place in the ranking of SWS Trophy after displaying a winning strategy of breathtaking tackings near to the coast. After the exciting regatta, crew members and the SWS family guests attended the Southern Wind Dinner Party in Poltu Quatu.

There was concern that the 4th regatta may have been cancelled due to lack of wind, but after a long wait at the starting line, sails were hoisted and the race began. The shortened course of 20 miles among the islands in light wind conditions of 6 to 11 knots grouped the fleet, engaging the yachts in frequent tacking and jibing and turning the race into an exciting show.

Cape Arrow, SW 100 RS, achieved the overall second place and third in the Loro Piana Superyacht Regatta Class B division, while Whisper, SW78, ended in third place. The veteran of the fleet, SW 100 Farewell offered exquisite banquets on the quayside of C pier. 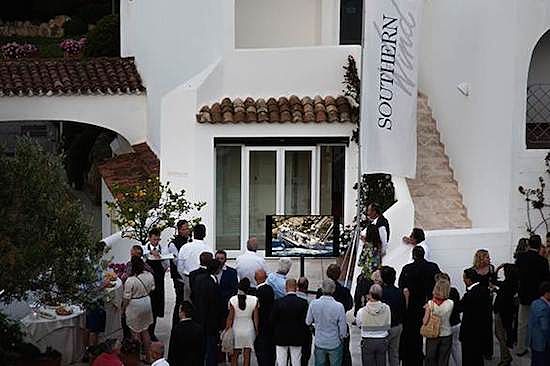 After another successful edition concluded, the SWS Trophy will return on June 2016, also marking the 25th anniversary of the event.