Perini Navi has announced the delivery of superyacht Clan VIII, a 45 metre sloop, the 53rd unit in the fleet. She was launched on September 6th. Clan VIII, the result of a collaboration between Perini Navi’s Design Team and Ron Holland, is the fourth of the steel-hulled 45-metre series delivered by the Perini Navi Group. 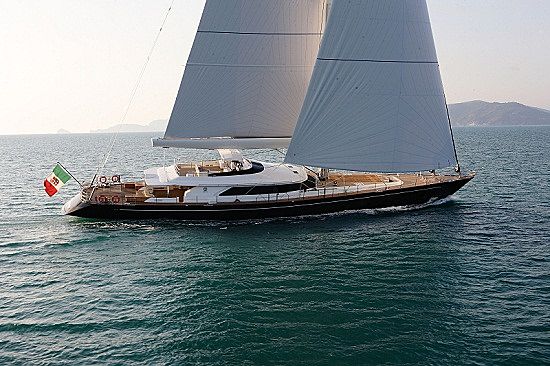 This sloop features all the hallmarks of Perini Navi yachts, including a spacious flybridge and the opening stern which reveals a structural staircase that descends to a 7m2 swimming platform which complements a lateral opening shell door on the yacht’s port side. 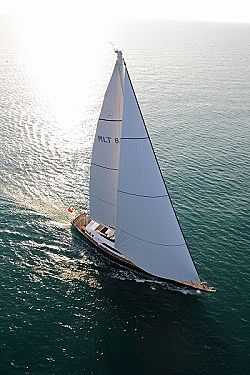 The Perini Navi-built mast rises 52 metres above the waterline and the vessel carries an upwind sail area of almost 900 m2. The centreboard affords a draft of 3.9 m with the board up to 8.75 m down and in conjunction with her efficient appendages - including a rudder with a relatively high aspect ratio - and large sail area provides the best possible sailing performance for this ocean cruising yacht boasting a particularly large internal volume.

The interior of Clan VIII, designed in-house by the Perini Navi Design Department, is inspired by a classical yet contemporary allure where ebony and teak combine to create a truly elegant marine ambiance, thanks to the unmatched quality of the execution.

The delivery of the 53rd vessel in the fleet confirms the continued strength of the Perini Navi Group which, in 2011, has also delivered the 10th 56-metre ketch: SY Fidelis and the 55m MY Galileo G, the second Vitruvius® series yacht built by the Picchiotti brand.