During a recent visit to the Perini Navi headquarters in Viareggio, SuperYacht Times was shown its Mock Up Area. Housed in a hangar just across the road from the administration building, are two life-size models of the aft sections of two sailing yachts currently in build. 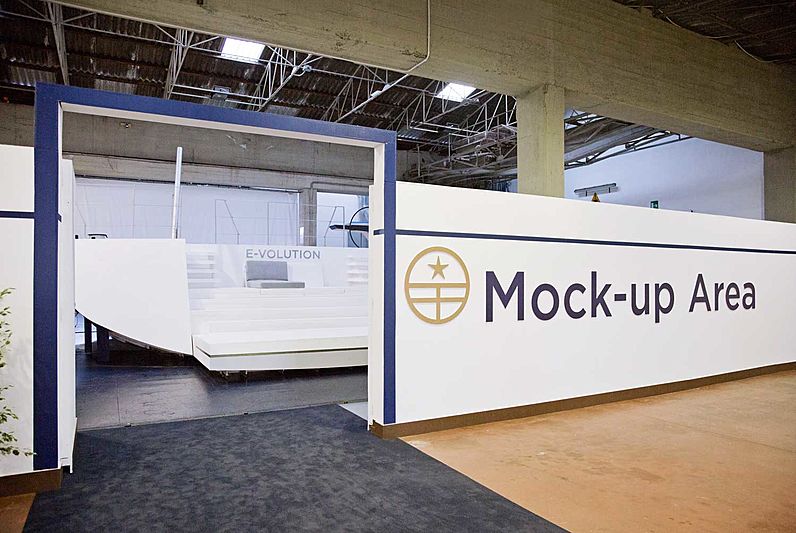 Photo: Justin RatcliffeOne model is of the 42-metre E-volution, which will arrive at Perini’s facility in La Spezia in early March for finishing and delivery in 2020. The second is of the 47-metre E-volution with flybridge, which is being built on spec at the Yildiz yard in Istanbul and is for sale.

“We decided to build the mock-ups for two reasons: firstly to give brokers and prospective clients an idea of the size of the new aft deck design, and secondly so we could have an actual physical model to work on ourselves,” says Franco Romani, director of the design department at Perini. “Being able to walk the aft decks gives a much better idea of the available space than any photo-realistic render.”

Even more revealing was a comparison with 48-metre Morning Glory that was moored stern-to outside. Launched in 1993, the classic steel-hulled Perini has a maximum beam of 9.2m, but the transom narrows to around 5 metres 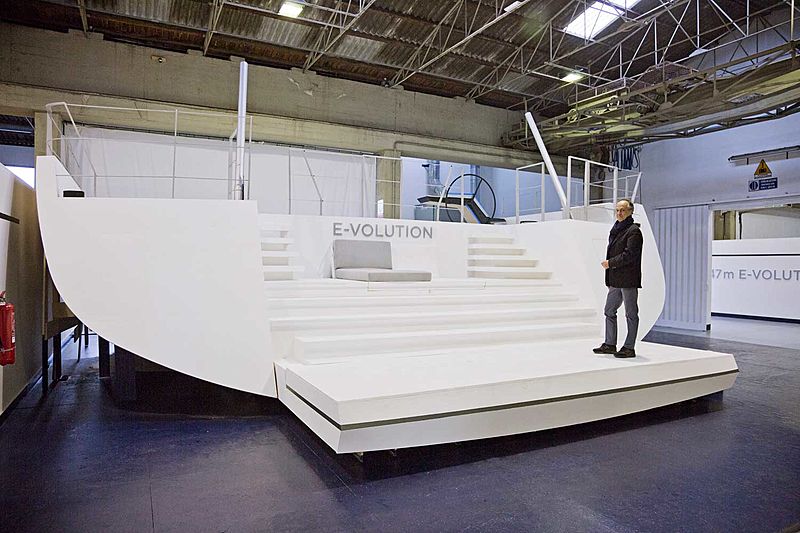 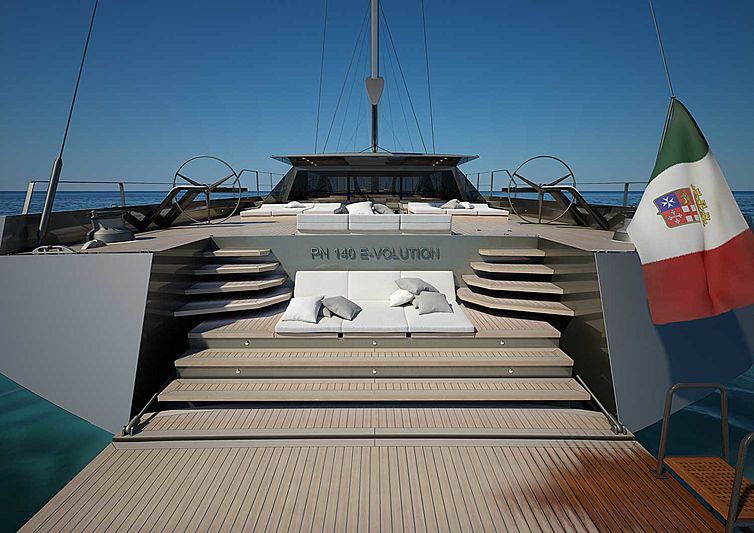 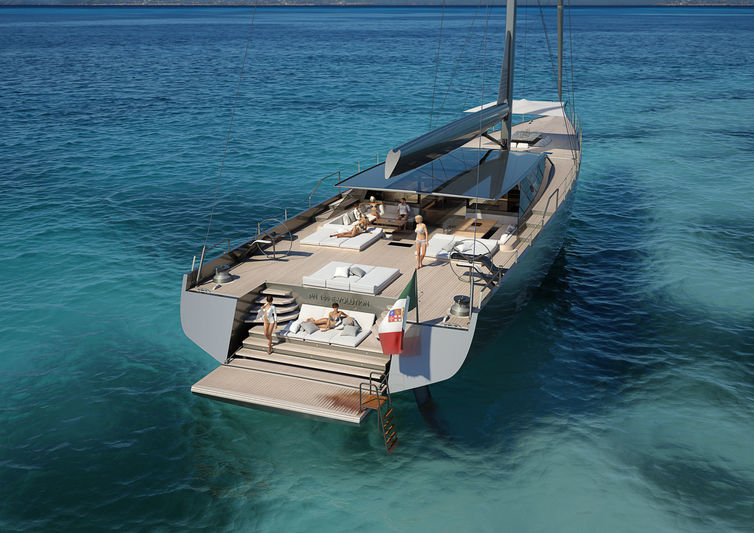 The more modern hull shape of the E-volution series means that the maximum beam is maintained over much of the aft section of the yacht, providing better seakeeping and performance but also more beach club space on deck. The 42-metre E-volution, despite being shorter, has a transom that is over nine metres wide and a transom platform that folds down to reveal a sea-level alcove with staircase access on both sides.

The 47-metre, on the other hand, has an open transom that is 10 metres wide with a terraced aft deck to bring guests into closer contact with the water. The distance from the sliding glass doors of the main salon across the open deck to the steps down to the transom beach club is 11 metres. Instead of a swim platform, a Transformer-style staircase provides access to the water. 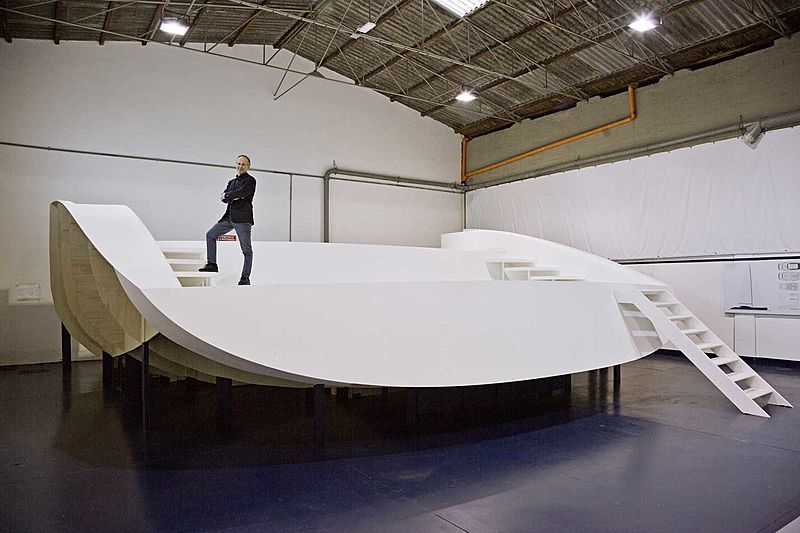 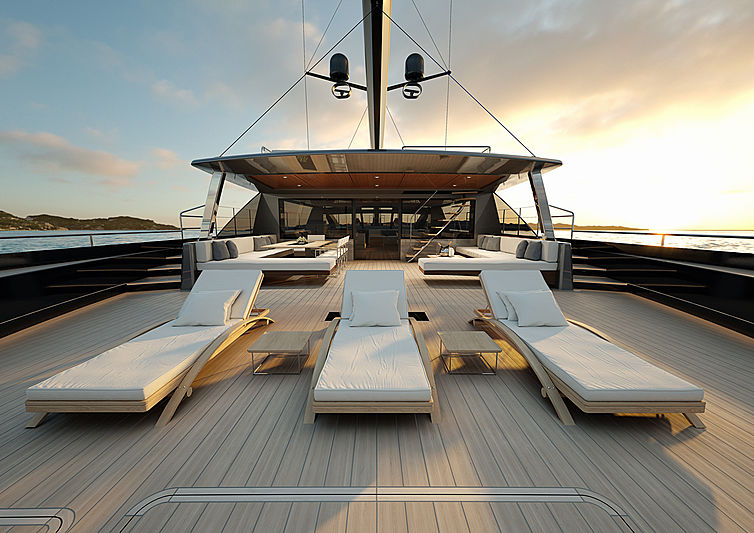 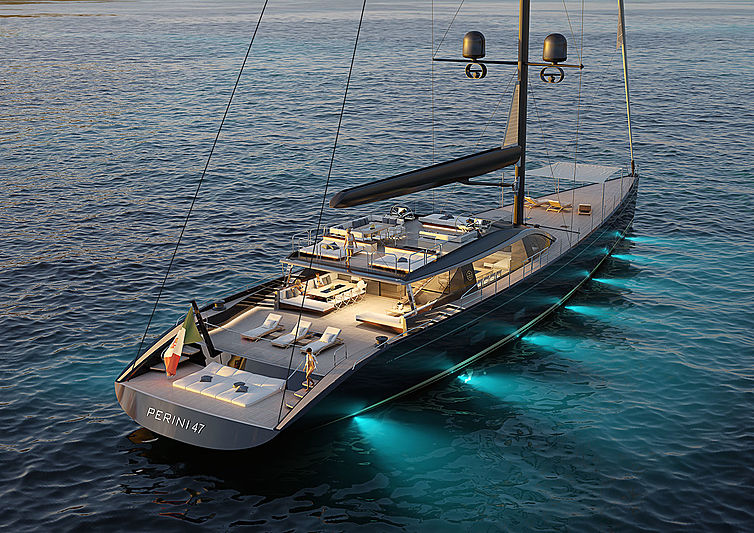 “Because the boat is so much wider aft, the flybridge is wider too,” says Fabrizio Sgariglia, sales director of sailing yachts. “In fact, the footprint of the fly on the 47-metre is around twice the size of 45-metre Fivea or Clan VIII.”

With naval architecture done in-house, the 47-metre will also be the first to feature Perini’s newly designed swing keel that does away with the skeg housing for more efficient performance.

6 February 2019 15:30
New-Build
The exterior styling of 80-metre yacht Artefact is striking enough, but behind those mismatched windows, her technical design is equally groundbreaking. During a recen...

17 December 2018 09:45
New-Build
After completing her first stage of construction at Perini Navi’s shipyard in Turkey, the Italian brand transported its latest motor yacht project across the Mediterra...

22 November 2018 10:45
New-Build
Italian yard Perini Navi has announced the sale of its second 42-metre sailing yacht from the E-volution line and the first of the E-volution GTS. The sale comes 4 mon...

30 September 2020 14:00
Business
As Part of Planetary Health Week which took place earlier this month, Credit Suisse and the Yacht Club de Monaco have announced the launch of the Superyacht Eco Associ...

30 September 2020 08:00
Refit
Cruising out of Palma earlier this month was the 73.98-metre Cocoa Bean, whose three-phased refit project has been officially completed. Launched in 2012 by Trinity Ya...

1 October 2020 06:00
Photo of the Day
Built in 2008 as the sixth unit in Palmer Johnson’s popular PJ 120 line of performance motor yachts, My Izumi’s sleek and aggressive design is the work of Nuvolari Len...