Perini Navi has signed two contracts in August for the construction of a 50 metre sailing yacht, and a 73.30 metre motor yacht from its Picchiotti-Vitruvius® series. 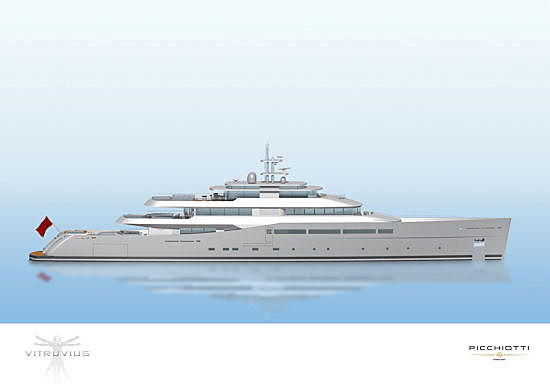 The Perini Navi Group, which has entered the motor yacht market only two years ago with the relaunching of its Picchiotti brand, celebrates the third contract for the new Picchiotti Vitruvius series. The first two models, a 50 metre and a 55 metre, are currently under construction.

The two contracts, one for the Far Eastern market and another for the American market, reinforce the leadership of the Italian shipyard, which is based in Viareggio.

The order backlog of the Italian group has weathered the current recession extraordinary well, and now amounts to EU 230,000,000, with 7 units under construction for delivery in the next few years.