The Perini Navi Group has announced the completion of the sale of C. 2114, the 4th boat to be commissioned in the 45 metre series of the Perini Navi fleet. Delivery is scheduled for late summer 2011. 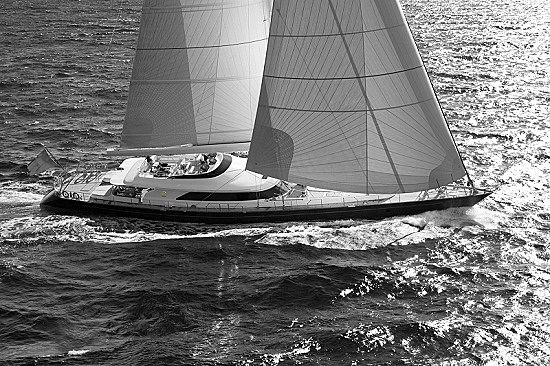 This yacht, a collaboration between Perini Navi’s naval architects and Ron Holland who has optimized hull lines and the sail plan, is the fourth 45 metre yacht to be launched to date by Perini Navi. The steel hull and aluminium superstructure were completed at Perini Navi Group's Turkish shipyard, Istanbul – Yildiz, and towed to Viareggio where she will be fully outfitted for delivery scheduled for late summer 2011. 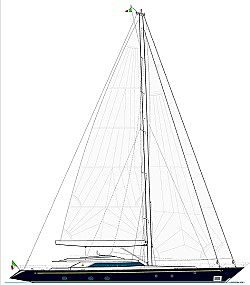 C.2114’s Perini Navi-built aluminium mast is over 51 metres high and carries a sail area of almost 1,200m2. The carbon fibre boom is equipped with electric furlers that store the mainsail within its structure.

The interiors were designed in-house by the Perini Navi Design Department. On the main deck level there is a saloon with both living and dining areas where up to eight people can be seated comfortably. The lower deck has four cabins: a full-beam in-suite Owner’s cabin aft, and three guest cabins one with a double and the others with two twin beds. All cabins have private bathrooms.