Ahead of her 2021 delivery day, the aluminium hull of the 36-metre shadow yacht has been turned at Alia Yachts. Once completed, she will support Project Phi currently in build at Royal Huisman. 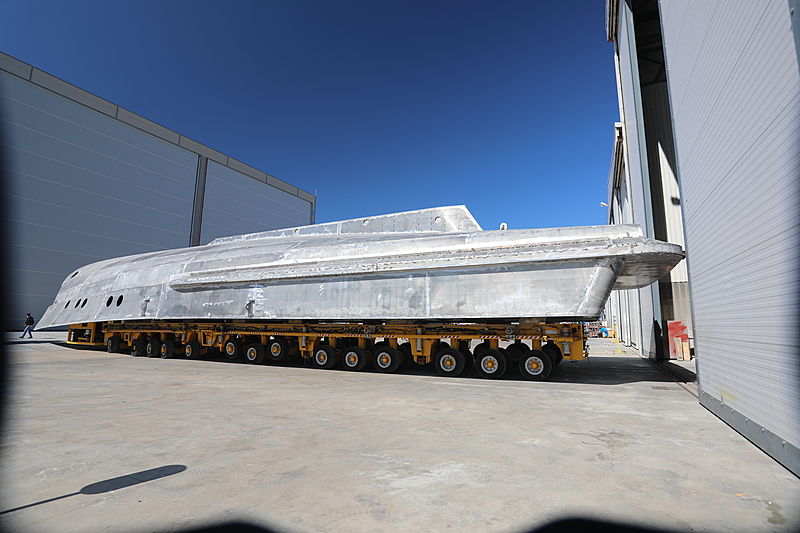 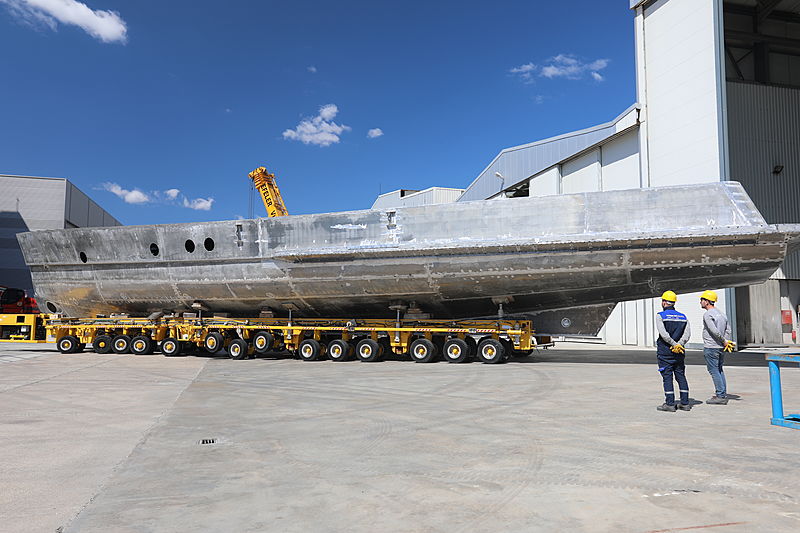 Photo: Alia YachtsBoth the shadow vessel and the mothership have exterior styling by Cor D. Rover and naval architecture by Van Oossanen. The 199 GT shadow superyacht will sport a 157-square-metre cargo deck, a 45-square-metre lazarette and separate workshop area to serve the mothership with extra fuel, transport tenders, toys and a small car. She will also feature a large laundry, additional crew accommodation. 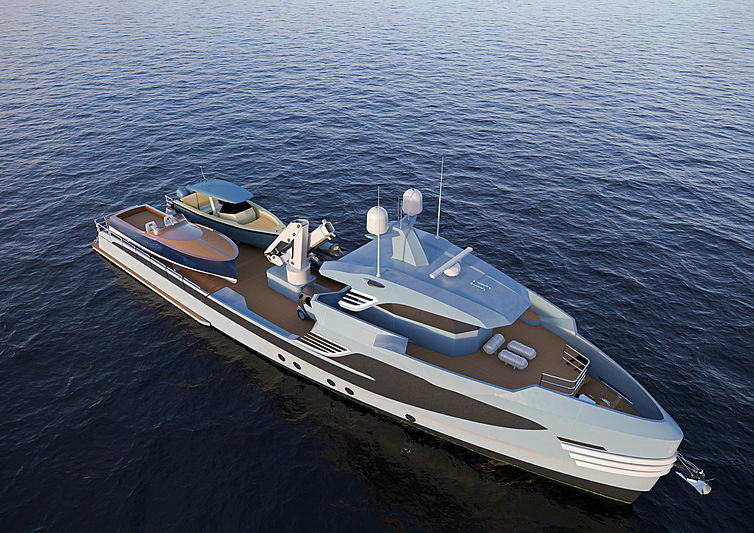 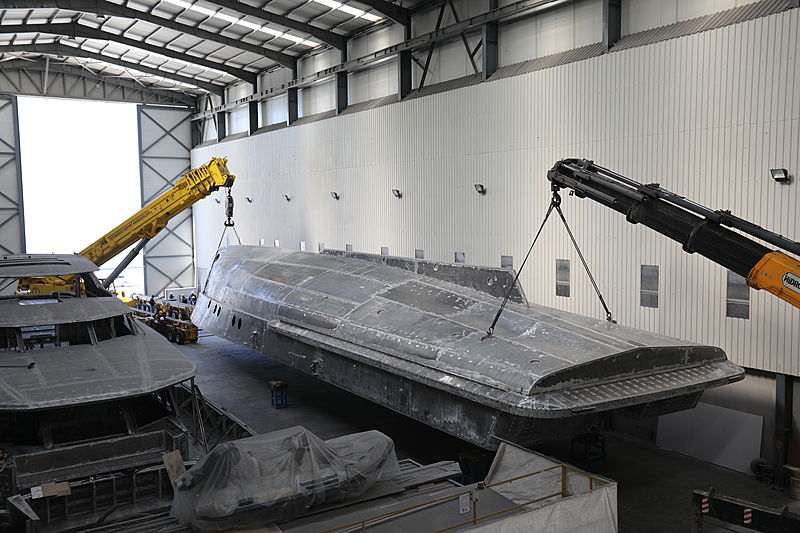 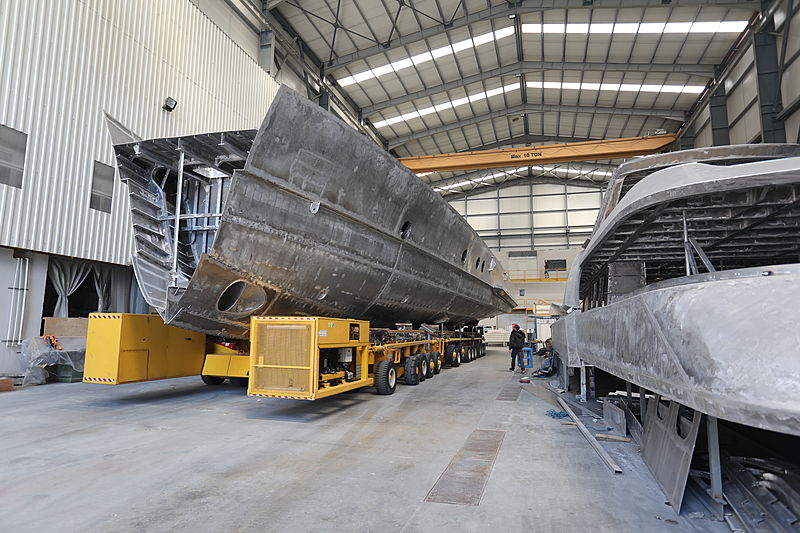 Photo: Alia YachtsDutch designer Cor D. Rover explains: “Although she’s basically a workhorse with lots of storage for tenders and ’toys and a big 11.5-metre reaching 15,500kg capacity crane, the exterior lines and details have been styled to resemble the mothership. So, there is a distinct family resemblance, but as a shadow vessel her prime function is to support the bigger yacht.” 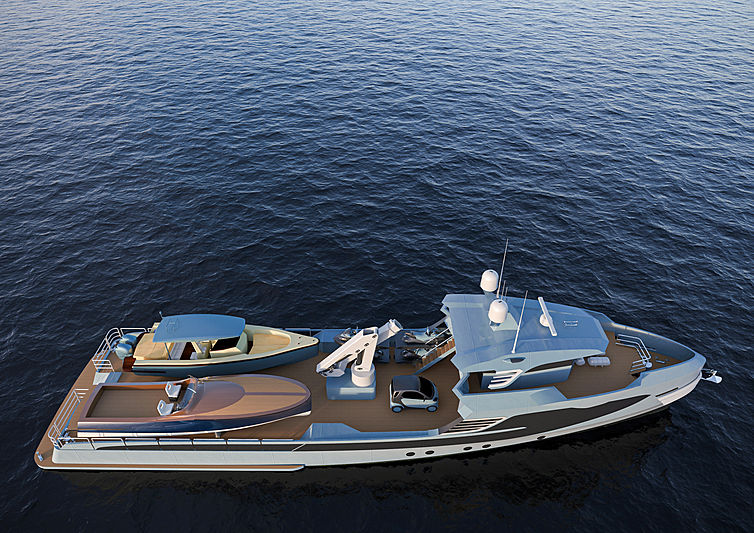 Photo: Alia Yachts"We developed the naval architecture and engineering together with the captain, who provided a lot of input,” adds naval architect Perry van Oossanen. “Like the mothership, the vessel has a fast Displacement XL hull form, which combines the speed and efficiency advantages of the FDHF concept with the maximum length within a given gross tonnage category for optimal seakeeping and comfort.” 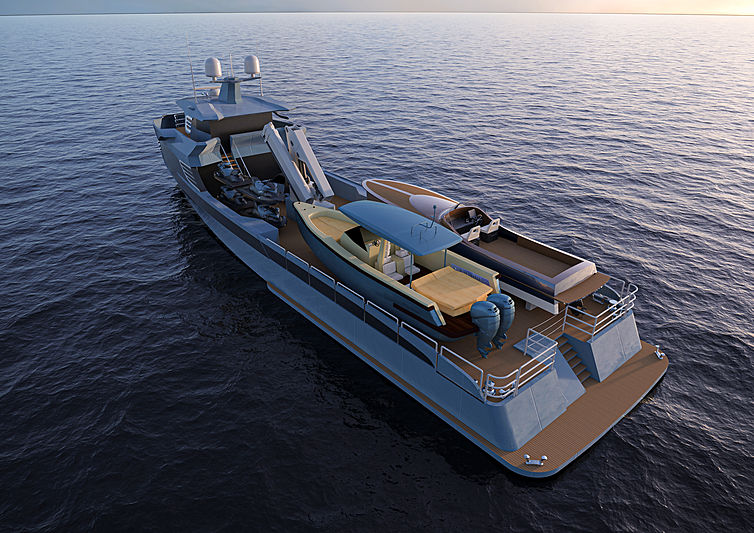 Photo: Alia YachtsTo ensure she will have the autonomy and performance to travel ahead of the mothership, the new shadow yacht will be powered by twin CAT C-32 main engines to reach a top speed of 21 knots and a range of 4,200nm when cruising at 12 knots. Gokhan Çelik, president of Alia Yachts concludes: “This is a very interesting project for us which we foresee will provide a platform that can be adapted to meet the growing needs of other superyacht owners. The principle challenge is that it has to be fast but also versatile and efficient. I’m particularly happy because the owner decided to build with us after visiting the shipyard and seeing the quality work we do.”