Home > News > Photo of the 67 metre Destriero in Germany

Once the world's fastest vessel to cross the Atlantic, the 67 metre Destriero nowadays seems to have lost her grace, laid up at an undisclosed location in Germany, where one of our readers recently took this photo of her. 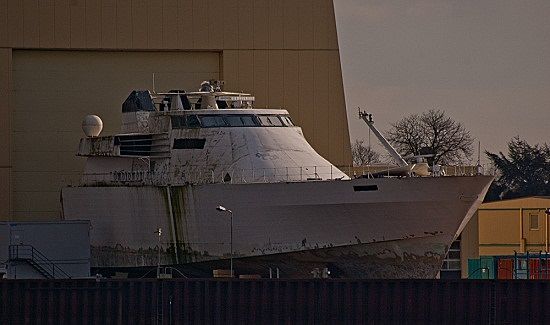 The vessel was originally fitted with triple GE LM1600 gas turbines, giving her a top speed of 59.4 knots. Destriero crossed the atlantic in 1992, at a 53.1 knots average, without refueling. It took Destriero just over two days to do so.