Photographs have been captured of the Freire 112-metre explorer superyacht, hull number 724, as she enters the next stage of her construction at the Spanish Freire shipyard in Vigo Galicia. The hull of this impressive explorer superyacht is due to be launched into the Ria de Vigo river this year, with a final delivery date for the yacht expected in 2022. 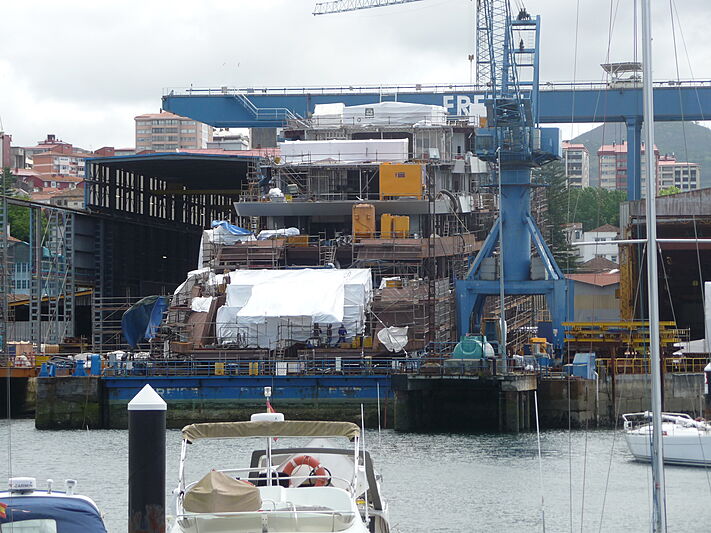 Photo: Javier JACThe superyacht has large deck spaces and her superstructure is made from steel and aluminium. Little information has so far been released about the superyacht, but once launched, she will be one of the largest superyachts to have been built in Spain. 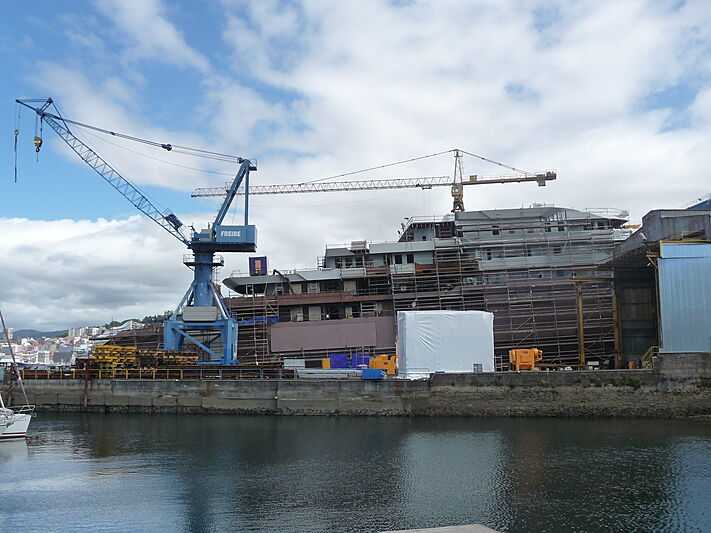