Home > News > Photos of superyacht A being refitted in Aucland

One of our readers has send us this photo of the 119 metre superyacht A, docked in Auckland, New Zealand. A currently has her stern tented up, and it looks like painting is underway. A recently became world news, when rumours were picked up by mainstream media about a previous paint job done elsewhere, that had gone wrong. 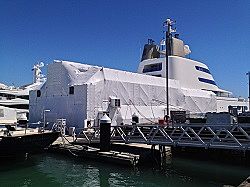 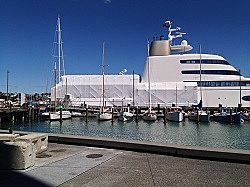 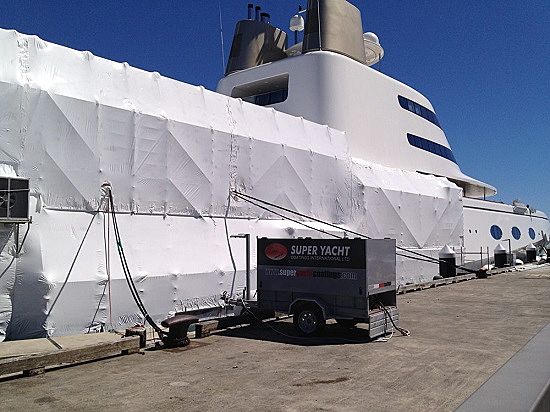 Designed by Philippe Starck, A is powered by twin 6.035hp MAN RK280 Diesels, providing speeds up to 23 knots.