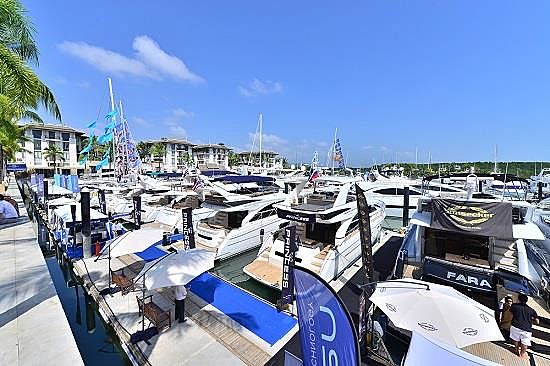 The move by the organisers back to the traditional January timing was vindicated immediately with sales on the first day of the Show. By the Show's end boats, property and Harley Davidsons were sold, strong contacts established by all and the health of the marine industry in Thailand reasserted. 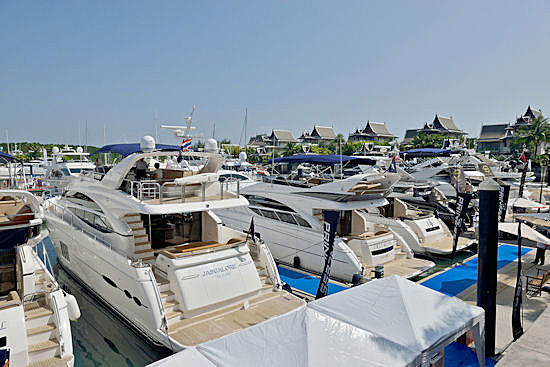 3,800 visitors from 56 countries enjoyed PIMEX of which 54% were from overseas. Famed for having the largest selection of boats in-the-water of any boat show in the region, PIMEX out did itself this year with the largest boats ever, and the best quality ever in the marina. Seventeen boats over 20 metres, including two superyachts, made for a spectacular in-water display totalling over 695 metres of boat. 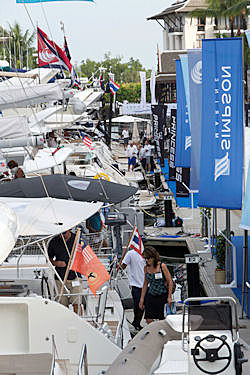 There was successful business at the Show for Majesty Yachts and Silvercracft, both represented by Go Boating Thailand, Multihull Solutions and Harley-Davidson, as well as a number of real estate sales, and more are expected from the quality leads reported by exhibitors both in-the-water and the exhibition hall.

“There is no doubt that this year's PIMEX was a great success. Tangible sales at the Show and strong leads reported by many exhibitors underscore PIMEX as the leading consumer platform for the marine industry in the region,” said Andy Dowden, PIMEX Show Director.

“Phuket is the yachting playground in Asia, and combined with its established marine facilities and being a lifestyle haven of choice for many high net worth individuals, Phuket will continue to lead the boating marketplace for many years to come,” added Dowden.

Phuket has been recognised as a leading destination for Meetings, Incentives, Conference and Events (MICE) in Thailand and as such has the infrastructure to support and foster further success for PIMEX.

“Phuket as one of the MICE cities in Thailand with an important economic and commercial hub is perfectly geared to the needs of the yachting industry and tourists alike, and offers an unmatched diversity of leisure opportunities to suit everyone. Phuket is also ideally positioned as a hub for regional marine events such as PIMEX 2014,” said Jaruwan Suwannasat, Exhibition and Events Director, Thailand Convention and Exhibition Bureau. 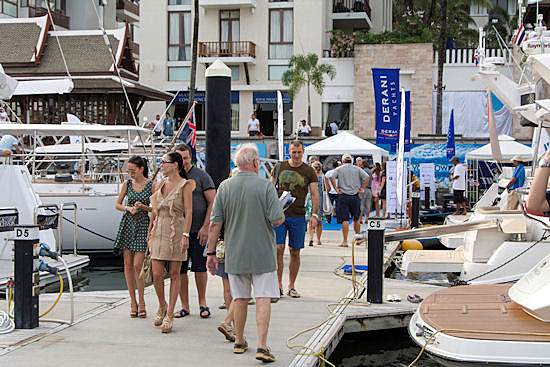 The size of boats on display this year was testament to comments by many of the dealers in the Show that the larger models were proving to be the most successful in terms of interest and sales in recent years. No more so was this evident than with the presence of Simpson Superyachts, who together with Simpson Marine had the largest display in the Show this year, including two brokerage superyachts.

This year at PIMEX we decided to take it one step further than last year. Last year we had five yachts in the Show... and sold four yachts off the back of last year's show. So this year we decided to invest more and have a much larger presence, and so we have eight yachts in total,” said Paul Whelan, General Manager of Simpson Marine (SEA) Pte Ltd.

PIMEX continues to blend marine and lifestyle, attracting more and more international boat buyers and lifestyle-lovers, and this year the targetting of Russians by the organisers proved to be very successful with Russians being the single largest nationality of visitors, many of which were serious buyers. 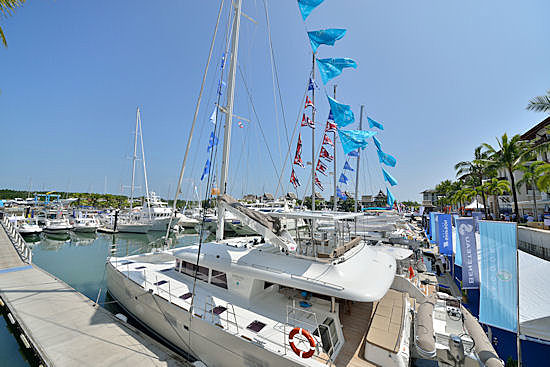 Boats – power and sail – from nine to 106 foot, luxury real estate, lifestyle products, widgets, gadgets, marine toys and much more, Asia's favourite boat show delivered a large in-water display, a busy exhibition hall and a record turnout of media from around the world, together with a lively boardwalk full of diners enjoying the ambiance of the waterside lifestyle.