The dates have been set for the 2014 Phuket International Boat Show (PIMEX), and will be held 9th to 12th January at Royal Phuket Marina. After two years holding the event in March, PIMEX returns to its previous timing of January.

“Following feedback from the 10th anniversary show earlier this year, we have decided to return to the popular January slot after two years of being held in March,” said Andy Dowden, Show Director.

“The unseasonable heat during this year’s show was one of the factors for moving the date back to January, and the show's opening times are planned to be adjusted to carry through to the evening.” 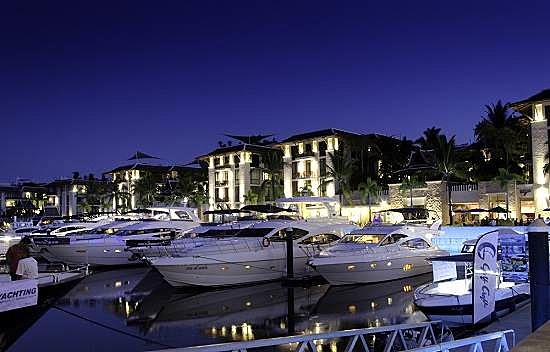 The leading consumer boat show in Asia, PIMEX has grown to become one of the most important events in the marine calendar, hotly anticipated by marine and lifestyle businesses from around Asia and the world each year.

PIMEX plays a central role in Thailand and Asia's marine industry as a meeting place and a sales and marketing platform for marine leisure businesses. The show continues to generate sales and through a global marketing campaign raise awareness of Phuket, Thailand and beyond to an audience worldwide.

The gateway to marine leisure and boating in the region, the Andaman Triangle, consisting of Phang Nga and Krabi with Phuket at is centre, is often referred to as the Monaco of the East and has become the playground of the wealthy.

The annual marine and lifestyle event, which is an integral part of Phuket’s calendar and a key event on the Asian boat show circuit, will benefit from the many international visitors and villa owners spending the Christmas and New Year holidays on the Island.

“The January period is peak season on Phuket, and it is a time when luxury villa owners are often in residence, enjoying the Christmas and New Year holidays,” commented Dowden, adding “PIMEX will showcase the unique luxury and marine lifestyle that Phuket Island has to offer to an international audience of High Net Worth Individuals.”

On display at PIMEX 2014 will be a stunning array of yachts and equipment, luxury cars and goods, and some of the finest properties on the Island, set against a backdrop of marina-side cocktail parties and VIP functions held over four days from 9th to 12th January.