Fraser Yachts has announced Piano Bar as the recipient of the “Best in Show” award at the San Diego Yacht Fest from September 11 – 14th, 2008 in San Diego, California. Attendees of the show as well as the YachtFest committee chose the Picchiotti Piano Bar as the best overall yacht in the show. Doug Sharp, YachtFest board chair, presented the award at a party hosted by Pacific Yacht Refitters. 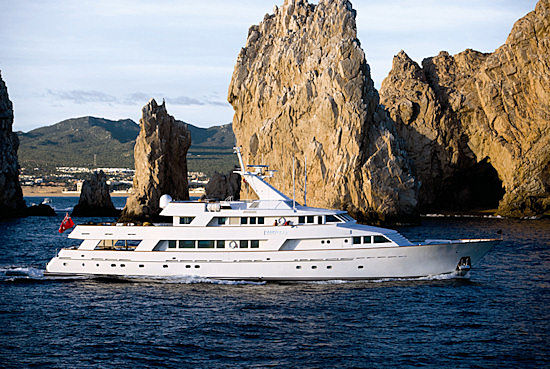 Originally built in 1982, Piano Bar was completely refurbished in 2005. Piano Bar plans to charter in Mexico for the winter 2008/2009 season at a rate of $140,000 week plus expenses. She carries 9 crew and can accommodate 12 guests in 6 elegant cabins. Piano Bar has a Jacuzzi on the top deck, a piano in the sky lounge and carries an assortment of water toys for charter.

Captain Charlie Johnson accepted the award stating, “There was a lot of good competition this year at YachtFest, and we are grateful for the votes.“

San Diego Yacht Fest, in its ninth year as the West Coast’s premier yacht show, showcased the largest range of west coast yachts from the Fraser charter fleet. This included “Best in Show” winner and largest in the show, Piano Bar, Leight Star, and Bellissima.