The 22nd Pinmar Yachtsman's Golf Tournament at Son Gual Golf course in Mallorca, co-sponsored by Awlgrip, has raised over 40,000 Euros for this year's nominated causes including RANA, which helps protect local children from abuse, and several other children's charities. Over 100 sponsors supported the event, 352 players entered the tournament and over 840 guests attended the prize-giving dinner at the Gran Casino Mallorca. 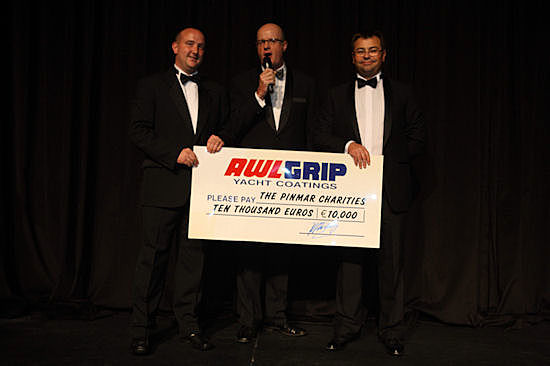 Nick Entwisle, Company Secretary, Pinmar comments, "It's been another fantastic year. We cannot thank all the sponsors, players and guests enough for their support; we had a great event. Fundraising helicopter rides brought in nearly 2,000 Euros for charity and 'the Ugly Sisters' bar raised over 3,200 Euros, helping us to reach a record of 16,700 Euro on the course alone over the two day tournament.

Dates for next year's Pinmar Yachtsman's Golf Tournament will be announced shortly.