BMT Nigel Gee (BMT), in partnership with Sigmund Yacht Design, has conceived an audacious design concept to redevelop the Royal Navy’s Invincible Class aircraft carrier, HMS Illustrious which will be withdrawn from naval service this year. 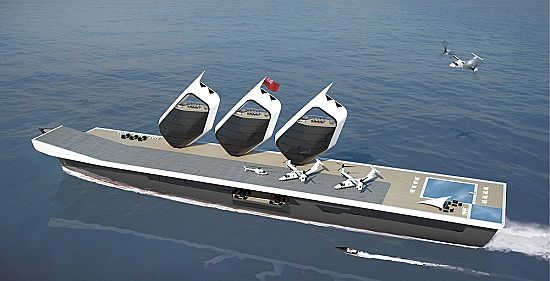 The UK Ministry of Defence stated that the ship will be preserved after leaving service and innovative proposals from a range of organisations, including private sector companies, charities and trusts are welcome. 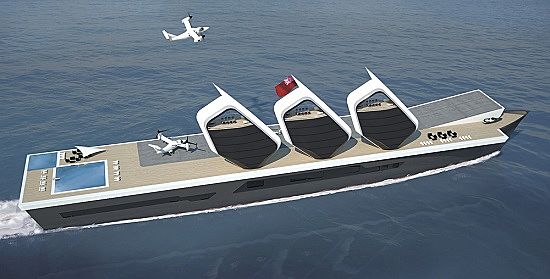 James Roy, Yacht Design Director at BMT Nigel Gee, a subsidiary of BMT Group, explains: “In recognising the importance of preserving such an iconic vessel, we came up with the idea of a ‘Commonwealth Yacht’ where Illustrious could serve all nations of the Commonwealth as a vehicle for promoting trade, attending international events and undertaking humanitarian and disaster relief work around the globe.” 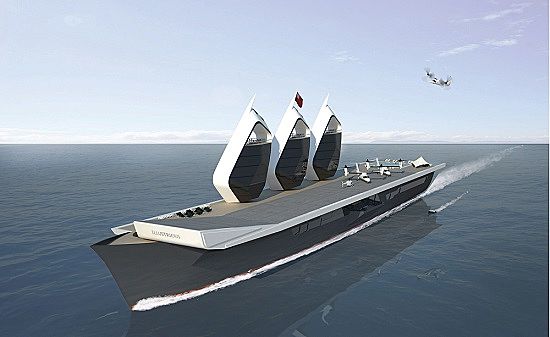 Commissioned in 1982, Illustrious has been at the core of the Royal Navy’s fleet and has seen action both in time of conflict and disaster relief. Most recently, she has served in delivering humanitarian relief to the Philippines following the devastating Typhoon Haiyan. Her decommissioning follows that of Ark Royal in 2011 which was subsequently sent for scrap. Illustrious is the sole remaining carrier of the Invincible class characterised by the ski-jump flight deck ramp. 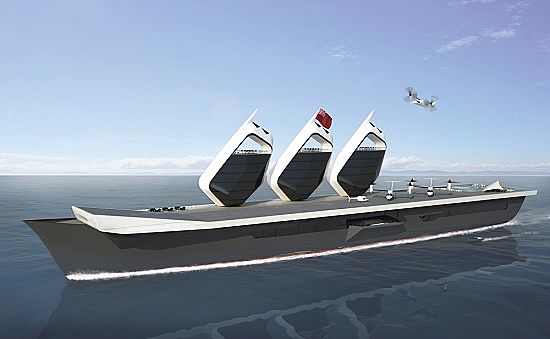 The most identifiable aspects of HMS Illustrious that made the original vessel so recognisable and innovative have now become key points in the new design. Inspiration for the triple forms placed on the deck has come from the sails of clipper ships and present the concept with a powerful outline for all to see, as well as being elegant and very purposeful. 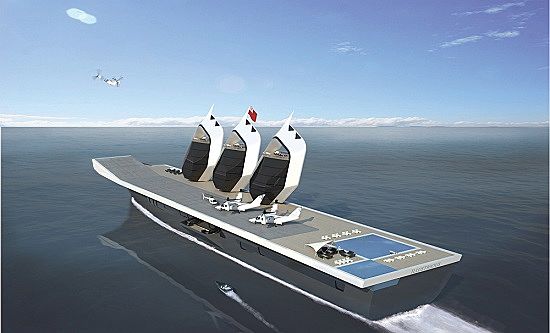 Sculpted forms with an advanced and striking aesthetic ensure that Illustrious will present an iconic design and an instantly recognisable presence wherever she travelled.

Peter Symonds, Owner of Sigmund Yacht Design comments, “Our design is a brave interpretation of such a distinguished vessel, stating boldly its new purpose, whilst paying respect to its impressive heritage. The design concept provides an opportunity to extend the life of the vessel well into the foreseeable future with innovation, creativity and an eye for detail.”