The long-awaited Porsche Design yacht Royal Falcon One that has been under construction for over a decade in Northern Europe has emerged from her top-secret Kockums outfitting facility in Nynäshamn, Sweden after being completed earlier this summer. Known before as Royal Falcon Fleet 135, the multihull yacht has been delivered to her owner and remains in Scandanavian waters for now. 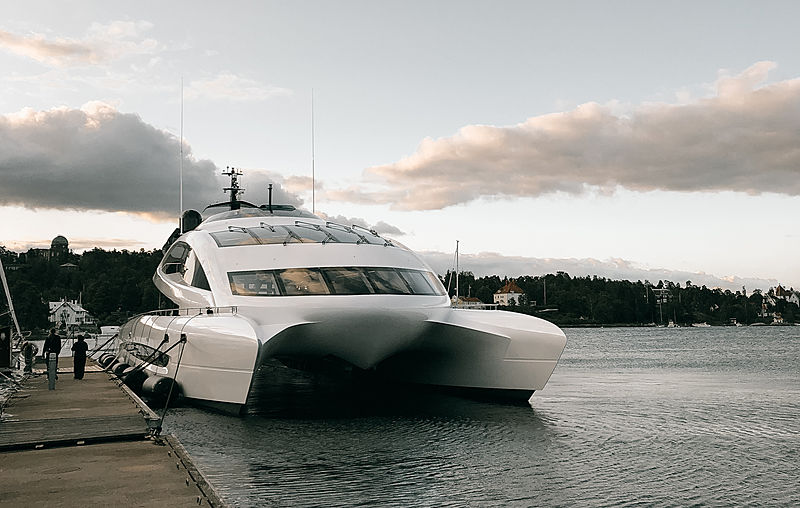 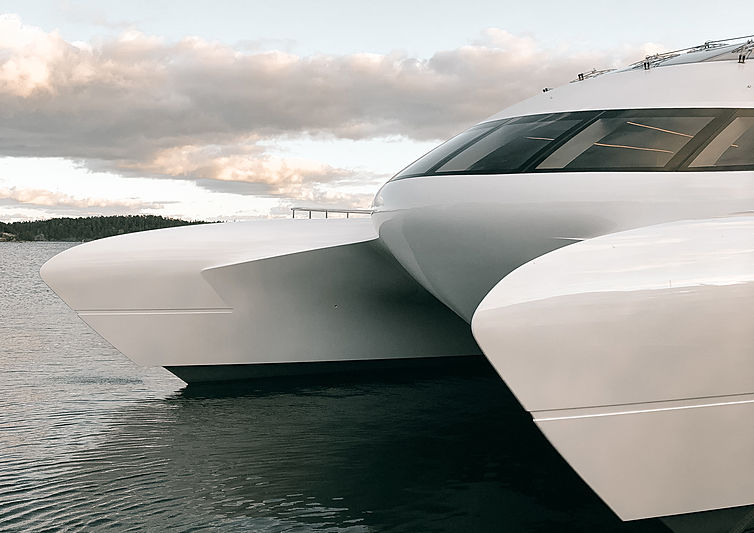 Photo: Ola StrayBuilt to Lloyd’s Register classification, the 41.4-metre Royal Falcon One is powered by twin 4,600hp MTU 16V 4000 M93L diesel engines and twin Rolls-Royce KaMeWa waterjets which provides an estimated top speed of 35 knots and a range of 2,000 nautical miles at a cruising speed of 30 knots. 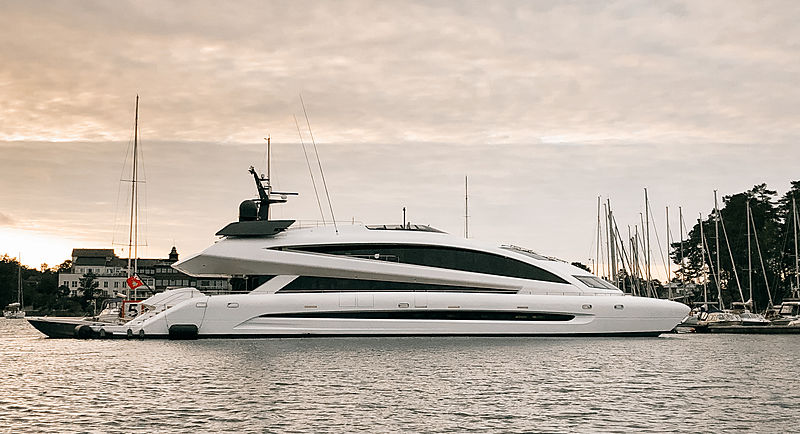 The project was developed by the Singapore-based company together with Porsche Design Studio and naval architects Incat Crowther. Spread across four decks, the yacht's suites are situated on the upper and main decks with an open sundeck at the very top of the vessel. A spacious panoramic observation lounge forward on the main deck makes use of the yacht's impressive beam to offer a social experience unlike any other. The two hulls conceal the crew's quarters while the main tender is neatly stowed within the main deck aft. 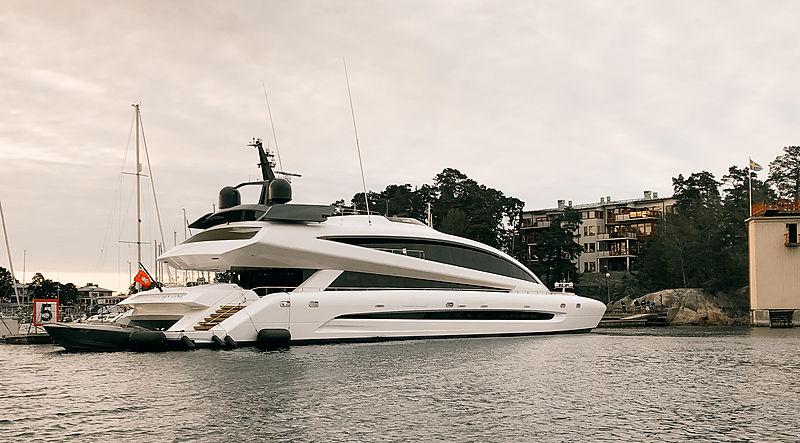 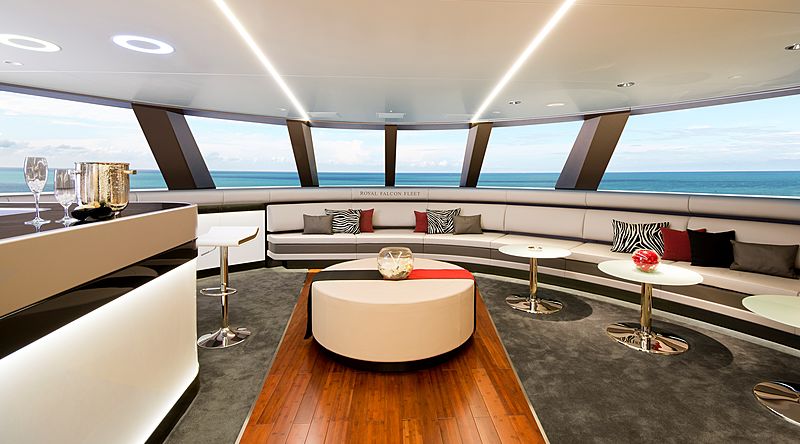 Royal Falcon Fleet is yet to release an official statement on the delivery of the vessel and updated details about the project remain scarce. It is believed that she could be visiting the Mediterranean Sea during the upcoming boat show season next month. 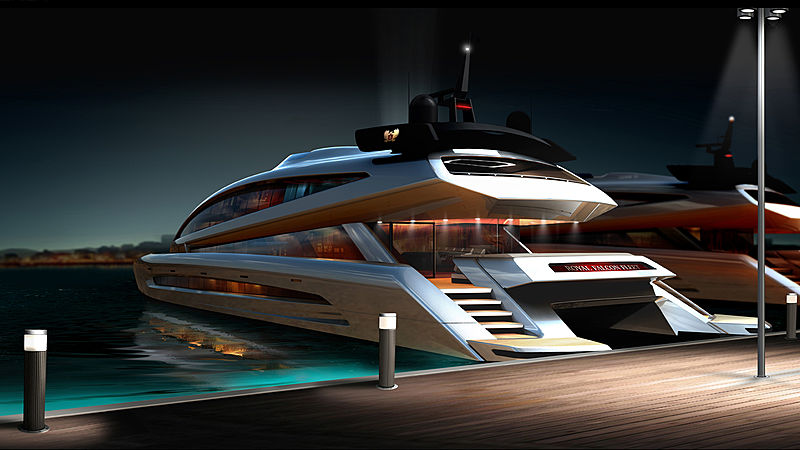