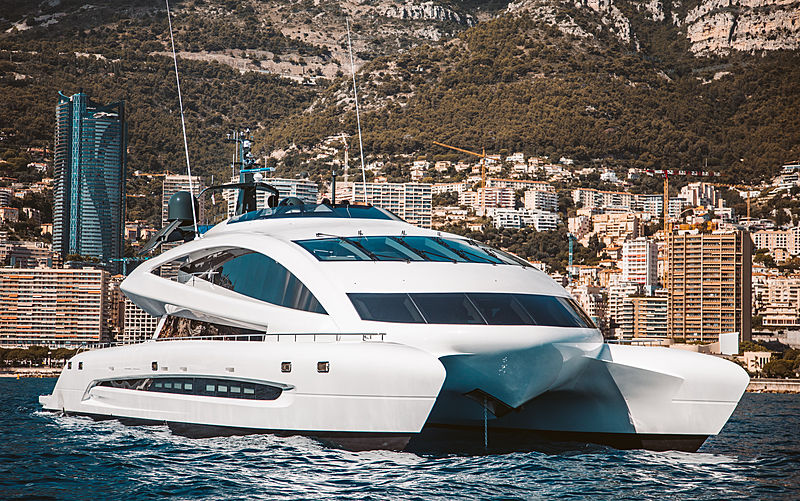 Photo: Charl van Rooy / SuperYacht TimesLaunched at the top-secret Kockums facility in Sweden in 2019, the 41.1-metre Porsche Design yacht Royal Falcon One was a project over a decade in the making. The project was developed by the Singapore-based Royal Falcon Fleet together with Porsche Design Studio and naval architects Incat Crowther. The two hulls conceal the crew quarters for 10 and Royal Falcon One’s tender is stowed in the stern, served by a crane for deployment and recovery. Built to Lloyd’s Register classification, the 492 GT catamaran is powered by twin 4,600hp MTU 16V 4000 M93L diesel engines and twin MJP850 waterjets which provide an estimated top speed of 37 knots and a range of 1,200 nautical miles at an economical cruising speed of 15 knots. Having made her world debut during the 2019 Monaco Yacht Show, Royal Falcon One is currently for sale.