Exhibitors left last week's Antibes Yacht Show show’s 6th year with a smile. Indeed, 13,380 visitors came to admire the 130 yachts on display. It seems that the changeable weather simply pushed away the curious, yet did not discourage buyers to come. 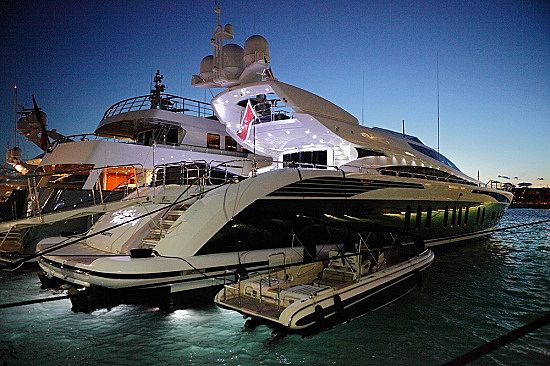 Brokers are pleased to have received quality visits. Some brokers have received offers for purchase or charter. Of course, the weeks or months to come will be more crucial to see these deals to fruition. However, Antibes Yacht Show seems to announce a positive trend for the coming season. 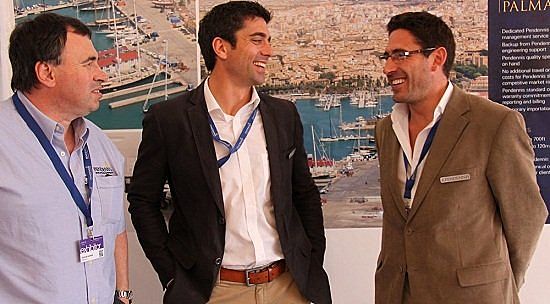 The Refit and the Crew areas have also received many visitors. As Pendennis shipyard testifies: "it’s up to us now to turn those contacts into customers".

The Crew Lounge, sponsored once again by Bluewater Yachting, proposed various and interesting activities. More than 800 crew members have visited the Crew lounge during the four days of the show. The chef contest won by Richard Atkins of MY Georgia Rose or workshops of floral art, cupcakes or cocktails were great successes. 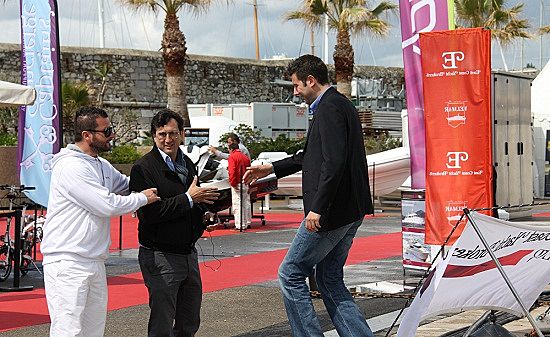 On the terrace of the Bastion Saint Jaume, the Captains’ Lounge remains the dominant view of the entire show. Partners this year, Marina Port Vell, V. Ships and Lloyds TSB were in direct contact with the captains. 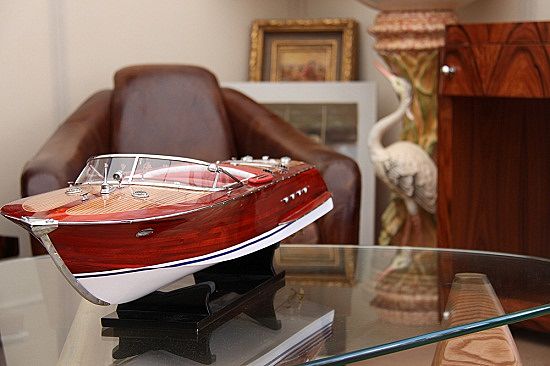 The new seminar area was a great success, welcoming up to 80 people who attended the most interesting debates, including that of Yacht Info organized by ISS, MYBA and PYA on Friday April 13th. 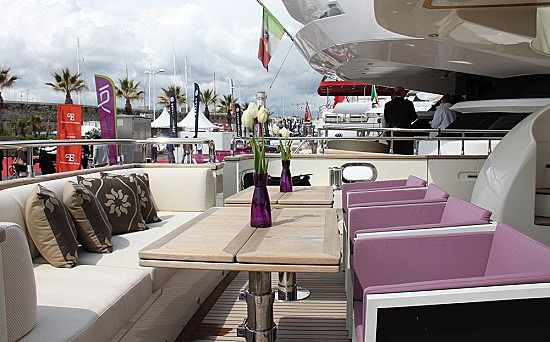 The new luxury vehicles’ partner of the show was Modena Motors. They brought a few Ferrari and a Maserati. Exhibited next to the terrace of the restaurant, in front the biggest yachts, they caught everyone’s eyes.

The charity Eco Crew’s team managed to educate visitors and exhibitors throughout the show and rose in total (donations and selling cupcakes) € 1,700.

SuperYacht Company together with YachtsXL, collaborated its efforts by opening up their stands to create one large area which helped to create a welcoming atmosphere for guests. This collaboration was a joint effort from both companies to help emphasise to the superyacht industry the importance of on-line advertisement. Three afternoons in a row, both companies opened their stands to welcome owners, industry leaders, friends and crew for a Dutch beer, or a glass of local rosé. Over 130 people attended, mixing business with pleasure. SuperYacht Company's Maarten Janssen comments: "Next year's show is already being planned, and promises to be an even bigger, and better event!". 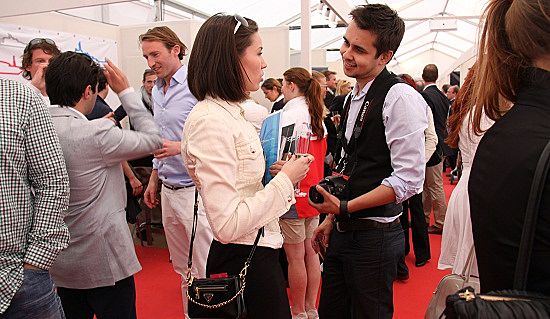 The late night evening, introduced this year for the first time enabled the exhibitors to receive visitors until 9pm. They were many cocktails in the stands, and apparently many good deals were made at that time.

As one of the brokers of International Yacht Collection said: "it is confirmed that Antibes Yacht Show is the key show for brokerage in the Mediterranean, it is the ultimate choice for serious buyers looking for a yacht."

Photos by SuperYachtTimes.com and Andrew Clelland