Organisers of the upcoming Boat Show Palma and the Palma Superyacht Show have announced that more than 200 operators are currently working on the assembly of the event which will be coming to Palma in two days time. A host of electricians, decorators, carpenters, divers, plumbers, security and transportation workers are in the process of finishing the infrastructure for 200 exhibitors and 180 vessels that will be present.

The Counselor of Economy and Competitiveness, Joaquín García, has said that the expectations for the International BoatShow Palma are "very positive" and will exceed last year's numbers: from 36,000 to 40,000 visitors during the five days of the show. 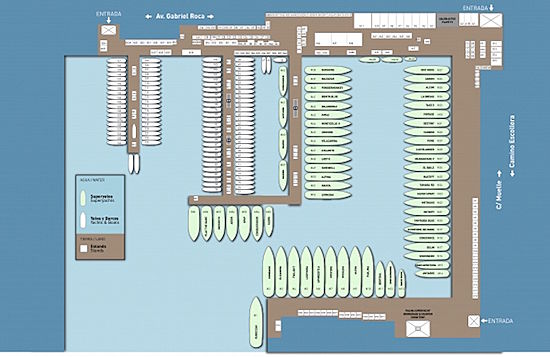 As a result of the rise in numbers at this 32nd edition of the event, both land and sea surface dedicated to the event has also been increased, and will now occupy an area of approximately 5,000 square metres. The total number of brands to be present has also seen an increase this year, with 2,800 brands from 15 different countries - an increase of 75% compared to 2012.

Boat Show Palma & Palma Superyacht Show will be held from 30th April to 4th May.