The President of the Balearic Government, Jose Ramón Bauzá, inaugurated the 32nd edition of the International Boat Show Palma yesterday, as well as the 3rd edition of the Palma SuperYacht Show. 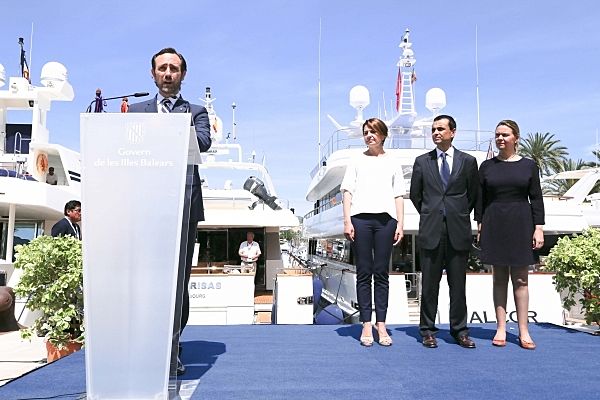 During his speech, president Bauzá has described the International BoatShow Palma as “a nautical reference worldwide after years of hard work.” “This project”, he added, "has changed with the times and what is more important, with the needs of this industry. The collaboration between the public and private sector has been absolutely important.”

President Bauzá also emphasised the fact that the event is self financed, with a budget of €450,000 which was funded by the private sector as well as the sales of tickets to visitors. In regards to visitors, a total of 4,000 more people than last year’s event are expected to attend, taking to the total to 40,000 visitors over the five day period.

He went on to highlight that a total of 200 exhibitors are present at the event this year, 75% of which are repeat participants of the show which, as the President stated, “means that they trust in this event.”

Opening yesterday, and currently kicking off the second day of the show, the event in Palma de Mallorca will conclude on the 4th May.