In December 2007 President Yachts completed their flagship, the President 107. Named Defence she left straight for Miami where she made her public debut at the Miami International Boat Show last month. 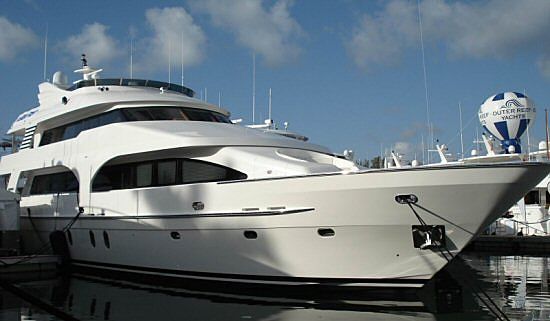 The 32 meter yacht is powered by twin Caterpillar engines enabling her to achieve a top speed of 23 knots and a cruising speed of 18 knots. Defence sleeps 8 guest in 4 staterooms served by 4 crew, who sleep in 2 cabins.

Defence is designed by the in-house team of President and a sistership, to be named White Star, is well underway for delivery later this year. Plans are already in place for a new 150 feet Flagship, stay tuned!