Having arrived at Feadship’s facility in Aalsmeer in June last year, the Dutch shipyard has spent the last year finishing the 92-metre superyacht project known as hull 695 and is currently in the process of preparing the vessel and build shed for the yacht’s imminent float-out. 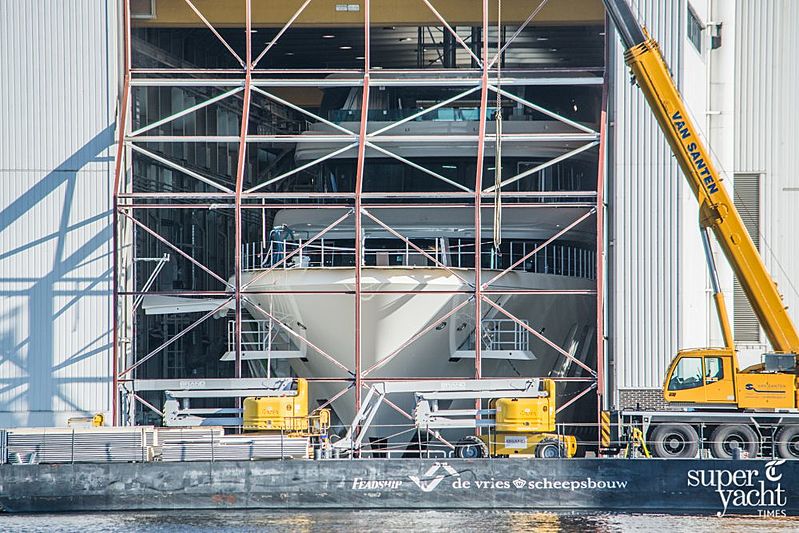 The yacht is designed by Sinot Yacht Design, and her hull and superstructure were built at Slob, one of Feadship's own subcontractors.