Pieter van der Weide at Hoek Brokerage has announced a € 1,000,000 price reduction for sailing yacht Shamoun and she is now asking € 5,950,000 (VAT Paid). The 33.05 metre sloop Shamoun was built in The Netherlands in 1999 with naval architecture, exterior design and interior styling by Hoek Design Naval Architects. 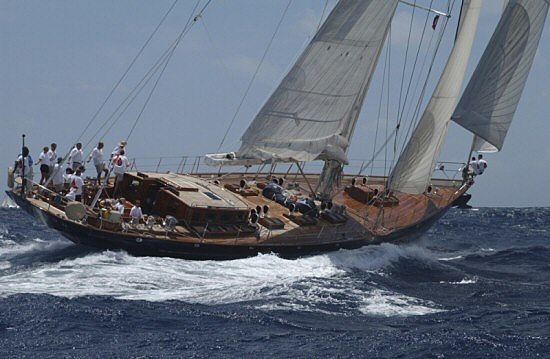 Shamoun’s flush deck and classically styled skylights and deckhouse are a good example of the latest Hoek Design classics. The double bulwark has been used to remove filler caps and deck drains from the deck. The large single cockpit with its oval shaped helmsman seats creates a cosy atmosphere. The floor aft of the steering wheel can be tilted to port or starboard to create a horizontal floor when sailing under heel. 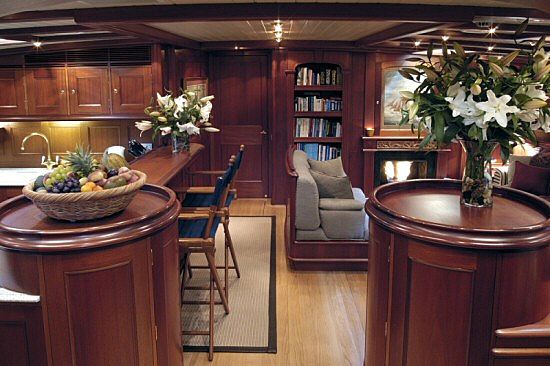 The interior of the popular charter yacht is made of Honduras mahogany, with classic panelling, chestnut floors and a white v-grooved ceiling. The flush deck creates a magnificent ceiling, and still two metre headroom throughout. The layout shows separate crew quarters with a crew mess and walk-in fridge/freezer, four guest cabins with en suite and an open plan saloon / galley. 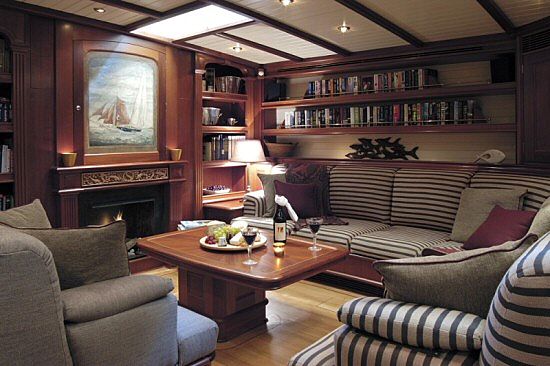 A full entertainment system is fitted, including a video screen and projector incorporated in the ceiling. The classically styled deckhouse includes the navigation station as well as a dining area and a little bar. The two aft guest cabins are nicely integrated under the deckhouse making optimal use of the available space.

Furthermore the yacht has a maximum draft of 2.30 metre, in order to be able to enter atolls and other shallow draft places or little harbours. A minimum range under engine of 3,100 nautical miles was required, backups for all systems on board, and a large volume freezer and fridge for charter operations. Power is provided by twin 320hp Scania diesel engines.