Yesterday the Pride Mega Yachts shipyard in Yantai, China, rolled out the 88.5-metre superyacht Illusion Plus ahead of her launch. The project was started on speculation by the shipyard and she is currently listed for sale at $145,000,000. 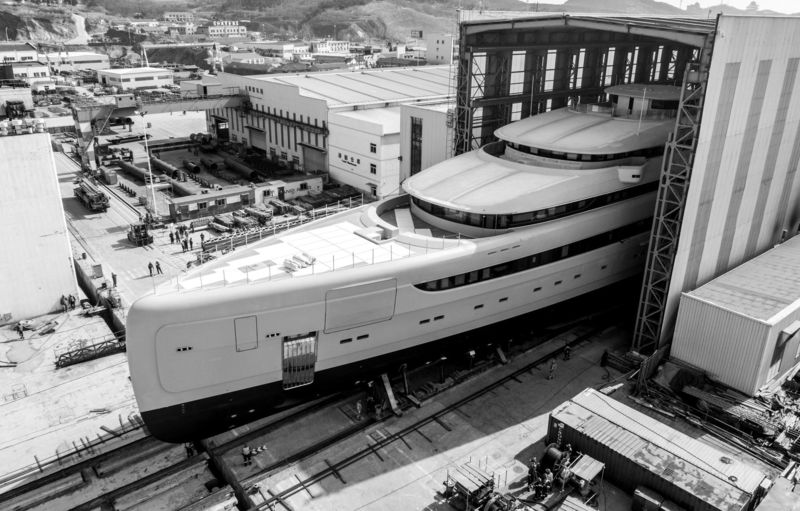 Photo: Pride Mega YachtsShe has a large volume of 3,603 GT spread over six decks and accommodates 12 guests across six staterooms. The exterior lines of the yacht are by Rainsford Saunders Design, with the Dutch design studio of Sinot Exclusive Yacht Design responsible for her interior. Azure Naval Architects undertook her naval architecture.

Powered by a Rolls Royce diesel-electric propulsion package, Illusion Plus can reach a top speed of 16 knots and cruising speed of 14 knots. 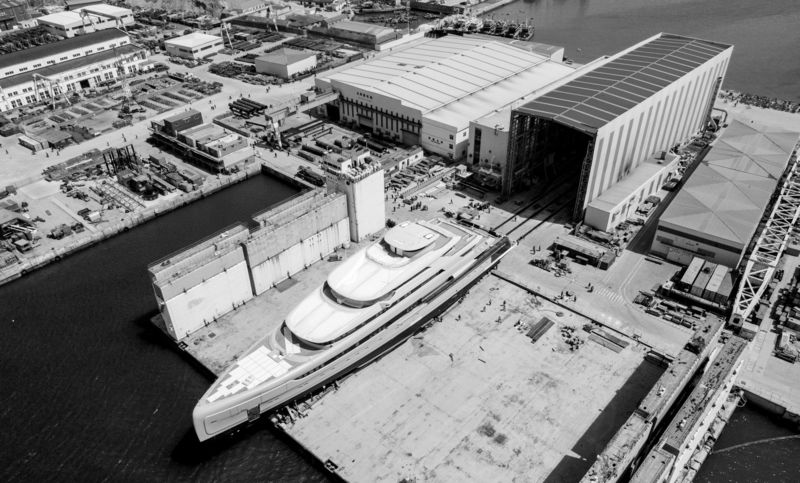 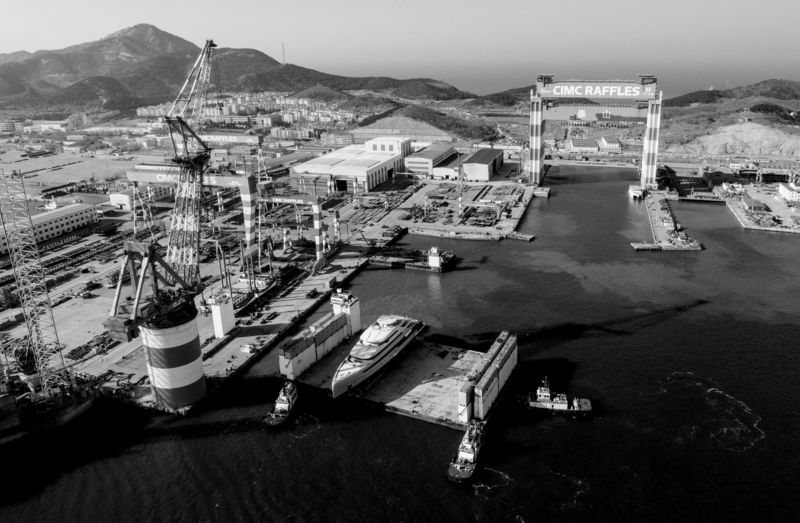 The hull and superstructure of the project were completed in early 2013 and in March of that year, Jan-Jaap Minnema of Fraser also announced his appointment as the central agent for the sale of Illusion Plus. In August 2014, it was announced that the project was sold with Fraser representing the shipyard and with Bluewater introducing the client. After the sale, news and information went relatively quiet around the project until January of this year when Y.CO announced their appointment as the central agent for the sale of the yacht. The brokerage company was appointed by the shipyard, which suggests that the project is back in the ownership of the shipyard. 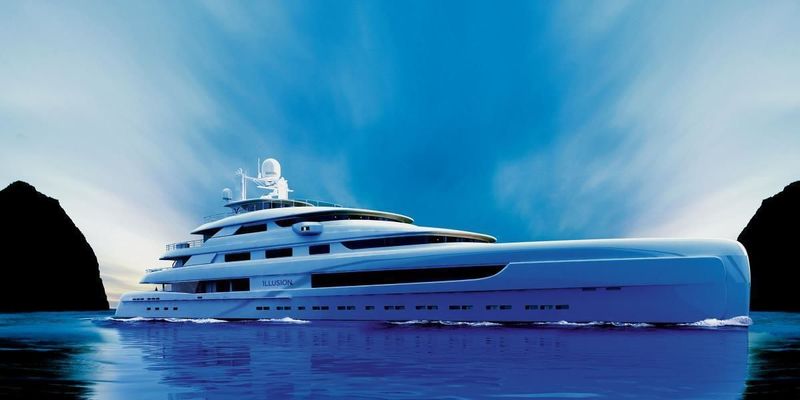 With her volume of 3,603 GT, Illusion Plus is the largest superyacht to have ever been built in China. She is due for completion in the third quarter of 2018.

Video: the 88.5m superyacht Illusion Plus under construction