Prince Abdulaziz, the world’s second largest yacht, arrived in the Tivat Bay of Montenegro on the 13th of February. She anchored in front of the Adriatic Shipyard in Bijela where she will undergo maintenance and repair work during the winter months. The scope of the work and the timeframe are still unknown, but it’s expected to only take a few months.

After having spend many years in Saudi Arabia her new owner took her for the first time since many years to the Mediterranean. After she was seen in Katakolon (Greece) in July she was spotted all over the Med from Malta, Nice Naples, Barcelona to Marbella. 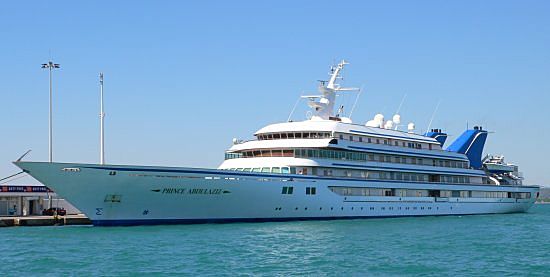 Prince Abdulaziz in Katakolon (Greece) perparing for the summer season.