Fraser Yachts is pleased to announce their appointment as the joint central agent for the sale of the 76.91m Princess Mariana. Built in Denmark by Royal Denship in 2003, Princess Mariana was designed by Espen Oeino and features a beautiful interior by Francois Zuretti. The six deck superyacht can accommodate 12 guests. A superb owners cabin, with sea balcony, 2 VIP suites, 2 double staterooms and 1 twin cabin. 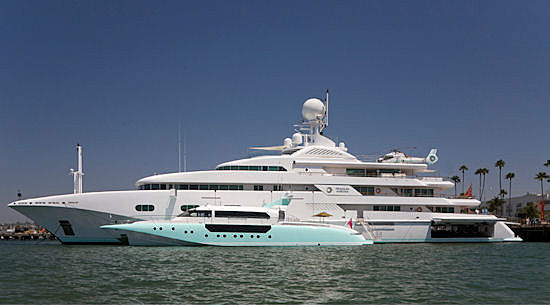 One of her most striking features is the Beach Club, which doubles as the tender garage. This is a dry dock for the custom built Oeino designed tender which can be flooded to create a 12 meter swimming pool with underwater lighting and steps. In addition to this, the entire length of the starboard hull wall lowers to just above sea level, creating a large teak terrace for sunloungers, chairs and tables. When on port side the tender is launched and the transom door is open, light enters the Beach Club from all directions.

Other notable features include a large cinema for 13 guests, helicopter landing pad (which becomes a golf driving range with a massive screen, when the helicopter has left), a waterfall which flows down a marble wall through the decks in the staircase and a party-deck with two bars, seating areas, dance floor, barbeque, sunloungers and a spa pool. 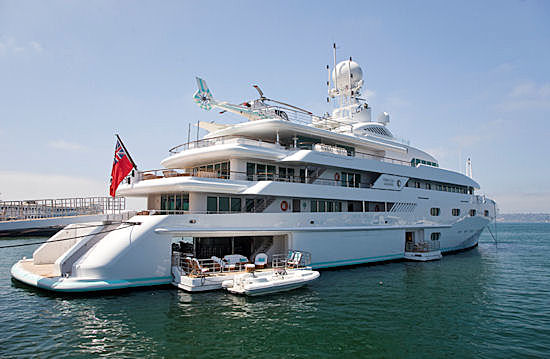 The Mexican owned yacht is listed by Fraser Yachts’ brokers Rob Newton (of the Fort Lauderdale office) and Jose Arana Sr. (of the Mexico City office) in cooperation with Edmiston & Co. Princess Mariana is priced at an astonishing €125,000,000, which according to our files is a record breaking asking price!