Princess Yachts has announced a new X80 concept, a sister ship to the X95 and a second member of the Princess ‘Superfly’ X Class, with an overall length of 25.08-metres that is set to be launched in 2021. Once again, the Plymouth-based shipyard has teamed up with British naval architecture office Olesinski and the Italian design studio Pininfarina to create an avant-garde yacht design. The X80 represents an innovative design concept yet still maintains the classic Princess design by using cutting edge simulation techniques. 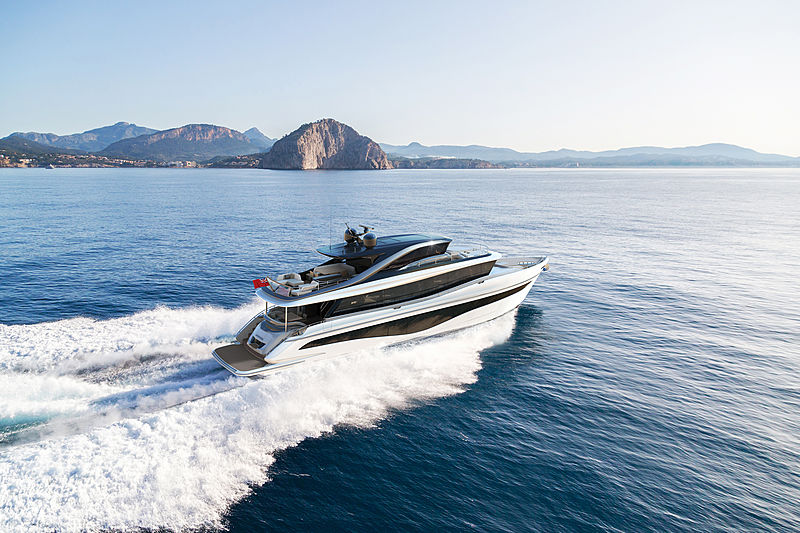 Photo: Princess YachtsThe X80 concept aims to offer a versatile and accommodating experience while keeping design and style at the forefront. Following the X95 concept, X80 has a ‘super flybridge’ and has been designed as an ‘open-concept’ yacht while retaining generous and distinct space divisions within the yacht. 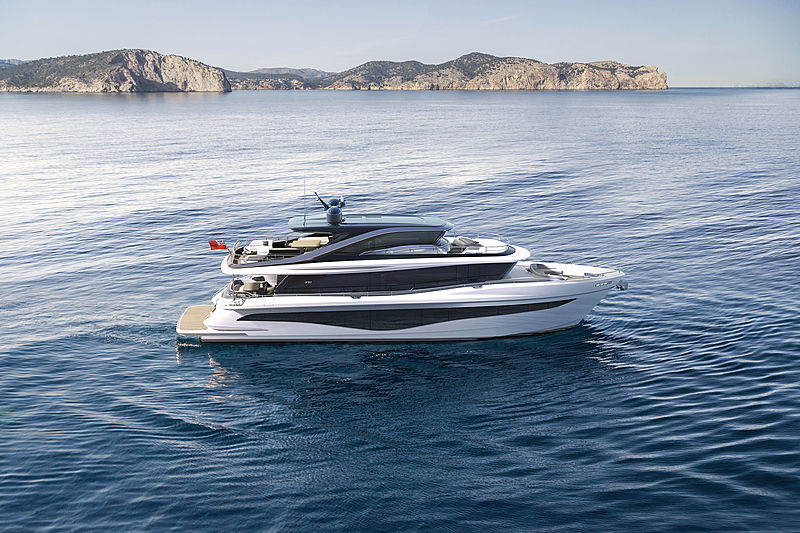 Photo: Princess YachtsAntony Sheriff, Executive Chairman, Princess Yachts, states “The X Class’s groundbreaking architecture creates an entirely new product segment as Princess continues to push the boundaries of yacht design. The first X95 has just completed sea trials and her revolutionary design has caused a stir. Initial feedback makes it clear that we have a great success on our hands. We have worked over the past two years to envelop all of the X95’s unique qualities into a more compact package. The X80 is just that, another bold step for Princess Yachts.“ 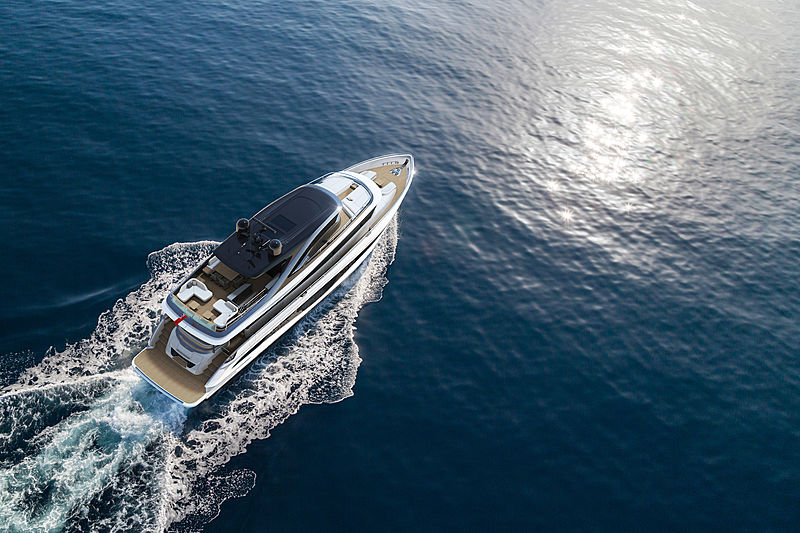 Photo: Princess YachtsThe naval architecture of the X80 concept presents an increased height of the bulwarks, topsides and enclosed wheelhouse, with an ‘S’ shaped canopy flowing into the flybridge deck to disguise the volume of the expansive sky lounge. The innovative interiors feature an enclosed bridge and sky lounge on the upper deck, accessible via an internal staircase from the main deck. 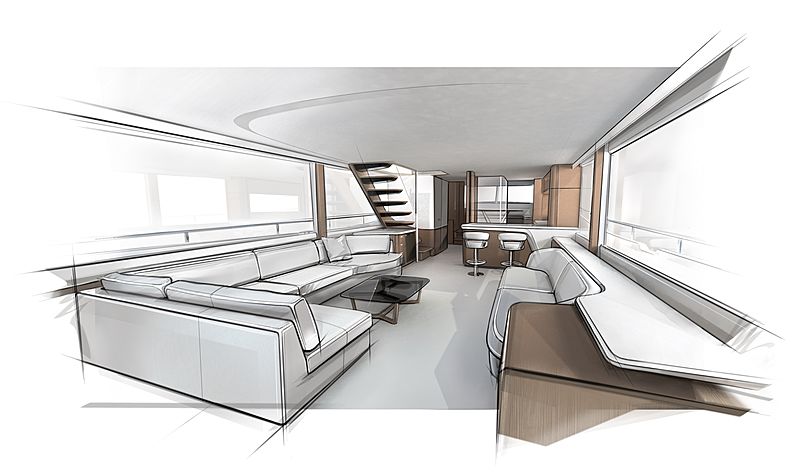 Photo: Princess YachtsBelow deck, eight guests are accommodated onboard the X80 concept across four staterooms consisting of a full-beam master located amidship, a guest towards fore, a double guest to starboard and a twin cabin to port. Aft of the main, she sleeps a crew of three with the standard layout. She also offers the option of a main deck master stateroom with a private owner’s sundeck. Powered by twin MAN V12 1900 engines the Princess X80 concept is expected to reach speeds of up to 30 knots.