British yacht builder Princess Yachts have announced this week their plans to instigate an extensive reformation programme at their Plymouth headquarters. The company reports that these changes would mean a significant loss of up to 350 employees. 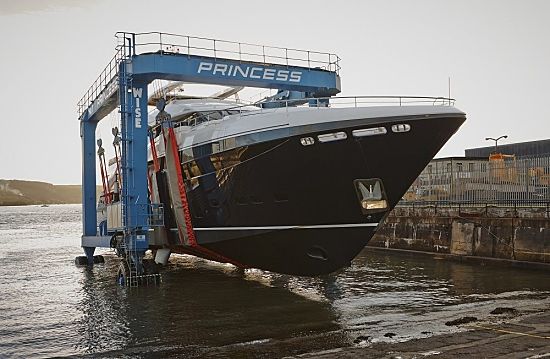 The staff cuts will affect the back office as well as development and production divisions. Princess reports that, however regrettable these changes are, this forms part of a strategic plan to increase productivity across the Plymouth facilities.

Chris Gates, Managing Director of Princess Yachts, had the following to say on the company’s future plans: “The strategic review of our business and the steps we are taking to improve production at our Plymouth headquarters have laid the foundations for an ambitious year. Our expanded range – with six new models launched in just six months – is the envy of the industry, and our continued commitment to the finest British materials and peerless craftsmanship will always set Princess apart.”

“Today’s announcement of job losses, although not undertaken lightly, is designed to maintain the business in the best possible shape for the next phase in its evolution. Princess’ 50th anniversary finds the company starting the year at both the London and Düsseldorf boat shows with new model launches and strong plans for the future.”