Having made her debut at this year’s Boot Düsseldorf Show in January, Princess Yachts have delivered the first hull in their new 30M Class. Named Kohuba, the yacht has since made her way to the island of Malta in the Mediterranean where these images were taken. 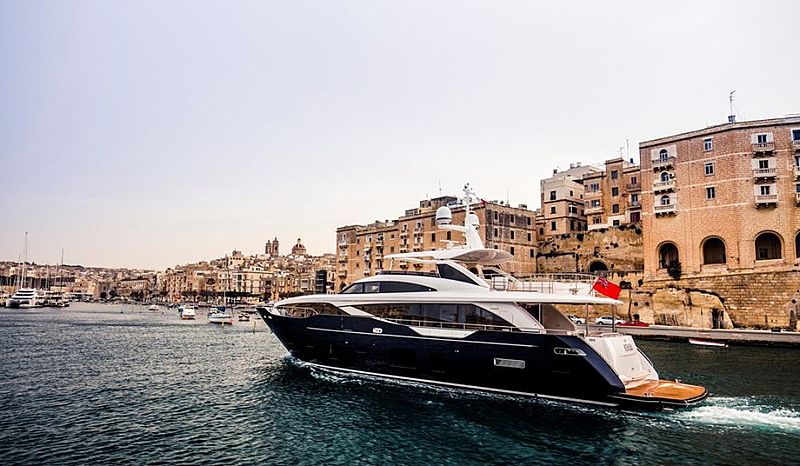 She has been designed by Olesinski together with the in-house Princess Design Studio, who have created a light and welcoming ambiance in the main saloon as well as large side windows on the main and lower decks. 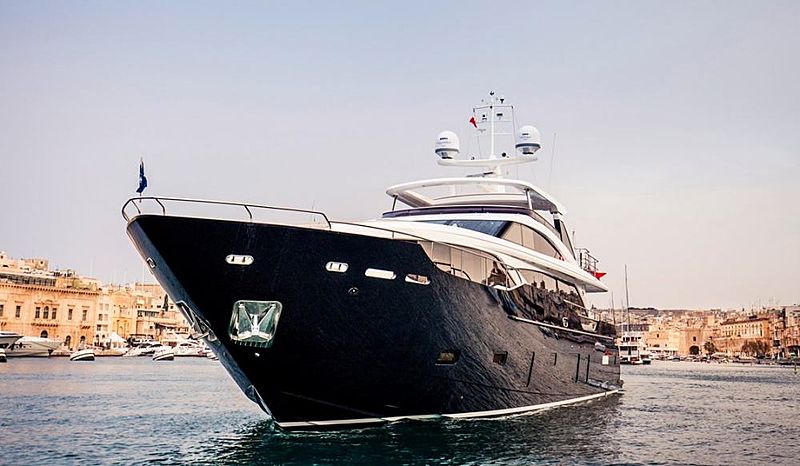 Amongst her notable amenities is an impressive flybridge, offering guests the ideal area to relax, sunbathe and entertain at the bar whilst taking in spectacular views. She features a large master suite on the main deck fitted with a skylight with a further four en suite guest cabins on the lower deck. 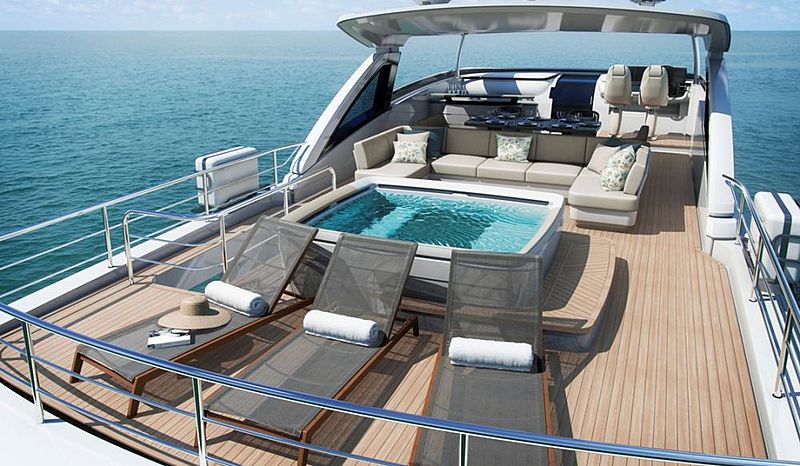 Powered by twin MTU 16V 2000 M94 engines, she measures 30.45 metres and was the largest vessel on dispaly at the 2016 Boot Düsseldorf show earlier this year. 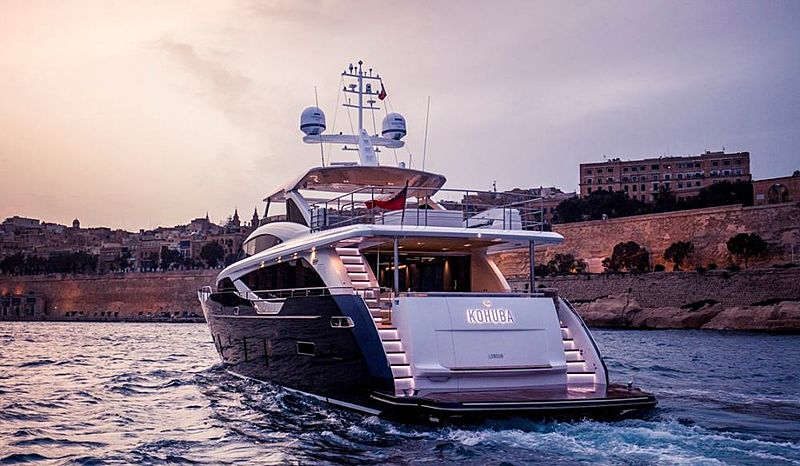