Construction on project Castor, the fourth yacht in Heesen 55-metre steel class series is progressing on schedule. The hull and superstructure of project Castor were joined together on November 3rd, at the Dutch shipyard’s facility in Oss. 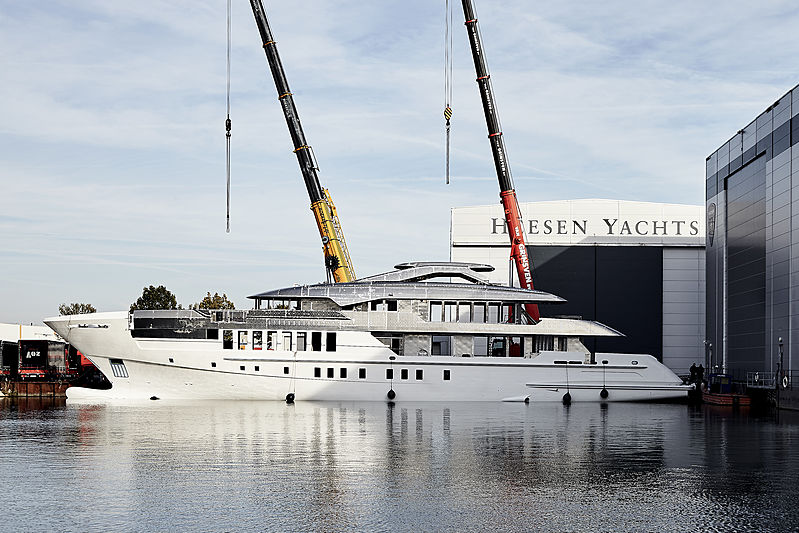 Photo: Dick Holthuis / HeesenSimilar to her sister ships, she features a fast displacement hull form (FDHF) developed by Van Ossanen Naval Architects, which offers high levels of speed efficiency and low resistance. In addition, the steel FDHF ensures stability and comfort for those on board due to the large stabiliser fins from Naiad Dynamics forward. The slippery hull can also be easily be powered by smaller engines, decreasing the engine power and leading to more space in the engine room and reduced noise overall. 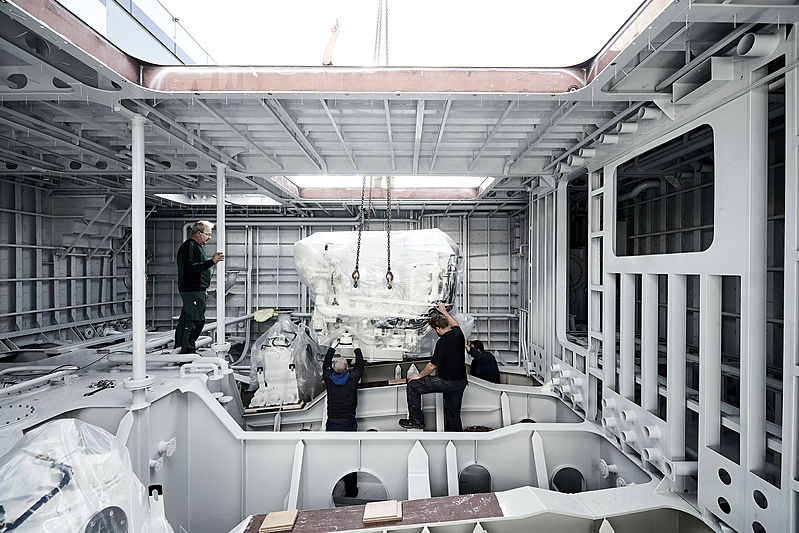 Photo: Dick Holthuis / HeesenFeaturing an exterior styling by Frank Laupman from Omega Architects, project Castor interior design was developed by design studio Bannenberg & Rowell, the studio’s eighth collaboration with Heesen. The exterior design was developed to be both efficient and rugged, with vertical floor-to-ceiling windows in the forward section of the main deck and full height windows in the main saloon and sky lounge. 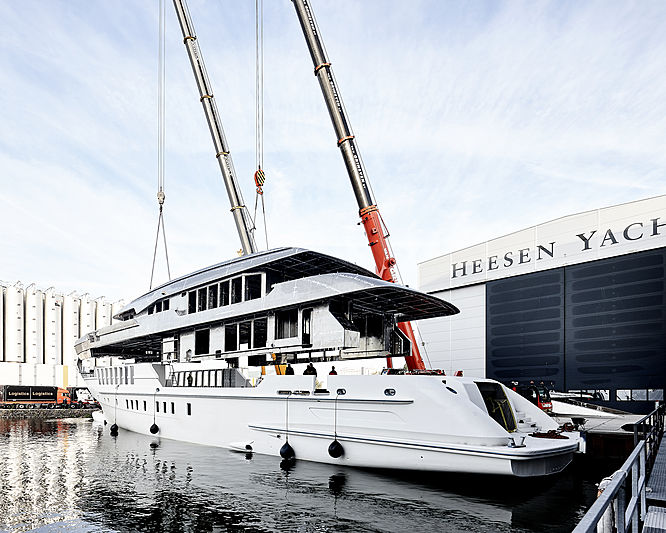 Photo: Dick Holthuis / HeesenHowever, Project Castor also features some new additions not seen on her sister ships, such as a full beam sky lounge, a 73 square metre master stateroom, and a VIP cabin on the bridge deck. Powered by twin MTU 8V 4000 M63 main engines that fulfil IMO Tier II emissions regulation, project Castor will reach a top speed of 15.5 knots, with a transatlantic range of 4,500 nm at a cruising speed of 13 knots. 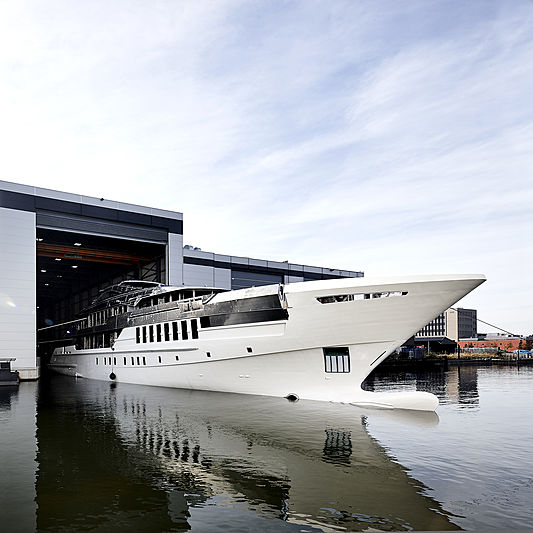