Heesen Yachts has launched its first 50-metre Steel class superyacht, Project Maia, this week. During the launch ceremony, the project was officially christened as Omaha and is expected to set off on her maiden voyage at the end of June. 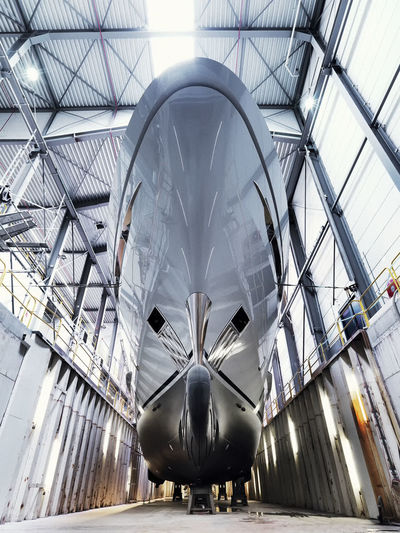 Whilst under construction at the Heesen shipyard in Oss, the Netherlands in 2017, Chris Collins of Ocean Independence sold the project to her owners in December that year in close collaboration with Thom Conboy of Heesen Yachts USA. Heesen reports that this design will be replacing the successful 47-metre steel class of which 13 units were delivered between 2001 and 2017. 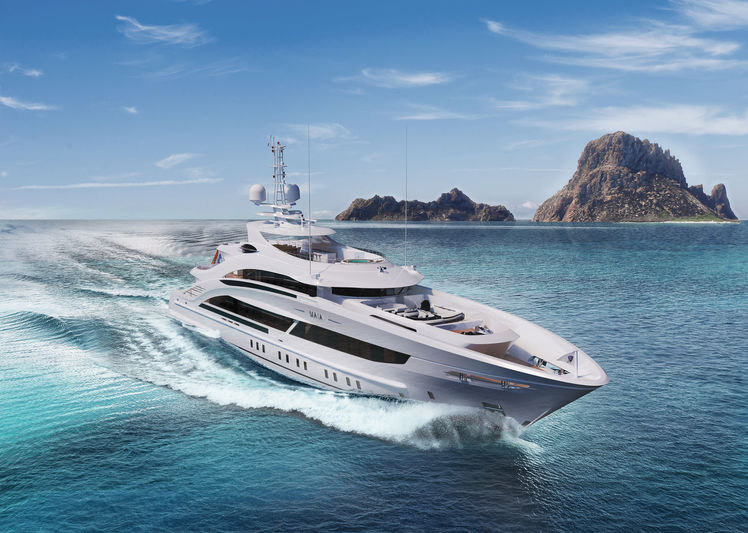 For the design of Omaha is the work of Clifford Denn who worked with Heesen on the custom 50-metre Ann G. Denn drew inspiration from classic cars for this project and introduced several design cues from the automotive world into the final design.

For the interior, Omaha’s owners worked closely with Reymond Langton and Heesen’s in-house team of designers to create a contemporary living space that is bright and airy through the use of light-bleached oak with contrasting stained walnut accents. “Reymond Langton have created a warm and inviting interior that ingeniously blends high-level luxury with relaxed, easy sophistication,” comments the shipyard. 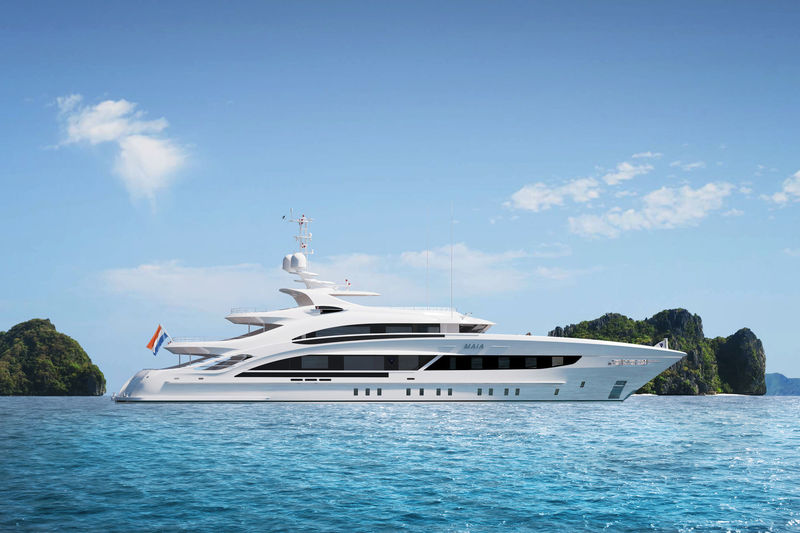 On a technical level, Omaha is fitted with two MTU M63 engines that will be good for a top speed of 15 knots. At 12 knots she will be able to cover a distance of 3,800 nm. All of these figures will be confirmed during her upcoming sea trials on the North Sea.

Heesen has already started construction on Omaha’s sister ship, hull YN 18850 named Triton, which will be ready for delivery in 2020.