The Ravenna-based shipyard Rosetti Superyachts has unveiled its latest superyacht concept which takes its inspiration from the natural world: a 65-metre explorer yacht with “strong supply vessel characteristics” called Project Orca. Project Orca has been developed in collaboration with the Trieste-based Meccano Engineering who are responsible for the engineering, naval architecture and exterior design of the vessel. 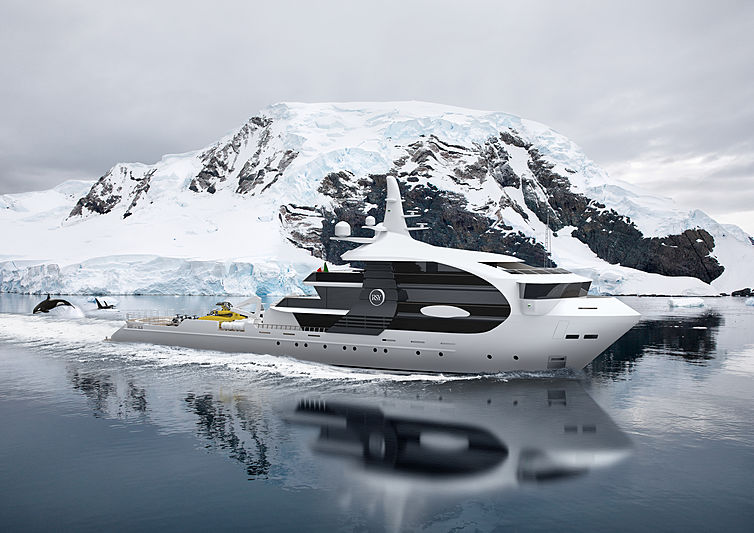 Photo: Rosetti SuperYachts“The organic design traits mimic the orca or killer whale, the largest and most powerful member of the dolphin family,” explains Fulvio Dodich, Rosetti Superyachts chairman. “Instantly recognisable by their distinctive black-and-white colouring, these sea mammals roam the world’s oceans from the Arctic and Antarctic to the Tropics, which is exactly what our explorer yacht is designed to do.”

Notably, these characteristics are clear from the profile of the Project Orca concept: as well as its bold superstructure styling, wrap-around glazing and radar mast which resembles a tall dorsal fin, she also features the typical white side patch of an orca at the owner’s deck level which can be illuminated at night.

In terms of layout, Project Orca is spread out between four decks plus a tank-top deck, with potential owners able to choose between various possible deck configurations. The 65-metre explorer yacht would have a generous beam of 12 metres and a gross tonnage of approximately 1300. 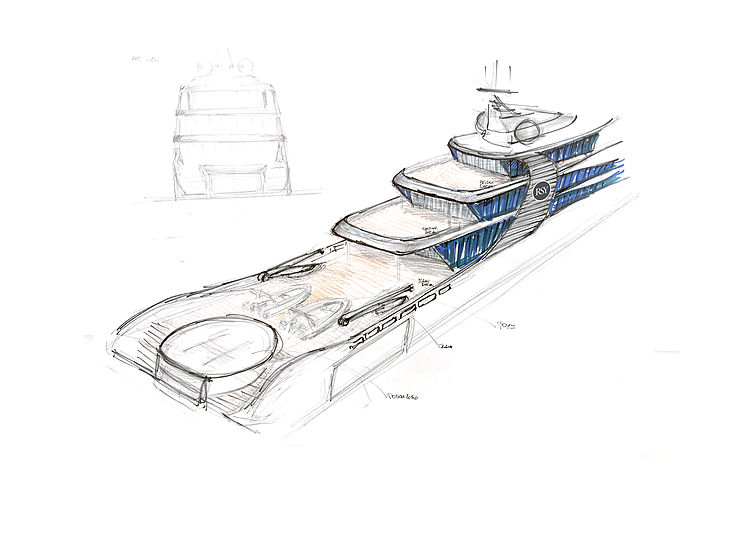 Photo: Rosetti SuperYachtsIn the standard configuration, there is an open main deck in the stern for additional tender and toy storage - including snow sledges, since the ice-class vessel is designed to explore some of the world's most extreme weather conditions - and a touch-and-go helipad. As an alternative, the area could also host an infinity pool which overlooks the transom or a raised helipad with pool and spa zone inside. 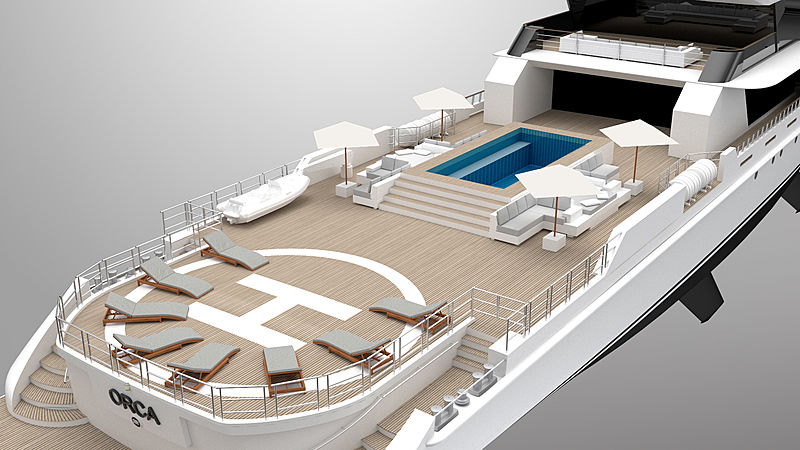 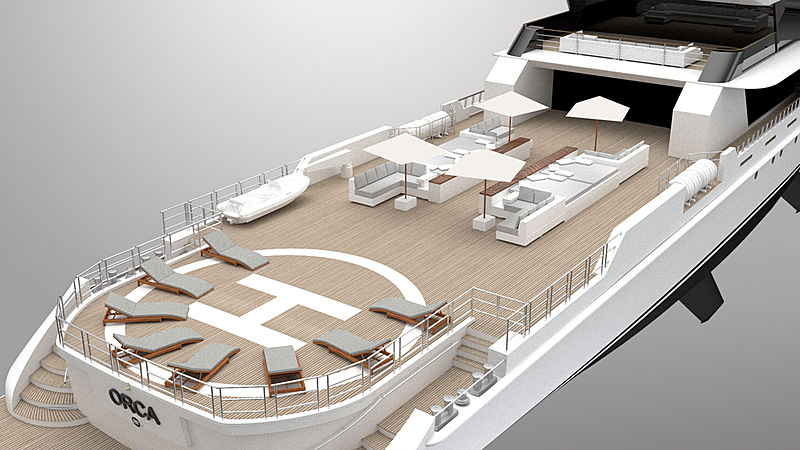 Photo: Rosetti SuperYachtsOnboard guest accommodation consists of two VIP suites and two cabins and is located forward on the lower deck, with the crew accommodation found in the bow. A large garage on the lower deck aft can either be used to store two large tenders or host a variety of water toys such as jet skis. In addition, the garage could also be modified so that half of it becomes a beach club, depending on the desires of the owner.

The owner’s apartment is found on the bridge deck and features a ‘his and hers’ bathroom, huge walk-in wardrobes, a large gym and study. This suite overlooks the open aft deck which serves as the owner’s private terrace. The captain is housed in a cabin located behind the wheelhouse.

A large main salon, dining room and spacious additional VIP guest suite can be found on the main deck, with the galley and crew services located portside. 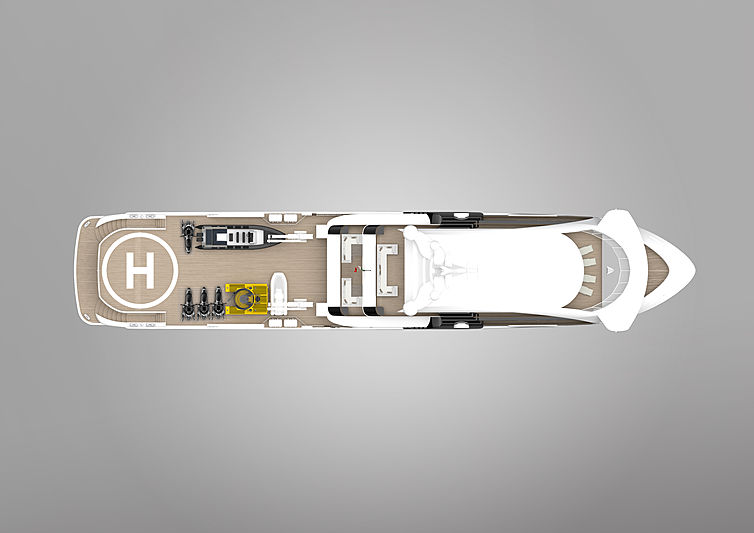 Photo: Rosetti SuperYachtsThe generous sun deck is designed for making the most out of life on the water and comes with full dining facilities, a bar and sunbathing areas. Access to this deck is provided by the elevator for guests - which connects all of the yacht’s decks - and separate stairs for the crew.

"We have already done the concept engineering and completed the technical specifications for Project Orca, and if we sell the boat tomorrow and want to make a start on it, we can begin construction,” comments Rosetti Superyachts CEO and chairman Fulvio Dodich, who also commented that the construction time on the vessel would be 36 months.

With power provided by twin CAT 3512 1398kW engines, Project Orca would have a basic range of 5,000 miles at an economical cruising speed of 12 knots which could potentially be extended to 7000 nautical miles.

Rosetti's Fulvio Dodich on entering the world of superyachts