A superyacht conversion project, thought to be long forgotten, arrived in Bremerhaven, Germany, this month from the South of England where the vessel became a landmark of the small town of Penzance in its incomplete state.

Assigned the job of converting this maritime anomaly and giving the 46-metre project another chance at life is Dörries Maritime, the same outfitters behind the two 100-metre plus Ulysses projects. 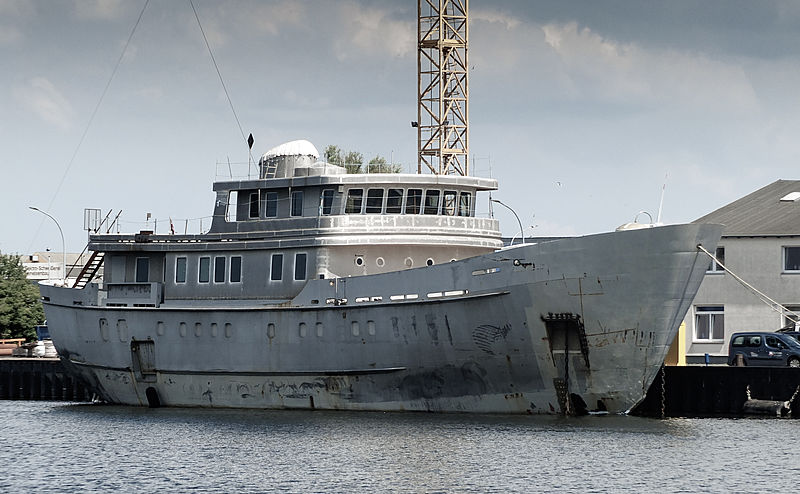 Life for Vega started in 1964 when she was launched at the Asi Shipyard in Sweden as an ice-breaking vessel that served as a lighthouse supply ship. A Swedish company acquired the decommissioned ship nearly 20 years ago and transported it to the Penzance Dry Dock facility in Cornwall, UK, with the intention of converting this proven ocean cruiser into a luxury explorer yacht.

Dutch design office Stolk Marimecs and Ken Freivovk were tasked with the exterior and interior designs respectively, and work got underway by extending the vessel to its current length, fitting its new engines and adding an aluminium superstructure onto the original steel hull. 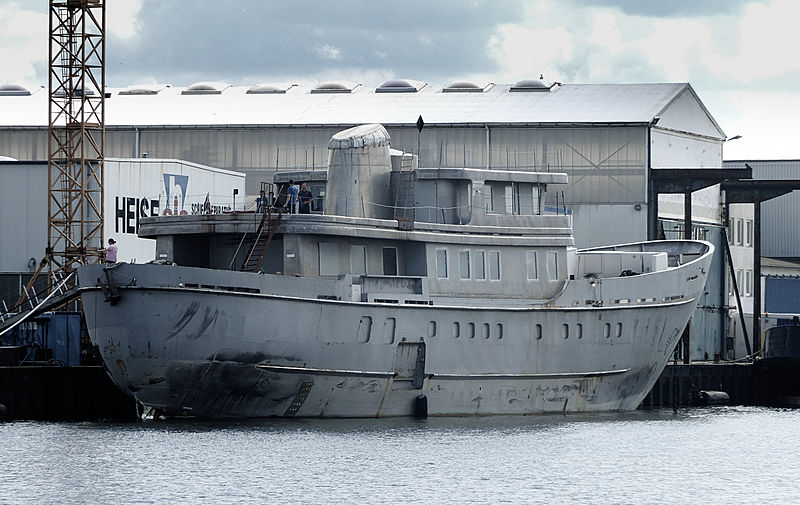 The project’s initial relaunch date was set for some time in 2008, but work was far from complete as the date approached. It soon became clear that Vega’s future was on thin ice due to financial difficulties linked to its owners and work on the project was subsequently halted. 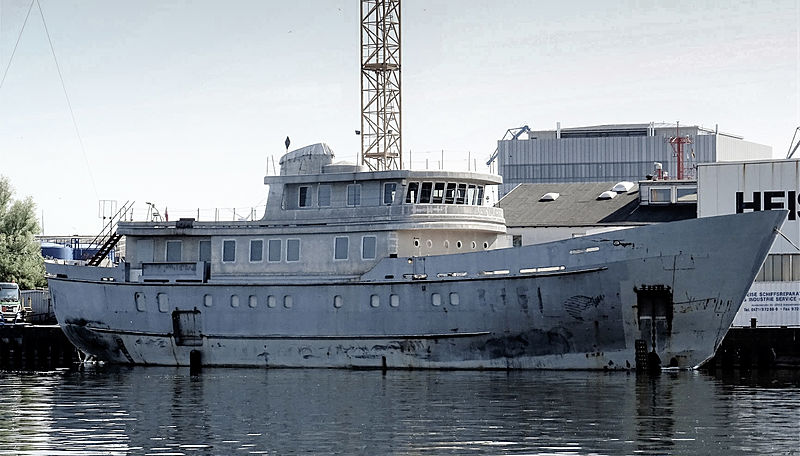 Over a decade later, in 2019, signs of life were noted when Vega was towed to the nearby Pendennis Shipyard in Falmouth for inspections. Fast-forward another year and Vega’s turbulent past seems to have reached an end in Bremerhaven where work will now begin in the Heise-Shiprepair district where Dörries Maritime has rented an independent facility to conduct the work. The exact scope of the works and the duration of the project remains unknown for now.

Ulysses vs Andromeda: What's the difference?