Dutch design firm CBSPRO Maritime has announced a new 95-metre yacht concept, the Protean 95. As its name suggests, the Protean 95 is designed to be adaptable to suit a wide range of functions, which according to the studio’s co-owner, can vary from “from a yacht support vessel, to a crossover expedition/explorer vessel, a race support vessel, a dive operations vessel, a entertainment/conference venue, a laboratory and research vessel.” 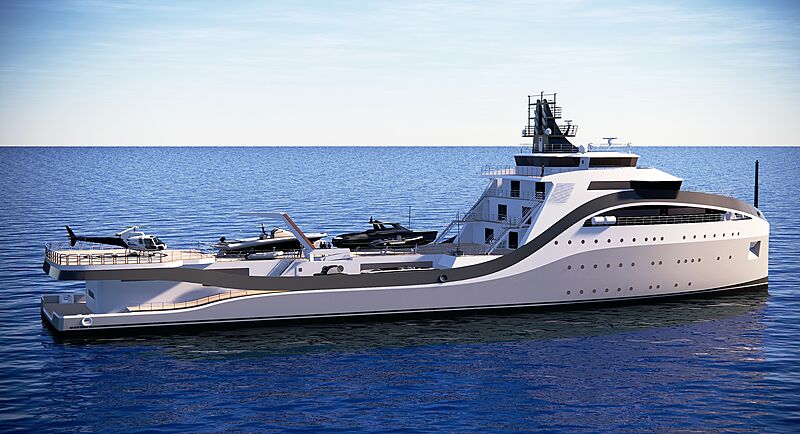 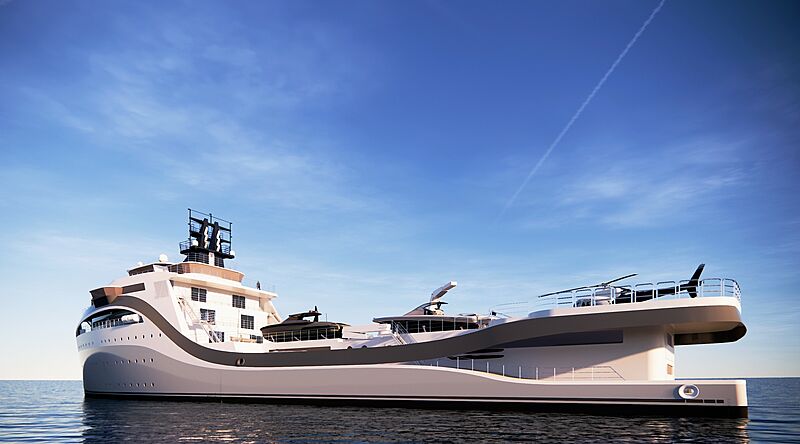 Photo: CBSPROA six-level superstructure could accommodate various configurations of crew and guests, with the rendering shown here indicative of a set-up that could sleep 20 guests and 24 crew. The owner’s accommodation would take over the entire upper deck. 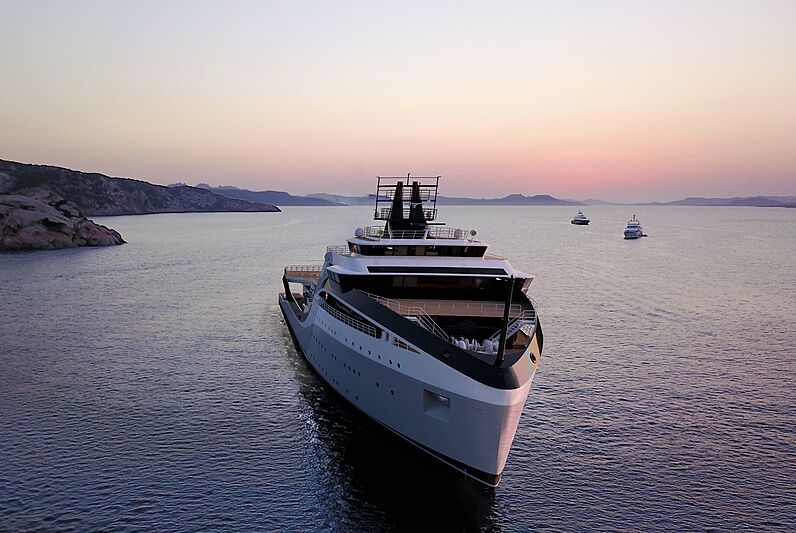 Photo: CBSPROGuests will also be able to make use of the yacht’s swimming pool, wellness sauna, a fully-equipped gym, a cinema and various bar and lounge areas. 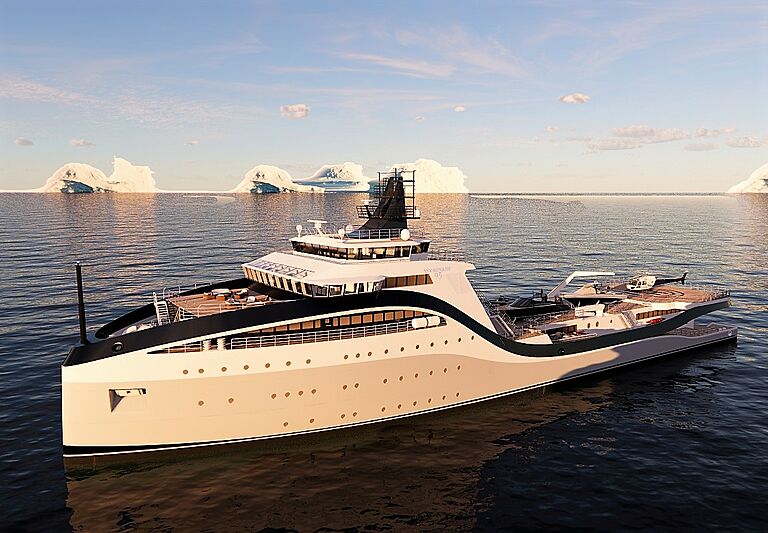 Photo: CBSPROA 795-square-metre deck can house a heli-facility with helipad, under-deck dry storage and full refuelling capacity for a large helicopter. All types of smaller vessels from kayaks to tenders to submarines could easily be accommodated onboard and stored securely. She has been designed with two 15-ton capacity cranes which can be used for deployment. 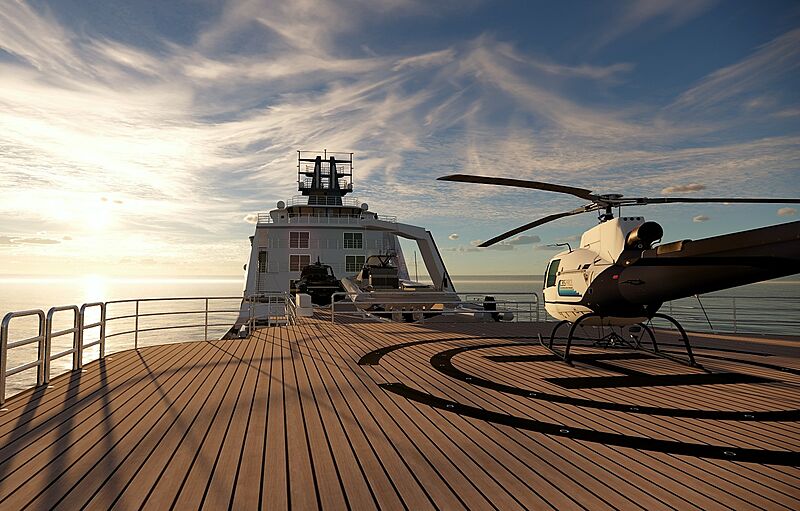 Photo: CBSPROWith a range of over 8,000 nm at an economical speed of 12 knots powered by a diesel-electric Schottel hybrid propulsion system.