Royal Huisman has revealed a new custom design concept for a sailing yacht named Pura. Developed in collaborated with Frers Design, the new concept centres on customisation and can be any length between 38-43-meters. The initial model comes with 80% of the engineering design completed, with the remainder of the superyacht being built to the owner’s own specifications and desires. 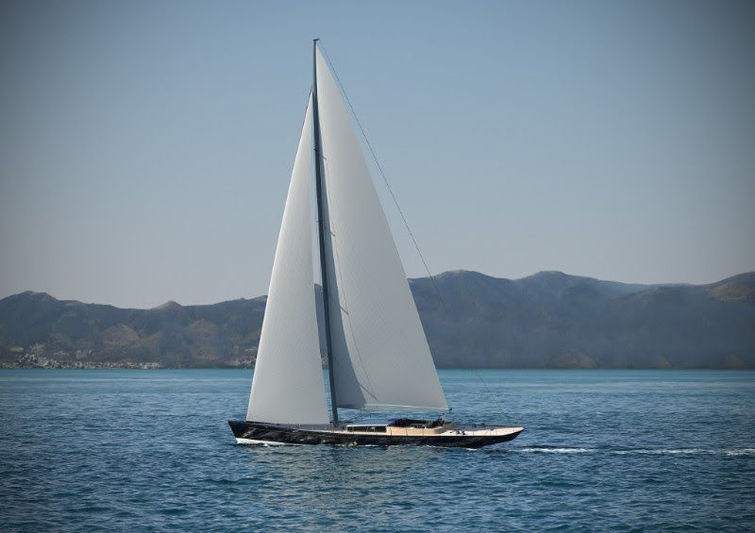 Photo: Royal HuismanThe existing engineering will include core technology platform for all operating systems such as propulsion, power generation, hotel and security systems, HVAC, hydraulics, mast, rig, sail plan and sail handling as well as fixed hull structure and keel. However, potential owners will be able to fully customise the shape of the hull, deck and superstructure.

Photo: Royal HuismanArchitect Mani Frers, from Frers Design provided bow and stern profile styling, hull sheer and superstructure designs, for Pura. Owners will be able to develop their own custom interior layout and choose one of three versions: classic, modern and retro. However, alternative looks and layouts can be created, for example, a reversed bow, or the owner cabin forward or aft.

Photo: Royal HuismanAble to accommodate up to eight guests in four cabins, Pura’s general arrangements include a master cabin with three twin guest cabins - one of which can be converted into a double cabin. In addition, the new concept is also able to house up to six crews members.

Potential owners will also be able to select a performance package depending on how they aim to use their new superyacht, such as a regatta package with a lift keel and performance boom, or a world voyage package with a retractable stern thruster and hydraulic telescopic passerelle.