Pure Superyacht Refit has completed the all-new MY Paramour; an outstanding CMN 43 metre displacement yacht which has undergone extensive redesign and refurbishment ahead of the 2012 charter season. She was launched last month. 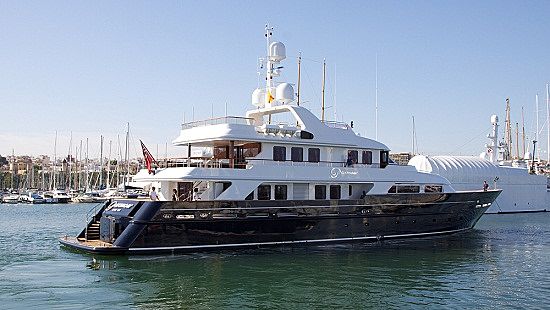 The refit works carried out by the Pure team, headed up by Nic Clarke, now make her one of the most desirable charter yachts in her class due to superior entertainment areas such as the new beach club style sun deck featuring two bars (one with BBQ), large Jacuzzi and dining for twelve, and an extended swim platform. These assets are only normally found on larger, more expensive charter vessels.

The appeal of the yacht was demonstrated immediately following the completion of the refit when multiple charter bookings were secured from those eager to experience her newly-created spacious relaxation and recreational spaces.

The project has also been deemed a huge success from a performance perspective since initial performance analysis and stability studies have identified that the refit work has led to an increase in these areas – a result that the team at Pure, the Captain and naval architect are extremely happy with. 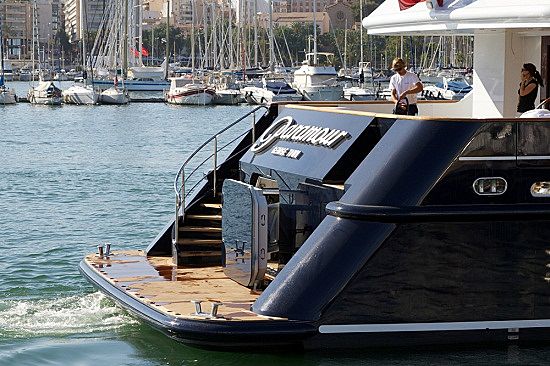 During the six months of the project the team at Pure carried out primary works including naval architecture and design, a hull extension, paint works, the design and installation of new sundeck layout, furniture and upholstery, and works required for compliance and approval to both Lloyds class and Caymans flag acceptance.

The project presented a challenge for the Pure team as the yacht arrived over three weeks later than was originally planned and their work load increased by approximately 42% over the original schedule during the course of the refit. Further obstacles were also encountered when a Lloyds ten year survey highlighted a number of non-conformity issues. Despite these challenges, Pure delivered the yacht six days ahead of the original schedule.

Nic Clarke, of Pure, said: “The team have worked painstakingly hard to exceed the client’s expectations and delivering the yacht ahead of schedule, despite the challenges we faced along the way, is a great testament to their commitment and effort.”

He continued: “This project was extensive in its scope yet the results speak for themselves. The re-design has opened up a whole new usable space previously not being utilised and will transform how the owner and charter guests will use the vessel. Having enhanced the performance of the yacht as well as the specification throughout, she is now a much more superior vessel than when she arrived. We have literally given Paramour a new lease of life which will ensure a long and busy future, and the owner is delighted.”