The second edition of the Qatar International Boat Show (QIBS) concluded last week. Held from 11th - 15th November in Mourjan Marinas, Lusail City, the show reportedly attracted in excess of 12,000 visitors who came to see over 90 exhibitors and 75 boats on display. I was at the show, to experience first-hand the show's potential. 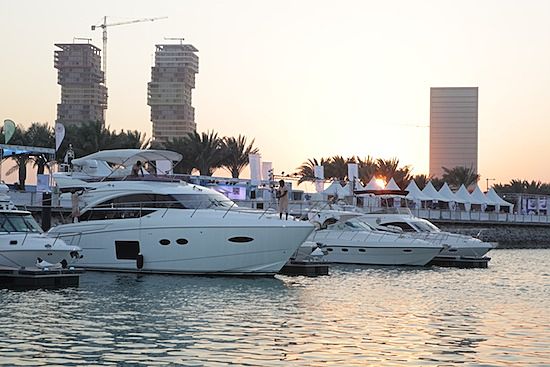 Inaugurated by H.E. the Minister of Economy and Trade, Sheikh Ahmed Bin Jassim Bin Mohammed Al Thani, QIBS boasted many improvements on the inaugural show. Just one of these was the newly upgraded exhibition area which comprised shows both on land and in the water with 10,000 square metres of water basin surface, and more than 15,000 square metres of pavilions and outdoor areas.

Boats on display included a Gulf Craft Majesty 101 (31m in length); Amer Yachts 92 (28m long); Behnemar 90 (27.5m); Al Omar Marine 88 (27m); and Gulf Craft 88 (27m). The largest boat on display was a 40 metre Floating House from Abu Dhabi-based Emirates Waves. However, built in Qatar by Al Mannai Marine, a luxury dhow stole the show this year. The 150 tonne dhow is 33 metres in length and incorporates the latest advancements in technology while maintaining the traditional look of a Qatari dhow, and as such, is the very first of its kind in a luxury dhow category with yacht specifications. The entire build of this design takes approximately 2 years, and currently Al Mannai Marine has 6 in production.

Among the exhibitors at QIBS, an array of regional companies participated, including Amwaj, Art Marine, Behnemar, Doha Yachting, Dolphin Marine, Domasco, Emirates Boats, Emirates Waves and Gulf Craft amongst many others, while international exhibitors such as Lürssen and Blohm + Voss were also present.

In order to highlight Qatar’s increasing role in the international maritime industry, members of the world’s media were also taken on a tour of the Nakilat (NDSQ) shipyard, situated in Ras Laffan. The shipyard covers a total area of 58,000sqm and includes a massive ship construction hall which is capable of simultaneously accommodating four vessels completely undercover. 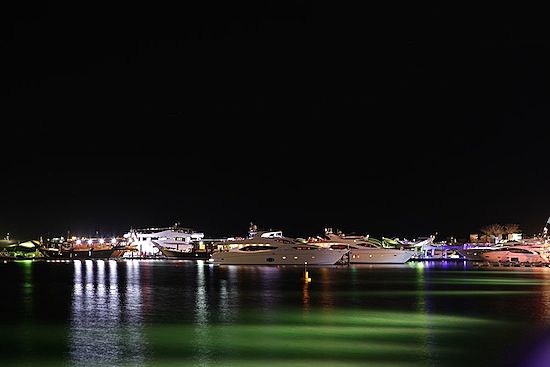 Essa Al Mannai, Chairman of SnowComms which organises QIBS, commented, “QIBS is a showcase for modern Qatar and its ambitions. It is being increasingly recognised around the world as a major shop window for boats and services in the maritime industry, especially in the Gulf Region. The success of this past week's show has without doubt reinforced our view that Qatar has carved out for itself in the international boat show circuit.”

As part of the closing ceremony, all the boats in the marina at Lusail sounded their horns for a full minute at 9pm. 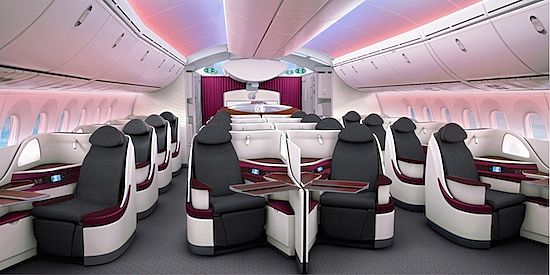 Special thanks to Qatar Airways, the Official Carrier of Qatar International Boat Show, who were kind enough to fly the entire media team of the QIBS to their destination. Flying Qatar Airways turned out to be a real eye opener. Their Business Class service is amongst the best in the industry, and service was impeccable.