A successful ninth edition of the Phuket International Boat Show (PIMEX) came to a close with successful sales and hot leads reported from exhibitors. The four-day Show – the largest consumer Boat Show in the region – has become known for its quality – quality products, quality exhibitors and quality visitors. 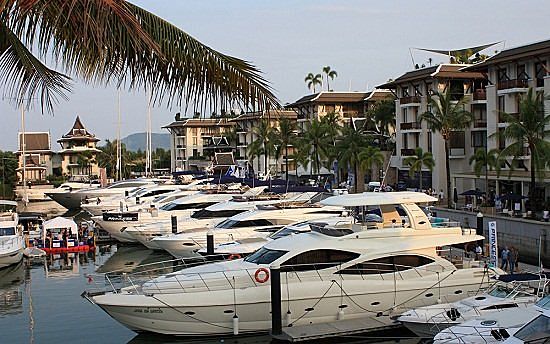 Alberto Perrone Da Zara, Direttore Commerciale, Ferretti Group, commented: “From shows like this, we tend to bring away very good leads,” adding, “This is a show that has a very high incident of success.”

According to exhibitors, the quality of visitors to PIMEX this year has resulted in sales, good contacts and many hot leads, which brokers expect to convert post-Show.

Lee Marine, however, made several sales at the Show including a Jenneau 53, and generated many qualified leads on other boats and brands they represent.

Tony Nixey, Managing Director of Go Boating Thailand said, “The leads we develop from the Show may turn into sales later. For us it's about developing relationships through the Show, and gaining friends at the Show, who will hopefully become partners with us later.”

In response to exhibitor feedback, PIMEX organisers moved the dates from January to late March for 2012, with the aim of encouraging a higher quality display of boats. This decision has been vindicated: 2012 sees more boats displayed than last year, with the average size of boat displayed being larger, and the quality of boats in-the-water higher than ever before.

“The display of boats in the marina is exceptional. The boat line-up, both power and sail, is of the highest quality and the average boat sizes has increased also,” commented Andy Dowden, PIMEX Show Director.

Craig Murphy, Managing Director of Sunseeker Thailand, said “We had a very impressive line-up of Sunseeker's on display, which generated a lot of interest and some high quality leads this year.”

PIMEX 2012 attracted an international exhibitor mix from throughout the Austral-Asia region, including Australia, New Zealand, China, Taiwan, South Korea, Japan, Hong Kong, Singapore, Malaysia and Thailand; as well as from Italy, The Netherlands and the USA.

The visitor demographic is equally international. The traditional regional markets remain strong with increasing numbers of visitors from Russia and Thailand.

In 2011, PIMEX welcomed an in-flux of Russian visitors and the trend has continued this year with exhibitors reporting qualified Russians interested in boats and marine lifestyle products.

A growing market also this year has been the Thai market, with more interested Thai buyers visiting the Show and researching boat buying opportunities. This is becoming a market more and more exhibitors are turning their attention too.

Mario Zanasi, Country Manager – Thailand, Simpson Marine said, “We are looking more at the Thai market. For this reason, we have a new Thai, broker, and we are really confident in the future of the Thai market.”