A radical 100-metre plus yacht has been launched from a beach in Indonesia at the PT Bahtera Bahari Shipyard. Known as the J7Explorer superyacht, the vessel entered the water by a method using large inflatable balloons, on which the yacht was rolled, similar to the historic method of rolling vessels into the water on timber logs.

Little is currently known about the vessel, which features military-style lines and a large, open aft deck befitting of the current trend in explorer superyachts. Reviewing the video, it looks like she has an opening at her bow, in the design of commercial landing craft. If any of our readers have more information about the vessel, please get in touch, as we would be extremely interested to find out more about her. 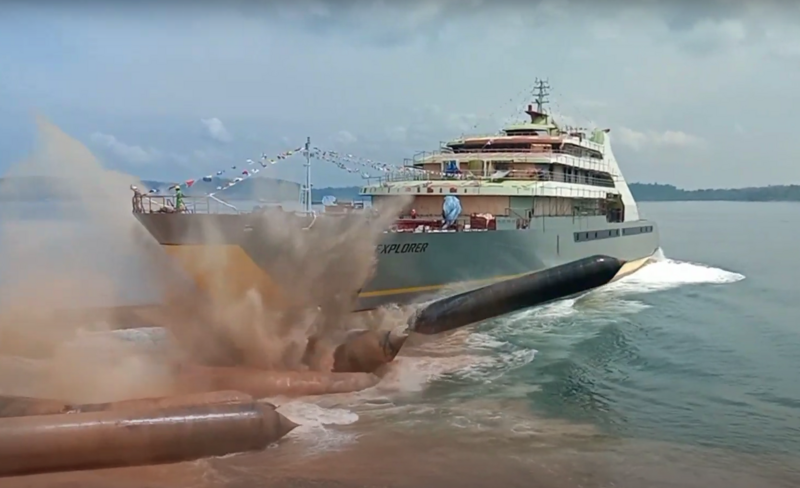 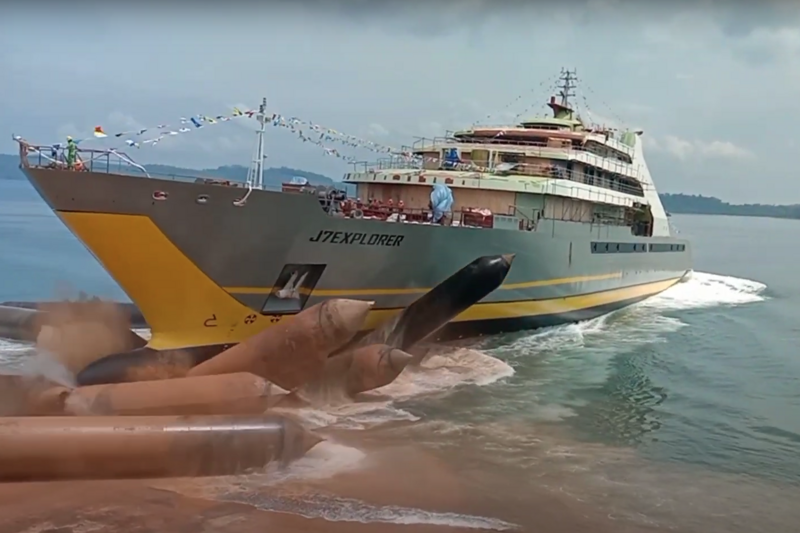 Photo: Andy Shaputra / YouTubeThe PT Bahtera Bahari Shipyard is located in the south east of the island of Batam and was founded in 2005. The J7Explorer is the first recorded superyacht launched by the shipyard, which has until this point specialised in the construction of tankers, diving vessels, landing crafts, tugboats and other commercial vessels. 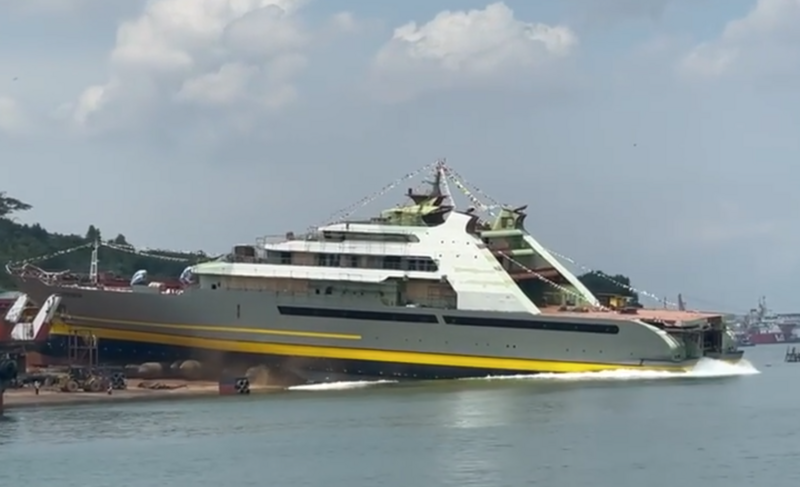 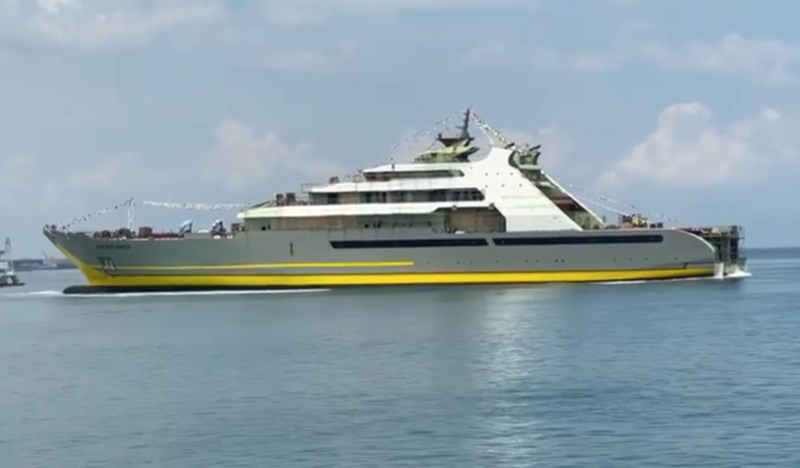 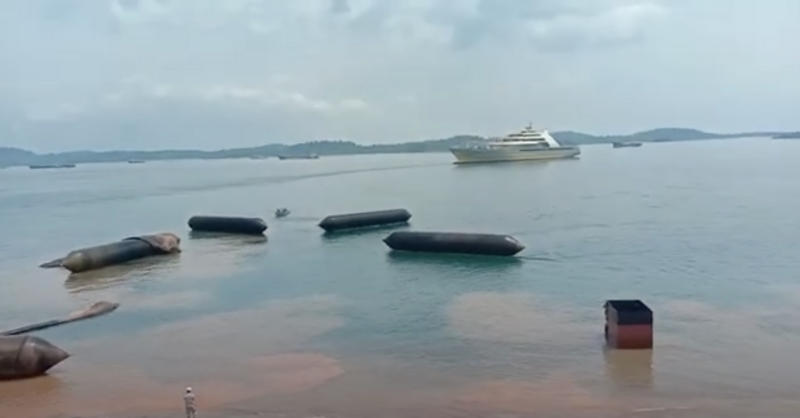 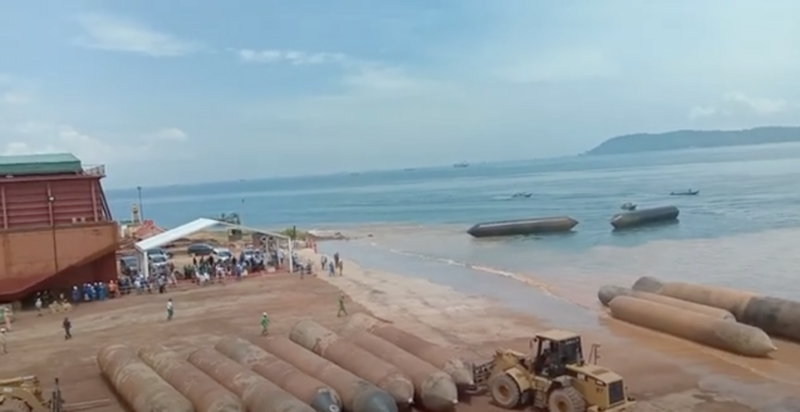 Photo: Andy Shaputra / YouTubeThe shipyard covers a 52 hectare site, which has been expanded over the years from the original 8 hectares. The yard sits on compacted ground with 320 metres of sea frontage with up to 20-metres of depth, making launches such as the above a fairly safe and standard procedure. 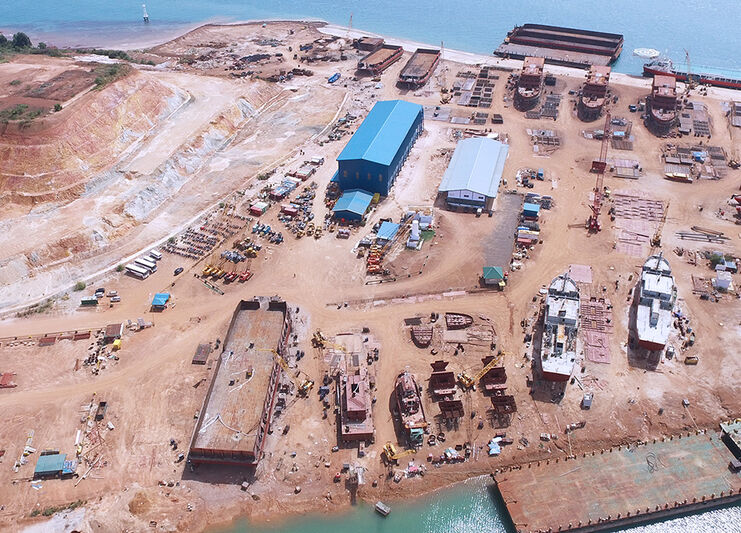 Photo: https://bahterabaharishipyard.com/Since the foundation of the shipyard it has delivered more than 300 vessels of all sizes, and has also worked on the refit and repair of more than 200.

While there are very few superyacht shipyards in Indonesia, there is a historic tradition of sailing yacht construction where yachts are built on the beach and pulled into the water at high tide. In 2021 we interviewed the owner of 65.2-metre Lamima which was built by C.V. Mutiara Murni in 2014. She was constructed in the traditional method from wood in the region of Ara, where this type of construction is part of a historic tradition. 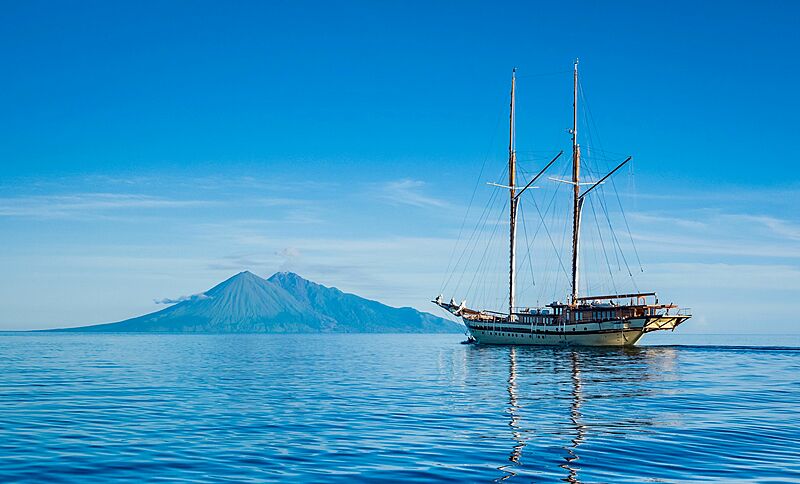 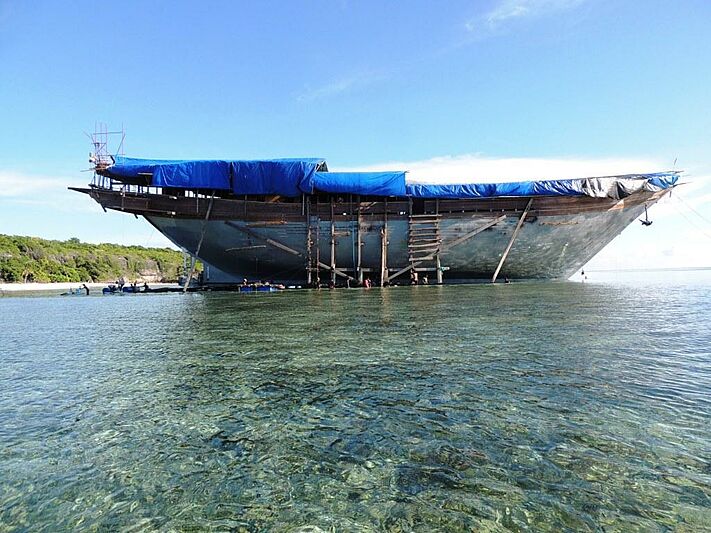 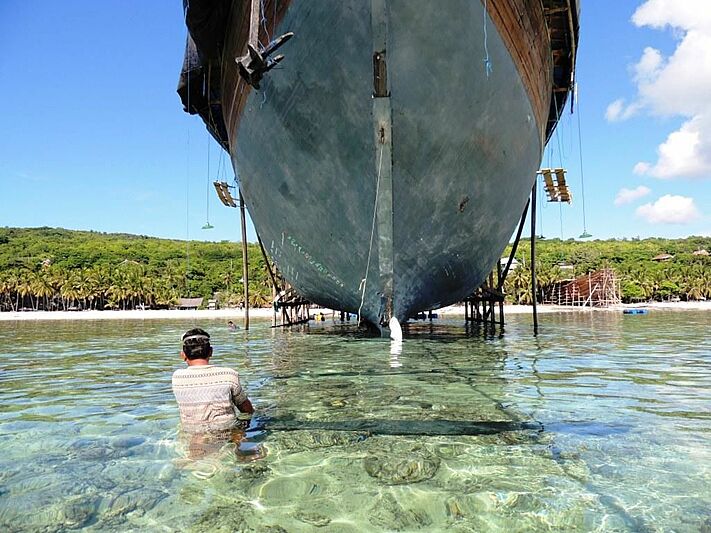