It may come as a surprise to some that although Dutch born and bred Bart Kimman, Managing Director of the Northrop & Johnson Asia franchise, is now one of the leading experts and professionals on the superyacht industry in Asia, when Kimman started his career superyachts were definitely not on his mind. In fact, Kimman enjoyed a successful 20 year stint in the finance sector before finally turning his hand to what had been a passion for him since childhood: sailing and the wonderful world of boating. 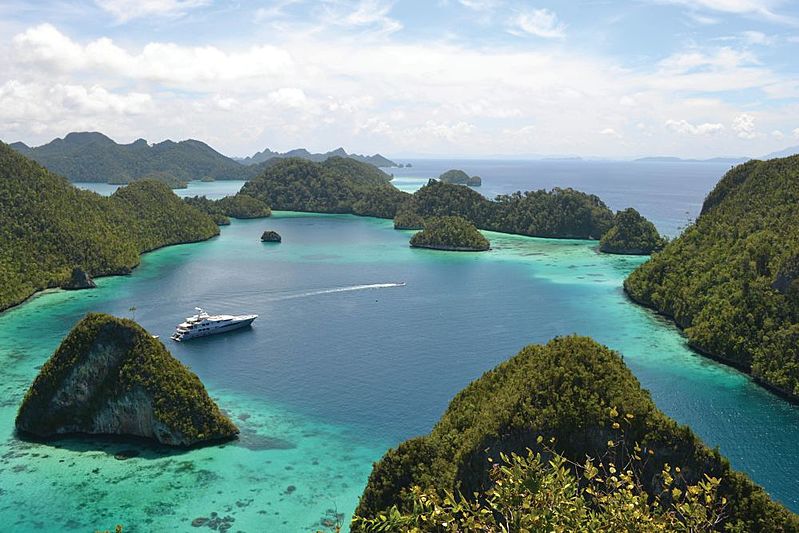 First taking a position at Simpson Marine as a yacht broker, it took just two years for Kimman to realise his own ambitions within the industry. Branching off on his own for some time, in 2008 the opportunity to acquire the Northrop & Johnson Asia franchise presented itself. The yachting knowledge Kimman had developed in cooperation with the fact that he had spent a vast majority of his professional life doing business and creating valuable networks all across the region, made a great argument to dive in at the deep end. And dive in, he did.

Everybody in the industry knows that despite being knowledgeable, charismatic and with a deep understanding of the various aspects of doing business in Asian countries, selling big boats in this region is (at least for now) set to be a tough task. This element of yachting in Asia certainly makes the latest sale at Northrop & Johnson Asia all the more sweeter, that of the 81 metre new build sailing yacht to be built by the sailing experts at Royal Huisman. 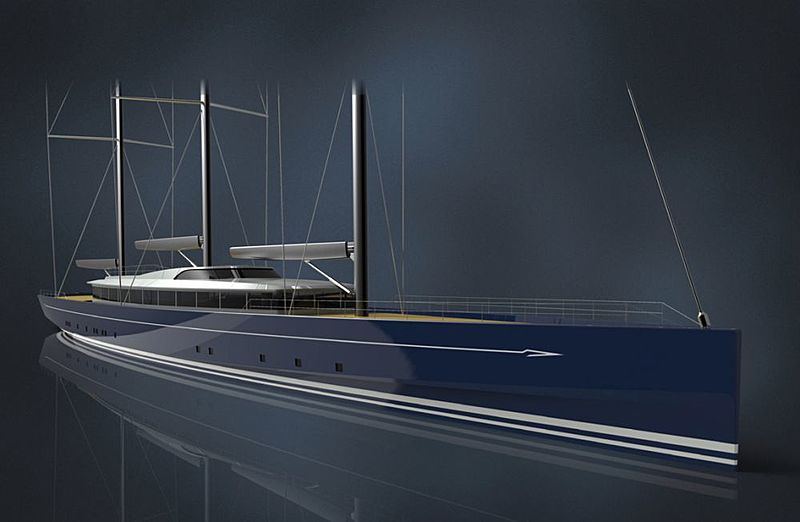 Sold to an Asian client by Kimman himself, the three masted schooner is set to take her place in the list of the top 10 largest sailing yachts in the world upon completion. Representing Royal Huisman in Asia, Kimman comments on the exciting new project: “The objective of the yard was to create a modern yacht - not a racing yacht, but a modern, fast cruising yacht that could sail around the world comfortably. One of our other objectives was that it should be run by as little crew as possible. This particular client wasn’t particularly keen on super luxury interiors, so it’s not a seven star hotel inside, but more of a family and friend oriented sailing yacht that can travel the world.”

Featuring contemporary lines and design, Mark Whiteley and the team at Dykstra Naval Architects have collaborated on the project to fully realise her owner’s dream - and realising one of Kimman’s in the meantime. He says, “She is the biggest yacht that I have sold in my career, and I’m extremely happy about that. It’s very special actually, because in 1975 I sailed the Rolex Fastnet Race for the very first time - you always remember the first one. The boat was built by Royal Huisman, she was called Spirit of Delft. Jerry Dykstra was my watch captain on the race. When I think about this new project, it all comes flooding back to me. Obviously now a lot later in life and much bigger than we ever could have dreamed about over 40 years ago!”

Once delivered to her owner, the 80 metre schooner will be one of a handful of impressive, Asian-owned, large superyachts in the area, including the 52 metre Mondango (now Q), the 67 metre Vertigo and the 43 metre Sea Eagle. With fewer and fewer new build sailing yachts being commissioned every year, this is an interesting development in Asia, as Kimman comments, “Everybody always says that sailing is dead, and I’m not quite sure if that’s true. I think yes, just like everywhere else, there are more motor yachts than sailing yachts, particularly in the higher end, but there a number of large sailing yachts all Asian owned in the region.” 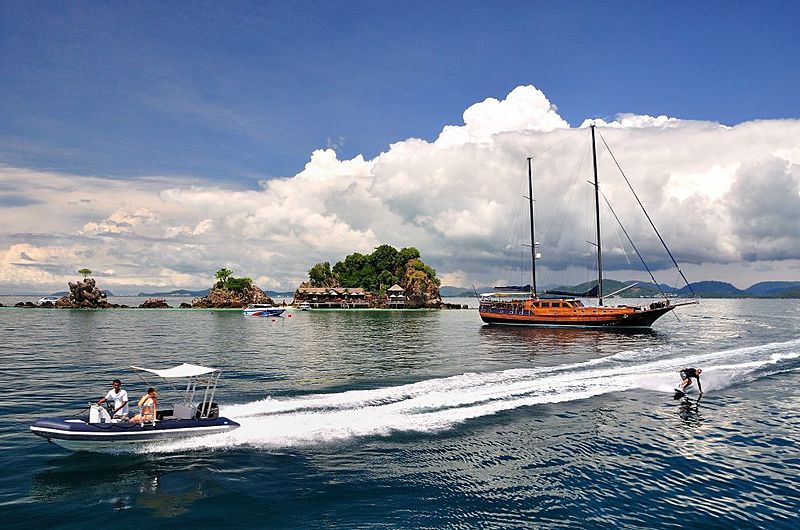 The presence of these superyachts is certainly a positive indicator in regards to the future of establishing a real superyacht industry in the region, but, realistically, the Asian industry still has a long, long way to go. But no discerning member of the industry needs to read another feature on weighing up whether or not Asia is going to be the next seriously competitive region of the industry in the foreseeable future - the discourse surrounding this topic is abundant. What is, perhaps, more important to consider is how exactly the Asian industry is going to bloom, and what is currently in place to facilitate that.

An obvious method of facilitation is found in educating potential superyacht owners and creating a buzz around what a superyacht can really offer with chartering, though as Kimman tells us, charter yachts in Asia are still failing to compete with long-established yachting hotspots in Europe and the Americas. “The upmarket segment of the charter business for Asian’s is the Mediterranean which is rapidly growing in popularity. What we get now within the region itself is at the lower end, so adventure charter, dive charters and so on. People are really getting into this in a big way, so I could see that growing a lot in the future and becoming the higher end of the segment.”

Another stumbling block to charter in Asia is found in the fact that it is only local flagged yachts that are permitted to charter in many areas, something in which Kimman identifies as one of the major restrictions of the market. And despite a substantial amount of talk regarding bringing European-built superyachts to countries such as Thailand, Singapore and Hong Kong and handing them over for charter to local professionals, Kimman tells us this is “not taking off at all.” 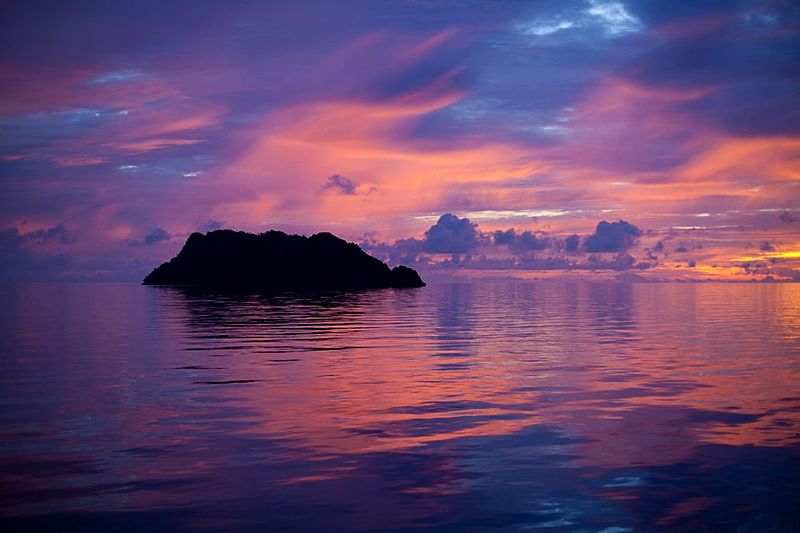 An additional and very definite issue restricting major developments vital to really lifting the Asian industry off the ground include the lack of infrastructure, as Kimman explains, “If we had no restriction on berths then the market would be booming at the moment. It’s very, very hard to get registrations and berths… I think that in five years there is a light at the end of the tunnel, and I think that the government is beginning to look into this in a more serious way.”

What we are beginning to see more and more of in regards to Asia in recent years has been the influx of Asian investors putting their money into the superyacht industry, with several well-known brands enjoying an injection of Chinese capital. Kimman elaborates, “Right now the market in China is not yet open, but of course the market is huge regardless. When these well known yachting companies came up for sale during the last economic downturn, the Chinese bought into them… I mean, Sunseeker they bought for very little money, as with Ferretti. So I think once they then open the market and start building boats for the Chinese market, they will control the company and enjoy the economic benefit. The Chinese are very smart businessmen and they look way ahead of the game.” 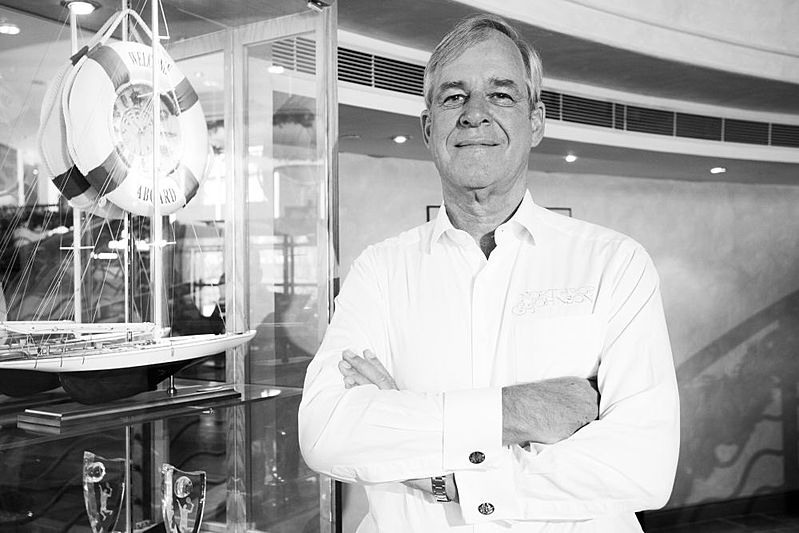 Whether the Asian industry will remain rooted in solid investments in the business or whether it will progress to producing superyacht owners excited to cruise across the less-travelled continent remains to be seen. With an experienced and passionate yachtsman such as Kimman on board as one of the major ambassadors of the industry, however, perhaps it will be sooner rather than later that orders such as the latest 80 metre Royal Huisman will be the norm, not the exception.

This article was featured in the latest edition of the SuperYacht Times newspaper. For a limited time only, we're offering up to 25% off annual subscriptions. Subscribe now and never miss another issue.