From 19 to 22 September 33,000 luxury yachting companies, yacht owners, wealthy customers and representatives of future purchasers converged on Monaco to meet up at the yacht show's 500 stands and aboard the hundred-odd superyachts on show. At last year's show there were signs of an upswing in the market. MYS 2012 confirmed the trend; slowly but surely, business is picking up. 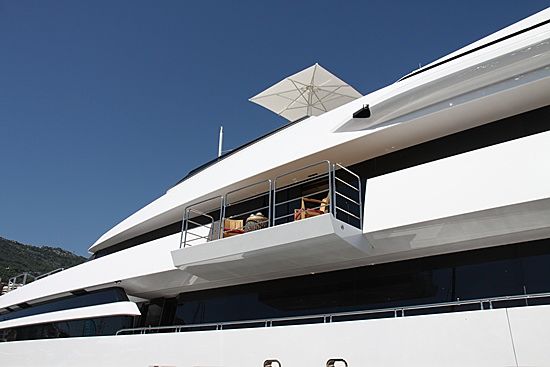 With yacht prices that have fallen significantly in the past four years and a wider choice, luxury yachting was already clearly a buyer's market, benefiting affluent customers provided they decide to buy quickly. In this competitive situation brokers and shipyards brought out their best selection of superyachts for the four days of the Monaco show: 103 superyachts of an average 46.70m length, including six mega-yachts of more than 70m and 38 brand new 2012 models.

Again this year the showcase spread along the Port Hercule quayside. Offshore 120 superyachts were at anchor, directly linked by tenders to the exhibitors on the docks. The constant to and fro of tenders showed that rendezvous diaries with potential buyers were full. 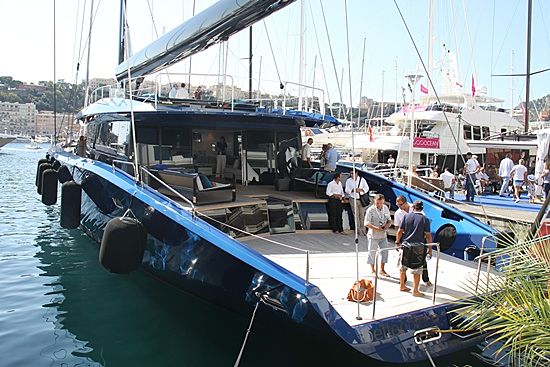 Because the MYS today represents a decisive step in the yacht selling process; Bertrand Vogèle, CEO of Yachting Partners International, considers it "The most important moment of the year; the Monaco Yacht Show brings together all the output of boat builders wanting to show their latest models, with important boats for sale. It's the superyachting Mecca".

Jonathan Beckett, CEO of brokerage house Burgess shares his view: "We had eight yachts on show, between 47m and 77m, and two catalogue items presented by the their builders as new 2012 models; we also had 25 other yachts at anchor offshore."

The boat builders had an equally successful show: "The 2012 Monaco show was a success for us. Much better than last year. But I imagine you've been hearing the same thing all day," said Henk De Vries, CEO of Feadship. "The 2011 show was itself the best there had been since the start of the crisis; the crisis is still with us, but serious people are keeping busy. We have to be fit and ready for the fierce competition but that's OK. If you sit complacently on your laurels, you're out of the race." 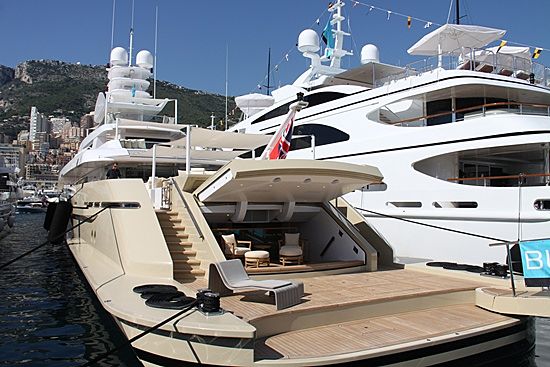 Theo Hooning, Secretary General of SYBAss stressed the need to be at the Monaco Yacht Show to promote luxury yachting to a new clientele of non-initiates: "Once again this year the Monaco Yacht Show has proven itself the most important place to be if you want to share in the experience of superyachting. With such a variety of superyachts on show and events like our Monaco Sunset party, visitors had a host of opportunities to discover and understand the nature of these exceptional boats." That was one of the big challenges facing organisers and exhibitors this year: to attract a new A-list customer base to the show so that they can experience this ultimate luxury for the first time.

Awards for three superyachts The official visit of HSH Prince Albert II of Monaco to the Monaco Yacht Show was the occasion this year for three superyachts to be awarded trophies: The 2012 MYS design award went to sailing yacht Vertigo (67.2m, Alloy Yachts) for the outstanding work by French naval architects Philippe Briand and Christian Liagre. The trophy, a superb crystal glass sailing yacht, was made by MYS partner Baccarat. 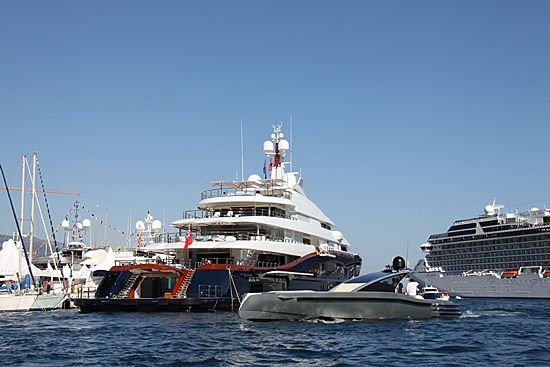