Alexander Marine, the manufacturer of Ocean Alexander yachts, has announced the recent sale of 4 new yachts for the US. These 4 additional sales combined with the prior 5, sets a new record of 9 new sales for a summer. 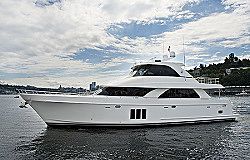 Ray Prokorym from Ocean Alexander’s Seattle office successfully completed the transaction for the sale of the new Ocean Alexander 78 Skylounge Motoryacht. Ocean Alexander wishes to express thanks to all its suppliers and technicians who put the finishing touches on this beautiful yacht.

This new 2014 78 Ocean Alexander will be on display at the Seattle Boats Afloat Show starting September 11th and ending on the 15th .

Louis Dvorak from Ocean Alexander’s Ft. Lauderdale office also sold a new 2014 78 Ocean Alexander Motoryacht. This version was ordered with an open bridge with enclosures that allows for use in all climates. The owners plan to take this 78 on a maiden voyage and return in time to show her at the upcoming Ft. Lauderdale International Boat Show with the Ocean Alexander display. Afterwards, the yacht will be kept in South Florida for the long term. 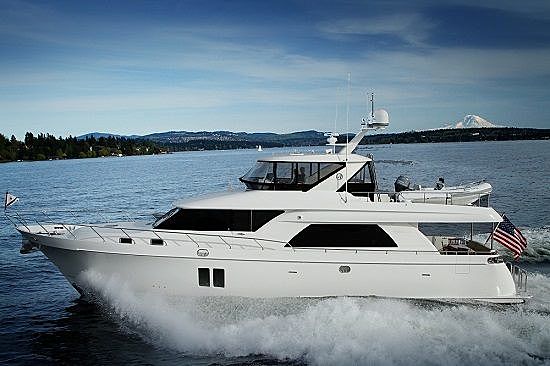 Lastly, Kevin McCarthy from the same Florida office sold two new 2014 72 Ocean Alexander Pilothouse yachts. The first was a custom order by a previous Ocean Alexander owner. They’ve owned several yachts by various manufacturers and when it was time to build their own, they decided to order a 72 to suit their needs. The redesigned master suite, crew’s quarter, and spacious galley were just a few of the details that appealed to the new owners.

The other new 72 Pilothouse was also sold to a former Ocean Alexander owner. He previously owned an Ocean Alexander 51, moved up to a 62, and will now own the new 72. He plans to use the yacht in the Bahamas and South Florida for most of the year and take it up to the Northeast for the summers. The Florida office is very appreciative of all its vendors, the yards, and all of the various personnel who made the commissioning and delivery of both yachts an outstanding experience for all involved.